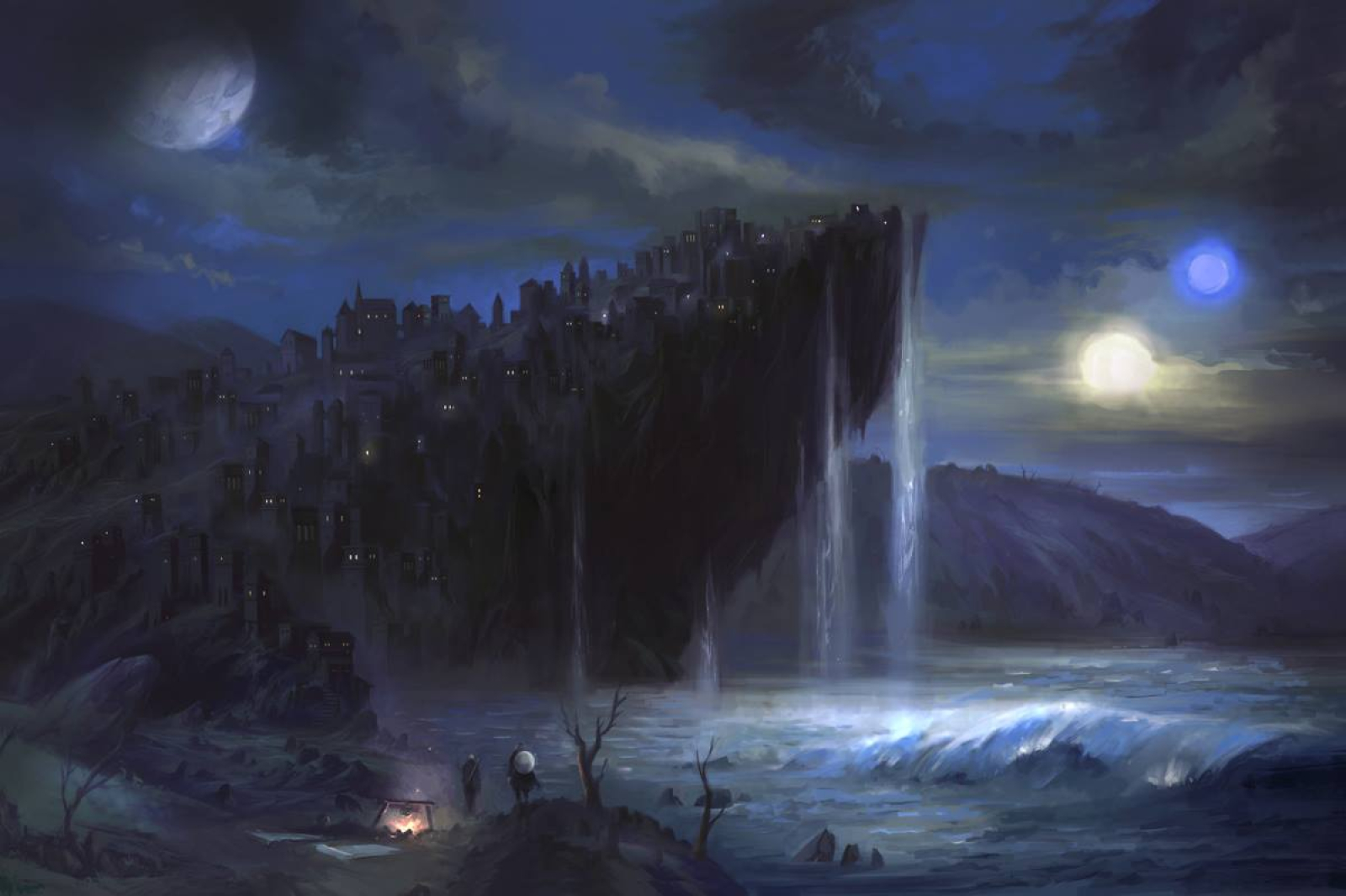 Aztrospect
The land of Gothrik is an ancient and weathered land that has withstood war and tragedy aplenty, yet even so its far spread and scarred lands have cultivated countless histories. None more recognized than the great Empire of Gothrik, which has presided in this land since the end of the Age of Dragons when the great archon himself and his children drove the beasts beyond the realms. Since humanity was first tricked unto the surface by the witch of Night

After the war between the gods and the creation of the barrier, which forced the gods to return to their eternal realm of Alesium atop the World Spire. The Empire of Gothrik slowly faded into ruin, shrinking to the first and most faithful lands of Gothrin as the realms and peoples of Gothrik fell from unity without the dwellers guidance. This degradation of the Empire was known as the The Age of Division, and was an age of mixed histories from decades of peace to frightful conflict.

The realms of Gothrik only called to unify once more when the barrier waned for the first time since its creation, 200 years ago. Threatening to give way to the many corruptive horrors that lurk beyond, The Realms still too divided to unite even in these times forced for others to take the role. 14 knights of Gothrik great fighters and warriors of renown rallied on a death march to restore the barrier. These brave souls marched beyond and only 4 returned but their task fulfilled and realms saved. And for the first time in centuries the dwellers spoke, awarding these brave knights to join them as knights of Alesium, and to act as eternal protectors of the realm. Three of the 4 knights accepted, However the greatest among them Sir. Ashan the Time Knight. Denied the dwellers gracious offer to instead stay within the mortal plane and restore the Empire of Gothrik, becoming the first Emporer in centuries since the Age of Division.

However even as a sponsored champion and hero of the realm, he could not sway the still separated realms to all rejoin the Empire peacefully. Most notably so with the Demihumans (Eldrin, Orcs, and Dusk Elves), Instead starting the largest civil war to ever befall the lands of Gothrik between the realms of the Empire of Gothrik and the Kingdoms of Theron that would be known as The Great Divide. The 12 years that followed were among the bloodiest, filled with grief for all peoples of the Empire. The war only end after the Battle of the Crackedoak. Where the forces of Gothrik triumphed over the Therons main force effectively putting an end to the bloody war. Yet even though much of Therons land was claimed the merciful Emperor allowed the Beast-folk to retain independence over the Elderwood after swearing to the empire.

And thus after such long years the Empire has returned once more, under the strong rule of one of its very own heroes. But yet even in its unity I fear Gothrik has not yet seen the worst, as corruptions seeps into the realms, mortals vie for power and position, brigands and beast prowl the unguarded recesses once more and even worse rumors have it of Essence beasts appearing once more.

I fear for certain a new trial for humanity is coming, and with it a new time fore hero's to arise.

Empire of Gothrik has 3 Followers