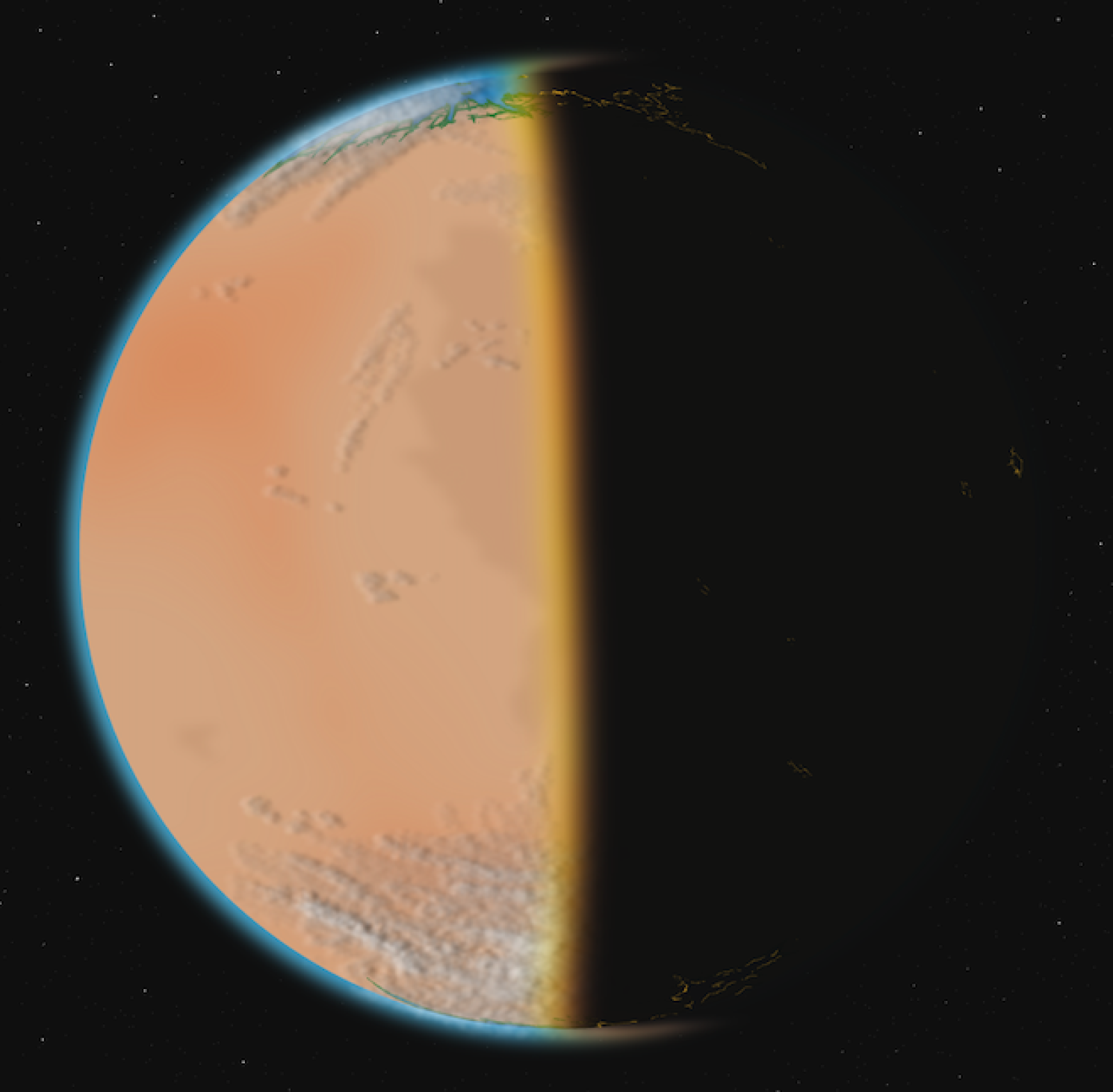 Umay is the fourth planet from Tengri, and the third smallest. The name "Umay" is the goddess of fertility in Turkic mythology and Tengriism and as such related to women, mothers, and children. Umay also resembles other earth goddesses in various religions and mythological pantheons. The main characteristics of the planet are the global deserts that cover ~%88 of the surface with polar oceans. It is currently ruled by the Umation Slave States.

The formation of Umay occurred 4.8 to 7.4 Billion years ago along with the greater Tengri System.
The exact date of Umay's first settlement is unknown, but relics offer a timeframe of 400-300 Pre-Separation. Umay initially had a weak carbon dioxide atmosphere (surface ~0.233 PSI) and no magnetosphere. The current consensus is Umay was in the process of being terraformed by Greater Terra starting around 200 Pre-Separation. The network of Canals and Irrigation systems seem to imply Umay's purpose would be an agricultural world once terraforming was complete.

The Separation led to Umay becoming the main point of conflict in the resulting resource struggles. The destruction of the Tengri Relay in year 1 Pos-S. The Umay Annihilation sterilized the planet of all life. No form of permanent resettlement occurred until 96 Pos-S.

Clans and kingdoms that formed were majority agricultural due to the demand for food and the still-existing infrastructure. The high demand for food, along with the large amount of menial labor required for operating the agricultural fields, led to the widespread use of slave labor by many of the groups that produced food. These groups joined throughout the second-century and third-century Pos-S from several cooperative nations that are referred to as the Umation Slave States.


Umay is divided mostly into its hemispheres, its Southern Ocean and Northern Ocean being Areas of large interest, and home to %90 of the total planetary population. The Greater Deserts are divided by the equatorial mountain ranges along with the Utapo, Totle, and Dark Sand Sea. 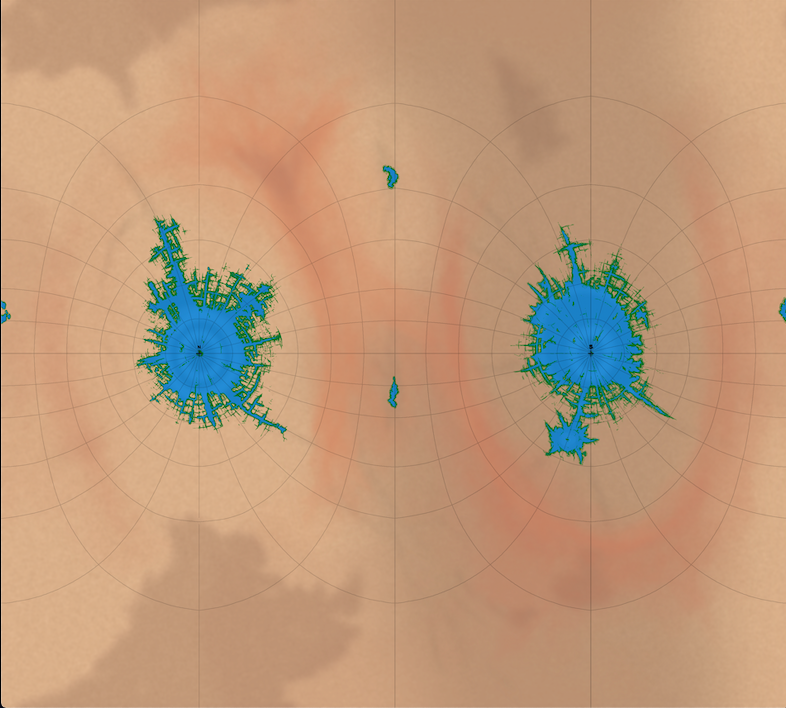 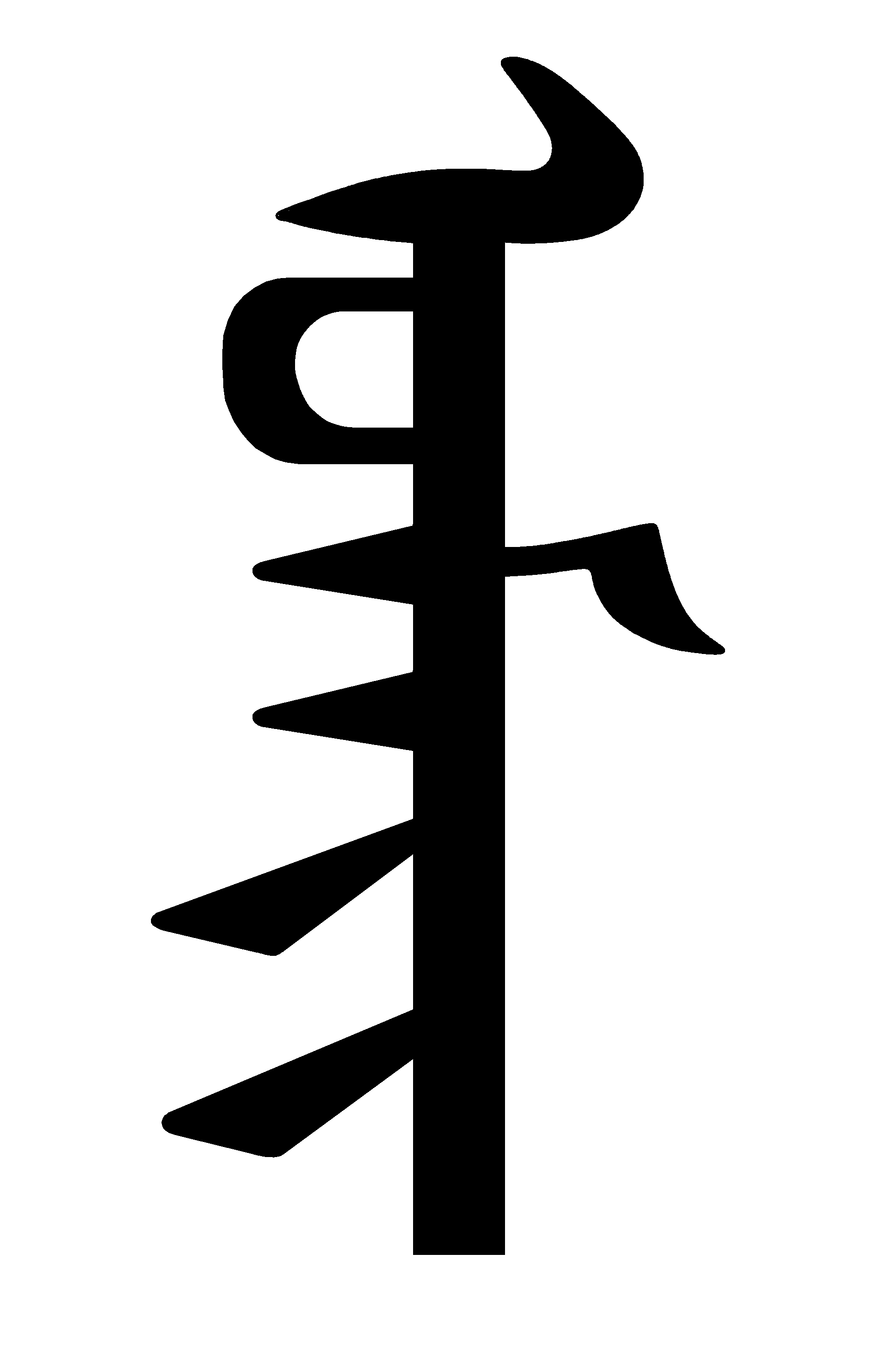 Umay in the native language