"Hey Cas, you remember the stories that we read about the Draconians?" "Yeah. Gods be damned if I ever fall in front of one of them. No tale about the Argonite⁣⁣s can convince me that they are scarier than the Draconians   "But still, you do have to admire their faithfulness and loyalty dont you?"   "Yeah but the reports give me nightmares. Them coming out of their territory more frequently, ruthlessly murdering any man who crosses their path, and all else, I just pray to the gods that we dont have an army of those marching on the capital"   A conversation between  Hans Christian Danielsen⁣⁣ and  Casper Christiansen about the Draconians

Draconia is the name given to the lands and territory inhabited by the Draconians- a race of bloodthirsty and incredibly xenophobic, isolationist anthropomorphs who resemble dragons. Draconia is not one nation however, as they are divided into three Tribes, each divided from each other but keeping as many diplomatic ties as they can with each other. Their tribal society is mainly a democratic theocracy for the most part, with the tribes being lead by a group of the most seasoned and experienced warrior priests, who are Draconian priests that can see the future to some extent and guide the community. As such, there are not much rigid rules to the Draconian society except when it comes to religion.   Having a fierce reputation for violently attacking anyone who trespasses into their territory, few people if any dare to go into Draconian territory. For they know that the moment they set foot into their grounds, they are marked for death.

The Draconians live a tribal lifestyle, with most Draconians employed in some form of work by the time they reach adulthood. The tribes are lead by a council of Draconian warrior priests, who practice a special form of magic that is unlike any other used by both mankind and the Argonites. being based almost purely on nature and natural forces. Their most fascinating power however is that they can see possible futures to a certain extent. Besides them, there are other positions in the society which dedicate themselves to various activities such as building monuments, educating young Draconians and many other things.

The Draconian tribes first and foremost policy is that they represent all the values of the Draconian religion, which revolves around worship of the Draconic gods and observing the way of life which the Draconic gods and their prophets taught to them. They usually want nothing to do with other nations and will only expand on unclaimed or uninhabited land so as to grow their numbers and access more resources for building more and greater monuments for their races.

"Don't underestimate those lizards. They might have the resources of just a single large town sized area but one of them is worth hundreds of us. Its better to avoid them at all costs'   Axel Chirstiansen, advising his niece Maximillian Christiansen about the Draconians whilst hunting in the Greenglade forest

The Draconians have very few material resources, owing to their control of a small area of land and their primitive technolog. Despite this, they have managed to harness whatever resources they can, such as using bronze and iron for weaponry as well as building materials alongside wood and stone.

"Out of all the Races on Elladia, the Argo remain one of the mysterious ones. No one knows even a single bit about how they originated. When the Imperium was formed, the Draconians were even then an enigmatic and dangerous race. What We know of them has mostly been through the efforts of field reasearchers in the Greenglade Brotherhood"   An excerpt from the entry to the "Beastiarium Elladia" written by Arch Magus Sarkanus Feldonar.

The Draconians have been one of them most Mysterious races in the entire world. Whilst early humans and Argonites did enter them, very little was known about them until the Imperium started conducting its Scientific research on the Draconians.   According to Draconian legends, the Draconian race had been sent down on this world as a test to determine their worth in the afterlife. That is why, they worship their gods with so much zeal. It is unknown though as to when the Draconians first appeared, but it is known that they have been inhabiting Elladia ever since man first arose from the cold alpine areas of Inaria .

"Your highness, the situation is getting worse day by day here. Not only are our rangers witnessing the most sinister of events in the forest, the Draconians have started going outside their territory. What was most surprising about them though is that they apparently had purple coloured skin according to the scribblings made by one of our deceased rangers". There is definitely some form of corruption lurking about here. Please, do send us some help."   A letter from a senior ranking Greenglade ranger commander to Hans Christian Danielsen

For the past few years, Sinister things have started happening in the Greenglade forest, and this includes the Draconians too. Many of them have started going outside their territories and hunting for Humans. Additioally, their skins have turned purple and many of them have started erecting sinister monuments which were wildly different from the ones that the Imperium always saw. It is only a matter of time till the coming Storm breaks loose on Elladia, and The Draconians will have to decide whether to fight against their heretic brethren and Arkanos or to join their corrupted brethren in Arkanos's unholy crusade against the gods. 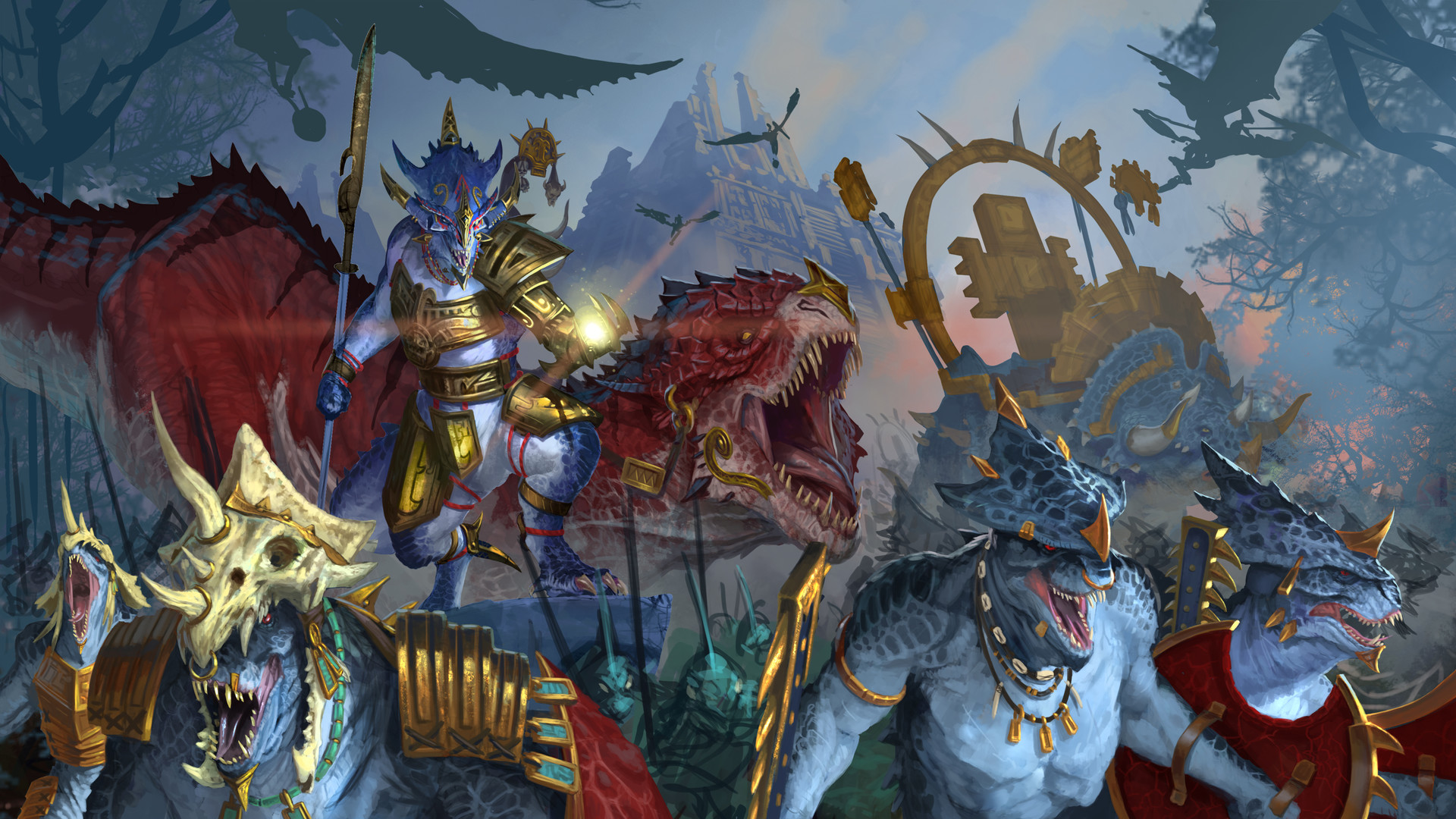 
Remove these ads. Join the Worldbuilders Guild
Other Nations

I'm a sucker for any lizard-like race -- I think they're so interesting, especially when played with a sort of neutral-evil vibe. I like what you've laid out here, the information is interesting and the layout works well. Don't be afraid to split things into columns though! I came up with a bunch of questions regarding the content, as you asked, which I've outlined below. Mostly questions that provide opportunities for you to provide more info!   One quick formatting thing, regarding the first quote, looks like you might need another line break in the first part of it.   I like the Council of warrior priests! I really want to know more - what does the council look like? group of 5, group of 10? what's the power structure like, within the council -- is there one with more power? This would be great information to toss in the sidebar. More information on how they can see possible futures would be great too -- it's a cool ability, I want to know more. Maybe some examples of wars won or avoided via this power.   Regarding their assets -- how are they able to become so strong with so little? Is it merely the strength of their will, and the strength of their body? Maybe you could showcase some of the marvels they're able to achieve with the primitive technology they have. More good sidebar info!   Slightly related to that, I'd love to know what day-to-day life is like for the draconians. Do they farm? Do they purely hunt? Is military service mandatory, or is every draconian battle hardened and militaristic by nature? Lots of opportunities to tell us more!   The quote at the start of "The Beginning" feels a little bit out of place... like it's talking more about the Argo, instead of the Draconians? Maybe try and focus it more on the Draconians first, and then also relate it to how both races are mysterious.   I really like the signs of corruption bit! It's very interesting the way the draconians are changing, and I like the details you've included. What kind of weird monuments are being constructed? Have the council of priests changed? Definitely intriguing.   Looking forward to see how everything ties into their territories and military! I think I'm especially interested to see how the corruption works its way into everything.   Great article man, keep on worldbuilding. Seems like you have an interesting world-wide conflict in the work, and it's neat to see that teased with these Draconians.