Heather Callow is a Freesian sanctioned knight living in the suburbs of Bigtown. She is the adoptive "little sister" of Daisy Garland.   Shy and timid, Heather is docile and generally goes along with whatever everyone else is doing or says to her. She is easily intimidated, so friends or family usually take on a protective role to her, particularly Daisy, who as implicated above, acts as an older sister to her.   Heather is ashamed of her meekness and desires to become a stronger person, but she doesn't want to be unappreciative of the people who care about her.

Heather is a blue-eyed, auburn-coated Freesian just under "average" height at about 5'4" (162cm). She has a petite, nymph-like build with a modest bust and mildly curvy hips. She has luxuriously long red hair in twintails with bangs swept over one eye, an opposing harpy cowlick, and curled sidelocks. Her tail is fan-shaped with bands of auburn, dark brown, red, and white; the underside is paler than the topside. She has a small beak by Freesian standards.   Heather's cheeks, arms, and legs bear yellow highlights, and she has white talons / claws.

In casual settings Heather tends to dress modestly in plain, pale colors monochromatic to her coat, so as to avoid drawing attention to herself. She prefers a mid-to-long skirt usually reaching to her knees.   As a magic knight, Heather's official chivalric regalia are far lighter than that of a fully-armored warrior like Silana, and more brightly advertised with shades of blue, red, and gold. She wears a tunic with a layered skirt, blue cloth with a gilded border over a short red bandolere and white lace. She has cuffed dark blue knee boots, also with gold trim and corset lacing at the front ankle, over white thigh socks. A transparent navy cape attached to the nape and shoulders hangs down to about thigh-level.

Heather is almost always the least-threatening thing in the room.   Though she was bullied for much of her childhood, Heather bears little to no resentment and is good-hearted and trusting. She is bashful, especially around strangers or recent acquaintances, and tends to listen more than talk. (But she's very good at listening.)   Meek in most circumstances, Heather's apparent cowardice can unexpectedly give way to an abrupt courage; she hates feeling weak or helpless, and doesn't like to rely on others to the point of being a burden. Due to the rarity of her temper or assertion, Heather is one of very few characters who can immediately curb Daisy's anger.

Heather is a trained magic knight who specializes in a short sword. In Elae Meltaea terms, she is considered a Sword Dancer, and ideally should not get hit.   [Subject to change] Heather's magic focuses on cold & ice, which she most often uses to create walls between herself and scary things. Of course, she is also able to energize her sword to hopefully freeze things that she smacks with it. As Heather's power is over cold and not water, an existing nearby source of water makes her magic considerably more versatile.

Heather grew up in "the Fringe", the suburbs bordering Bigtown. Being petite, adorable, and shy, she was bullied by the other kids and quickly found herself under Daisy's protection.   As they matured together, Daisy naturally decided to enroll in a knight academy. On the spot, Heather insisted on enrolling with her in the hopes of becoming stronger and more independent.   Something something something Sword of Dreams happens blah blah blah. 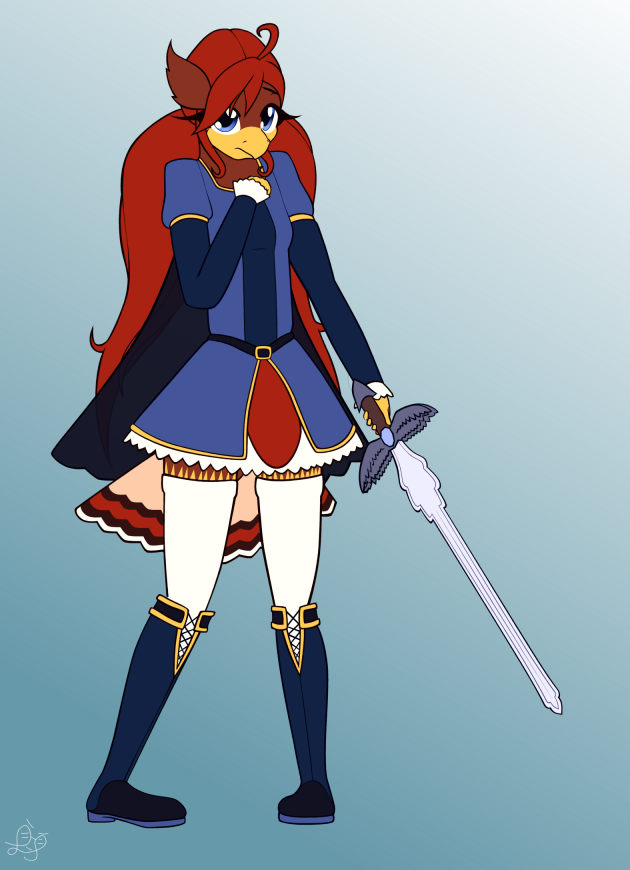 
Remove these ads. Join the Worldbuilders Guild
Other characters