A talented bard and rogue working in the service of The Shroud. As a kalashtar, his telepathic abilities made him an outcast in Glace's hierarchical society and turned him towards a life of crime. His small-time thievery caught the attention of The Shroud, who offered him stable work and a community of fellow kalashtar at the organization's headquarters in Kanara. For months he worked on shoring up The Shroud's defenses and protecting it from divination spells, but in the spring of 908 he was given a job by Medraad Le Fey himself to travel into Gameth and investigate a budding cult.

Despite his team's success dealing with the eldritch forces threatening the Gamerian town of Watchtower, was stuck filing paperwork and shoring up the headquarter's defenses for another decade while allies like Sonia Belmont became regional leaders of Shroud operations. A loyal company man, he enjoyed working for the Shoud no matter the size of the job. 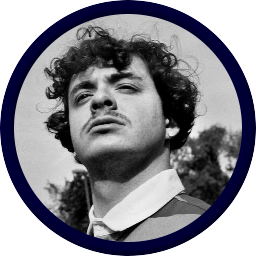