Don’t believe Loopmottin’s lies!! Her incantations are illegible, her evocations are erroneous, and her rituals are ridiculous! Sign the petition at your local tavern to have her reported to Paoli and BANISHED from Galway! - from a flyer found by Phaedra

Month 8, Week 4, Year 918
Before settling down for the night in Galway, the party had to first figure what was up with Phaedra. Eyes wide and muttering about some eye on the wall, she was holding a flyer written in gnomish when she finally made it back to the Indigo Room. Argus kept her tied up while Ysmyrelda translated the flyer, learning that it was written by some local shopkeeper complaining about a freewheeling wizard named Loopmottin. Upset by Loopmottin's flagrant violations of arcane laws in Galway, the flyer's author ordered people to add their names to a petition and have her banished from the city.   Argus discovered some of these petition forms, and later that night the party visited Orla's Oddities to see if the flyer's author was responsible for Phaedra's condition. Orla insisted that Loopmottin was to blame, but she offered to cure the sorceress-bard for a mere 25GP. The party declined the offer, and after Zan'kiri had inspected some authentic ghost dust the party retired to the Indigo Room for the evening. While Phaedra rested off her magical high, Windred tried deciphering Zan'kiri's encoded thoughts but unfortunately came up short. She confided in Ysmyrelda about her telepathic sessions with Zan, and Argus advised Ys on the merits of seeking vengeance against those who had wronged you.   While constructs hurried about Galway on hundreds of errands at the break of dawn, the party boarded a carriage for Ardin and their next mission. Escorted by a Treeleaf Union halfling named Jasmine, the driver was a little reluctant to escort a grung like Bubbles until the party promised to keep them in the barrel. It was a two-day's journey from Galway to Ardin, and while Jasmine had plenty of experience riding through these roads she still needed Phaedra's bardic inspiration to make it to their destinations before nightfall. The party stayed at some tavern on the edges of the marshes known as the Landharbor, and by the end of the second day they'd made it to Ardin right as the sun began to set.   Ardin had to be built rebuilt from the ground up after its annexation by the Treeleaf Union, the land still scarred and flooded by the Sunken God's Reign of Terror. The Fortunate Five found the tavern where Kirby's contact Jezebeth Rahal was staying, and the bartender was more than happy to provide Bubbles with plenty of baklavas. Zan'kiri and Windred went outside to capture some rats to 'feed' Phaedra's pet snakes, and along the way Windred transformed into a snake herself to test her hunting abilities. It was tough goings at first, but with Melody's encouragement she gave a quick prayer to Merrshaulk and managed to nab a rat for Zan'kiri's bag of death. Upon returning to the tavern they found the rest of the group talking to a tiefling woman who eagerly asked Zan and Windred to sign their names in her autograph book. Reluctantly, Zan agreed. 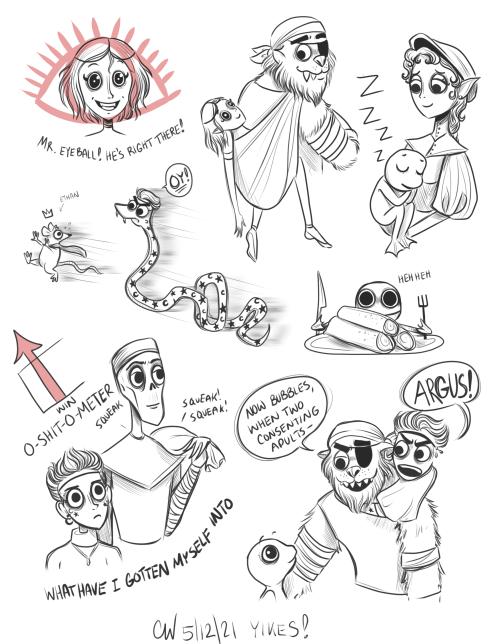