Month 9, Week 1, Year 918
The Fantastic Fellows returned to Ardin after some disturbing encounters in the marshes, choosing to cash in their hard-earned bounties for some shopping in Galway. Every party member gained more than 1,000GP for better items and weapons, purchasing everything from spellbooks to elementals in the mesmerizing city of Galway.   Before leaving town the party spent a day in Ardin wrapping up unfinished business and collecting the bounties on the ghosts and giant sahuagin. Argus took the time to meet up with Jezebeth, who was dejected from a letter sent by Kirby denouncing her aetherforged project co-signed by the leaders of the Avventuri and Royal Knights Brigade. Argus advised her on the importance of being powerful enough to stand up to your critics, and with this reassuring conversation she felt comfortable enough to meet up with the party that evening for dinner. Zan'kiri asked about why the Elflands hadn't performed a mass ritual to exorcise all the undead spirits, and later Argus and Jezebeth danced to some old songs played by Phaedra and Ys. Bubbles ate half a dozen cannolis like a yoshi.    On their last night in Ardin Windred had another dream communing with Merrshaulk where the goddess offered to bless Windred with a power that would stop Craghan from communicating with her. Windred politely declined, still a little suspicious of the deity's motives. The next morning Jezebeth tried removing Craghan's tattoo curse, but it proved to powerful for her magics. The spell did help Windred recall her first encounter with the mysterious gith, scarred and wearing Gamerian traveling gear.    Month 9, Week 2, Year 918
With Jasmine's help the party made it back to Galway for a week of shopping and relaxation. Phaedra obtained an audience with the wizard Loopmottin, whose eyeball constructs (spyballs, if you will) had made Phaedra hallucinate for several hours a couple weeks earlier. The gnomish wizard railed against trains and modern transportation, advocating for a return to the old ways of teleportation circles. She offered to provide Ys and Phaedra with some enchanted items for fast travel around around the continent, but Bubbles called out Loopmottin on her bullshit and the party declined to pay for any of her subscription fees. Stocked up on magic items, the party headed back into the Treleaf Union to deal with more spirits and sahuagin. 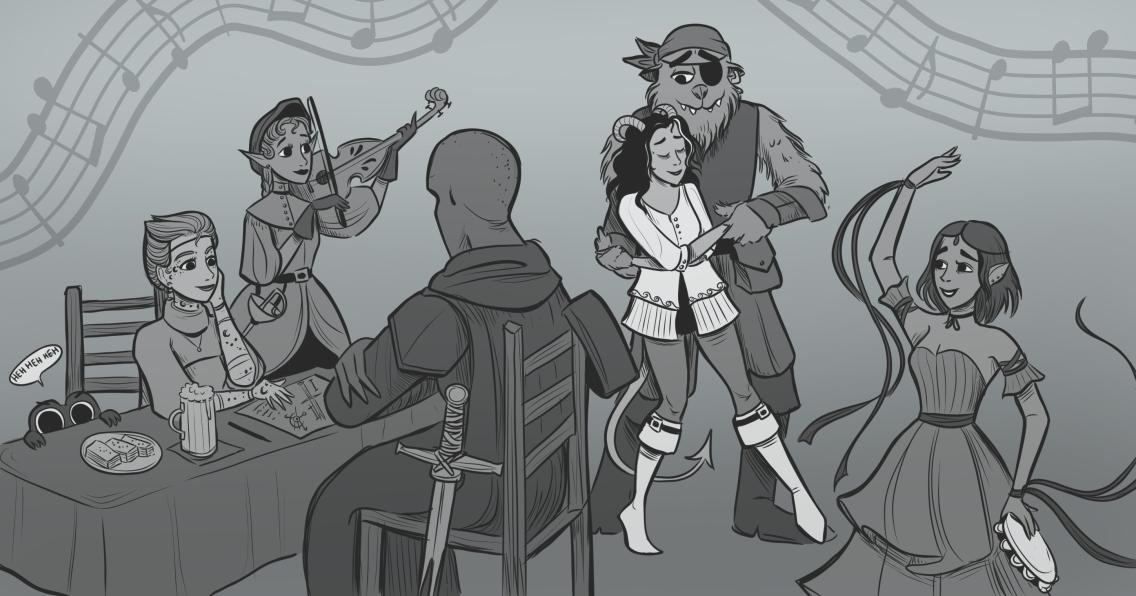 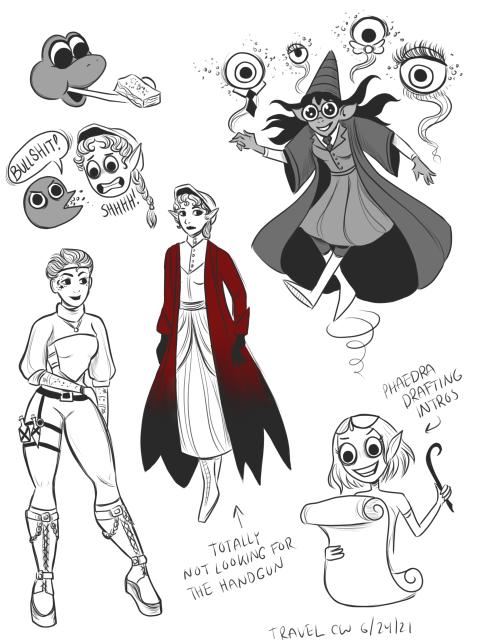