Month 9, Week 1, Year 918
With one more day left in Ardin, the Fortunate Five made their final preparations before heading out in search of a chalice that would help them in the fight against the ghosts haunting the marshlands. Zan'kiri spent the evening on an ironworking project, Ys picked up her newly-silvered rapiers, and Bubbles had an unproductive day of magic lessons with Jezebeth. That night the tiefling inventor told the group that she wouldn't be joining them on this next leg of the journey, perhaps upset by the party's muted reaction to her aetherforged project. There was at least one person in the group she seemed interested in: Argus, who spent the night with her and pored over some of her diagrams (if you know what I mean).

That same night Windred had a vision of the yuan-ti goddess Merrshaulk, who offered to deal with her Craghan problem if Windred merely worshipped her from time to time. Intrigued, Windred promised to have an answer in a few day's time.    The party decided to take things slow on their journey to Liadon Keep the next day, keeping an eye out for any spirits or sahuagin that could attack them along the way. Zan'kiri's craftiness continued as he helped assemble a temporary shelter from the rain that night, keeping watch with Ysmyrelda where she proved to be quite open-minded to Zan's plot to kill Jezebeth.

Thanks to Zan'kiri's perimeter of lanterns Ys managed to spot a horde of scarecrows rushing towards the party, being pulled along by some shadowy puppetmaster. Windred was nearly dragged away by the spirit, but out of nowhere Argus summoned a strange-looking drake that rescued the kalashtar from the puppet-master's clutches. The rest of the group incinerated the scarecrows with ease, collecting some extra vials of ghost dust for their ever-growing collection.    Winding down from the fight, the party got into a conversation about secrets and conspiracy theories. Windred was mulling over Craghan's mention of THEM in a recent tattoo, and Phaedra talked all about the different rumors she'd heard about the shadowy halfling group. The discussion turned towards other secrets the party had been keeping from each other, like when Windred revealed to Phaedra that her pet snakes worshipped Merrshaulk. Shocked to discover that her childhood pets were in the service of such an evil deity, Phaedra started crying while Ys and Bubbles tried to console her. As the unpleasant evening dragged on, the Fortunate Five tried to get some more rest before finally arriving at Liadon Keep. 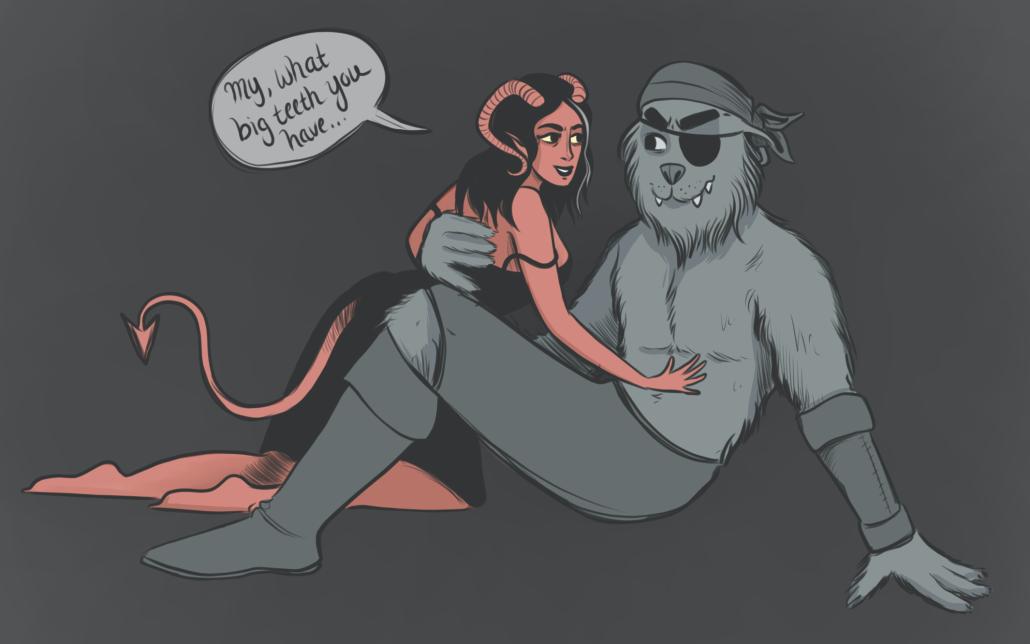 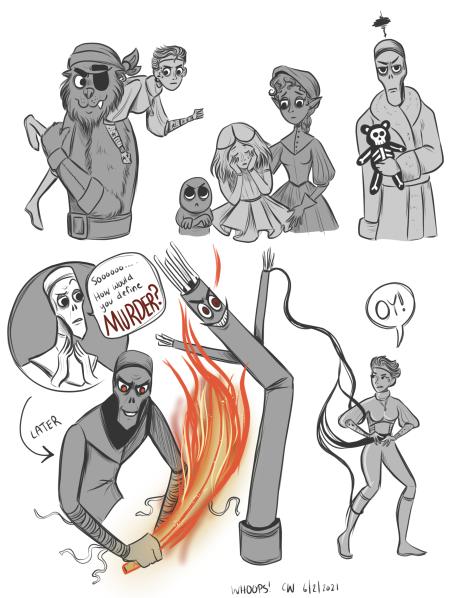