Oenoga (Favor of the deities)

Who will the deities favor this time?

This game was created by a Moi toy maker in the city of Uma. It’s a quick, casual game for friends and family played while waiting for something.

Players: 2-4 (with as many people as you want to with the extended decks or more copies of the same deck) In the beginning, this game was played with a deck of 16 cards (four deities with four cards each), but during the years it has evolved and in some cultures, it is played with even bigger decks of cards that you can collect.


Parts of a card

You win when you have the most upturned cards after a game.

For 2 people: 1. You decide how many rounds you are going to play. (2, 4, 6 or 8 if you are using a 16 card deck) 2. Generally, the person who isn't the owner of the deck shuffles it and distributes the cards. (2 each for 2 rounds and so on) Do not show your cards to your opponent. 3. Both players look at the cards and decide in which order they want to play their cards. (Or don’t, maybe you want to go with your instinct, that’s fine...but you at least have to choose your first card.) 4. The owner of the deck asks if their opponent is ready and when they have received an affirmative the both of them hold up their first card, still with the back to their opponents, and the owner proclaims which one of the stats that are fighting (Physical power, Magic Power, Experience or Special.) 5. They compare the stat and the person with the highest stat have won that round. The winner places the card with the face up on the floor or on the table. Wherever it is convenient to let the cards lie. The loser places their card with its face downwards. 6. Now the owner and the opponent hold up their second card and the opponent gets to choose the stat they are fighting with. 7. Repeat 3-6 until you are out of cards. Whoever has the most cards with their face upturned wins.   For 3 or more people:
Do the same steps as for 2 people, but for 3 or 4 people you can only do 2 or 4 rounds with a 16 card deck. That is why the game later evolved into bigger decks. Even though that watered down some of the meaning of the original deck. 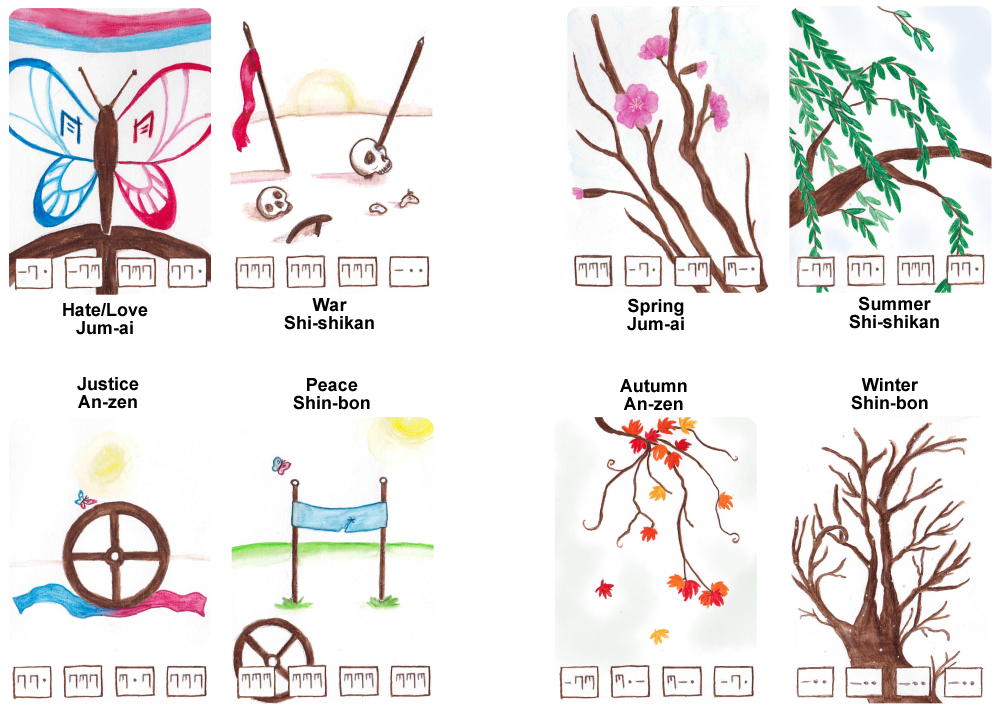 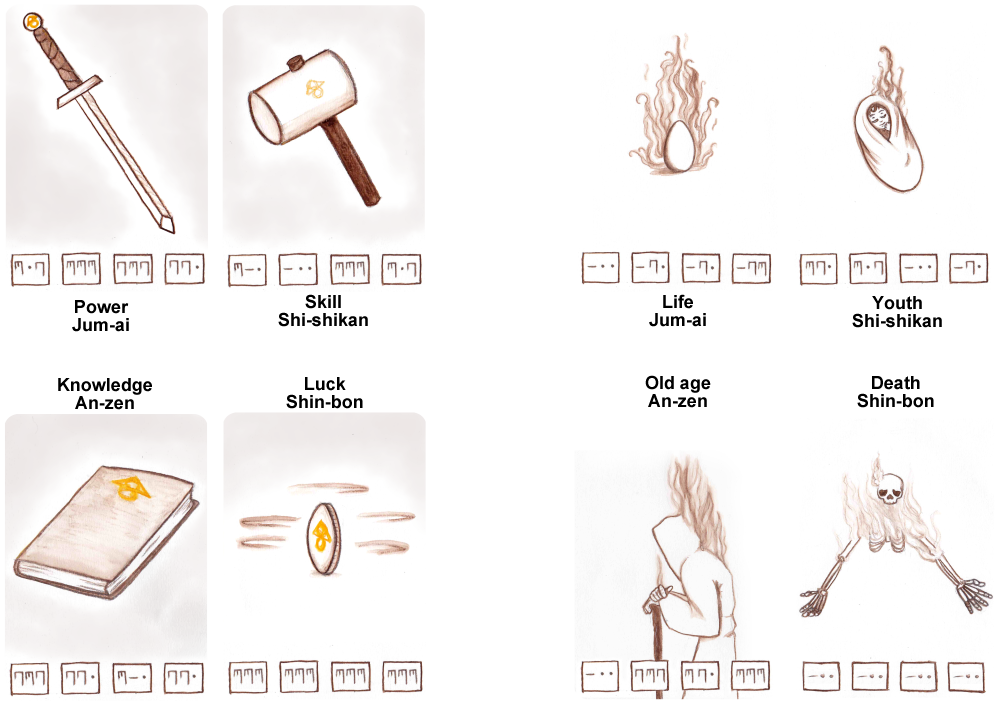 When I was little I had a favorite board game. It was my favorite because of a card mechanic that I liked. I still vaguely remember it now, a lot of years later. So when I saw the game contest I thought that I wanted to do something with that. So I searched for the TMNT game from 1987 because I wanted to check up on the rules. Sure enough, the board looked like I remembered it. But not the cards, they looked nothing at all like what I remembered. I was stumped and just based this game on what I recalled. :/
— BasicDragon

Rin-Rin thank you so SO very much! <3 We will be playing Oenoga today!

Your card art is so good.