A wish among many

A wish among many (shortened to WAM by it's fans) is a webcomic, illustrated and written by a human named Ezra Winzer. The webcomic chronicles an event that takes place every 100th year in Ezra's fantasy world of Woan.   Since the webcomic's first page it has rapidly grown in popularity and it is now among one of the most popular webcomics online.

As a child, Ezra came up with his own cast of deities that he created small stories for. They were reminiscent of the pantheon of thirteen from the Undre religion, which his parents were a part of. But as the deities grew with him they lost much of the likeness that they had with the pantheon of his youth, even though they share some similarities with their predecessor all of them have grown into fuller characters.   The old fans (mainly his family and "extra special fans" that have dug up his old drawings) are a bit sad that these old characters won't make a reappearance in the new version.

The old Deities, Hamen, Barrel and Zom. by a young Ezra Winzer (BasicDragon)


This information is found on the webcomic's official site.
In the beginning, there was almost nothing. Only faint breaths echoing across the vast darkness. Then there was Dimi and Janet. Dimi placed the stars, the sun and the moon in the sky. After resting for a bit he created the planet Woan and filled it with water and land.   When he saw that it wasn’t half bad, he created deities from precious metals. The deities quickly grew bored so he created creatures from mud for their enjoyment, but that was not good enough for the deities, so he created mortals from colorful rocks.
Show spoiler
“Those spoiled brats...” -An eyewitness that doesn't want to be named
The deities played with them, but when the deities started to play roughly Dimi realized that he loved his creations. He had to set down some rules for interaction. No creatures or mortals could be hurt and their lives weren’t allowed to be changed. The mortal's choices should be their own, even if it led to their downfall.   The deities agreed with this, though, some did so reluctantly. After that, the deities spent their time in leisure. Drinking wine, playing games with each other and watching the mortals from their realm of magic.   This did some of the deities unhappy. Dimi loved his deities too, so he didn’t know what to do. This is when Janet stepped in and set up the Challenge.


The webcomic starts with a couple of pages showing a fierce battle between a lot of people. It appears to be a fight with no sides. Everybody is fighting everyone. A few pages later the view moves towards an obelisk stretching towards the clouds. The view moves upwards and we see a flat large surface on top of the obelisk. The surface is decorated and 15 chairs are placed there. Only two chairs are occupied.   The readers are introduced to Dimi and Janet who are wondering where the deities have gone off to (they have never been late for this event before) when said deities start to arrive.   While the deities who have arrived watch the fighting down below them the readers learn a bit about their personalities and they also learn that this is a battle that has taken place every 100th year for almost as long as the world in this webcomic has existed.   Out of the bruised, wounded and dying combatants down below the 10 deities and the titan are to choose their own avatar, who they will bestow part of their power onto. The avatars are then to fight each other (with both brains and brawns) during a month’s time and eliminate the other avatars. The avatar that wins will get a wish granted and the deity of that avatar will get the glory, and become the new titan.   Well...betting among other things have started to take place...the event is getting a bit old for some of the deities.


The God King and Queen 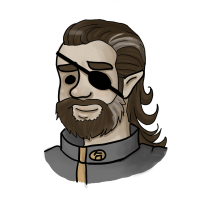 by Ezra Winzer (BasicDragon)
Dimi -Deity of creation
Dimi is the creator of all things but he is not omniscient. He has the ability to create anything out of energy and matter. Dimi is nice, sometimes too nice which means that he will work too hard to make others happy. 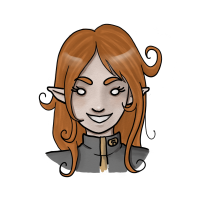 by Ezra Winzer (BasicDragon)
Janet -Deity of music and competition
Janet can perform magical feats by using music, she is also the Goddess of competition as she created the first contest. She can, among other things, boost willpower with her music. Janet is fair and positive and her followers enjoy her company.


The titan is the deity who's avatar won the last time. 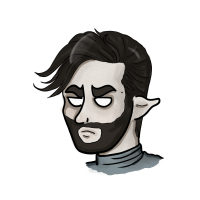 Arka -Deity of storms
Storms that Arka is suppressing for the benefit of his followers appear when he is drunk. So his followers try not to gift alcohol to him. However, that is the gift he enjoys the most. He is social both with his followers and his fellow deities and everyone enjoys his company.


As Dimi gave the deities the choice to choose which realm they were to be deities over the realms are quite random. From left to right and top to bottom the deities are ordered in the order that they were introduced in the webcomic. 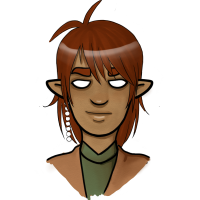 by Ezra Winzer (BasicDragon)
Jon -Deity of fire
The first deity that Dimi created was the deity of fire, he can control fire and the mortals see him as their sun. Jon isn't social with the other deities, instead, he spends his time passionately devoted to his mortal followers. He walks among them most of the time and helps them when he can, carefully tippy-toeing around the "rules of interaction" that Dimi had proclaimed. 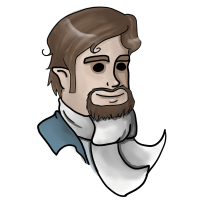 by Ezra Winzer (BasicDragon)
Verti -Deity of water
Water and ice is the domain of Verti, he is the patron saint of sailors and fishermen. Some call him a cruel mistress but they might be confusing him with somebody else. He enjoys studying, especially the oceans and the creatures there. He is very social both with his fellow deities and the mortals so he has many followers who aren’t only sailors or fishermen. 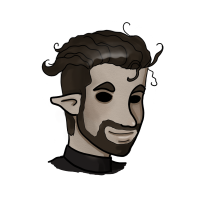 by Ezra Winzer (BasicDragon)
Rand -Deity of darkness
Rand isn’t the most social but when he do talk to the other deities it’s about his followers. Almost to the point of showing baby photos. (the technology isn’t up to that level yet) He is very affectionate and interested in his followers so he spends most of his time in the mortal realm. 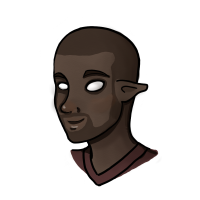 by Ezra Winzer (BasicDragon)
Jion -Deity of time
For being the deity of time he is late a lot, but maybe it’s because he has a hard time relating to other creatures sense of time. Or maybe he is just shy. He doesn’t interact with the other deities much but he does watch over his followers. All clockmakers pray to him when finishing a clock and a lot of clocks have his name inscribed on them. 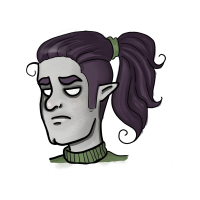 Rin -Deity of Dragons
Rin is slightly naive and socially awkward with humanoids, that's part of why they are the deity of dragons. A non-humanoid mortal and sapient species. The only mortal species on Woan that can wield magic. They spend their time with either their followers or trying to make conversation with the other deities. 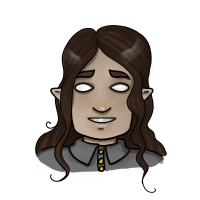 by Ezra Winzer (BasicDragon)
Ademal-Deity of plots
Farmers who plow their land and builders who build on empty pieces of land will for some reason pray to Ademal.. There might be some kind of a misconception about his domains. He is a very social and fun deity so he has many followers even though many of them are confused as to why they are praying to him. 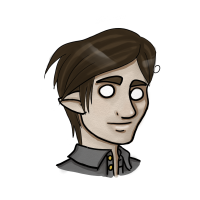 by Ezra Winzer (BasicDragon)
Barron -Deity of resolutions
Barron is the patron saint of kings and politicians. He is also prayed to by troubled people with glasses. He usually gets an influx of new followers around the new year, but they only stay for a little while. Together with Ademal he helps Dimi keep an eye on the mortals and the other deities. He isn’t as social as Ademal but that is because he needs to keep watch over his followers who are very busy people. 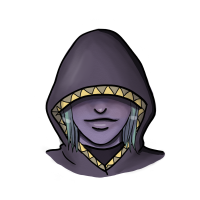 by Ezra Winzer (BasicDragon)
Zillian -Deity of shadows
Unlike all the other deities Zillian can appear or disappear anywhere without portals. There only needs to be shadows. Zillian is the patron saint of spies. Not much is known of Zillian’s personality because they keep to themselves, mostly. 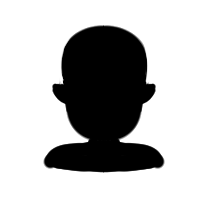 BLF -Deity of secrets
The latest page ends a chapter and on it, the second to last deity arrives, they have teal colored skin and plant green hair.

De -Deity of harmony
This last deity hasn't arrived yet...they have only been mentioned.


So far the readers have only gotten a lot of visuals and thoughts from one of the mortal characters and the fans are pretty sure that she is going to become one of the avatars. As some of the deities have shown interest in her.
Not much is known about her so far other than the fact that she has knowledge about medicin and medical issues.
Fans believe that the next chapter will introduce more mortals.
Hayate - A mortal


Some fans are excited because they are certain that there will be some bloodshed among the deities. Others believe so as well but they are more worried about it as they don’t want to see the deaths of any of their favorite characters.   Fans of the deity Verti wait for every page with baited breath because they wonder if he will die by the very elements that he himself can control, because the artist has said that he is named after the submarine by that same name who famously sank after hitting an iceberg 728 years ago.


A couple of relatives of those that died when the Verti sank are offended by the use of the submarine’s name in the comic and they have wanted the webcomic to be taken down or to have the name of the character changed. Others who had relatives that died on the submarine have said that a webcomic character with that name doesn’t matter, there are other more pressing matters in the world than that. It did happen so long ago after all. A third group has purposed that the second group's opinion doesn’t invalidate the first group's opinions.   There have also been people releasing information that the author of the webcomic is a direct descendant of one of the 20 people that miraculously survived the submarine.   The controversy around this subject has gathered even more fans for the webcomic. Some say that was the artists plan all along.

A wish among many

Got inspiration for this article from one of the favorite mangas/animes I read/watched when I was younger. うえきの法則 (The law of Ueki) ...I should reread it sometime.
— BasicDragon

This article is honestly so very heartwarming and sweet.