Lieutbrand Dawnon was born into a family of minor nobility in the Principality of Rowland. Lieutbrand's life was like that of any other young noble. He received an education and learned how to govern, rule, and fight. When he was 21, Lieutbrand fought in the war against the Kingdom of Skara Brae when the Skarans attempted to conquer Rowland and seize all the wealth that the islands hold for themselves. With Rowland emerging victorious during the war, and Lieutbrand achieving considerable favor among some more prominent nobles, he secured a position as mayor for one of Rowland's port cities; the city of Aldfrisio. After showing considerable talent in governing and managing a settlement, Lieutbrand was eventually awarded governorship over the Smiling Island.   During Lieutbrand's time as mayor of Aldfrisio, he'd come to meet the love of his life; Charlotte. The two wed not long after meeting and Lieutbrand was head over heels for her. Not long after Lieutbrand's governorship began over the Smiling Island, Lieutbrand and Charlotte's daughter Agnes was born. After lording over the island for several years, Lieutbrand eventually found himself among Rowland's Ruling Council, as one of the previous members had died and Lieutbrand was seen as the best candidate to fill the position. Lieutbrand took his family and moved to Rowland City, but shortly after moving there, Charlotte became ill and unfortunately passed away. Agnes was only 5 or 6 years old.   Ever since then, Lieutbrand has become sort of estranged from his daughter and a bit aloof. He only seems to acknowledge or care about her presence when it affects his reputation. He tries to make up for his absence with lavish gifts for his daughter. This estrangement is mainly due to a deep seated depression that Lord Lieutbrand has developed sine the death of his wife. He was quite devastated at her passing and hasn't really come out of the grieving process.   When Agnes was twenty, some bandits stole into her chambers during the night and kidnapped her. Lieutbrand learned of a paladin and half-elf barbarian who had been involved in a recent bar fight at the "Ugly Duckling" Tavern. Hearing that they were quite skilled in battle, he sent for them to be brought from the cells beneath the Grand Prince's Palace. He informed them that he had lost his daughter and would reward them with 1,000 gold each if they were successful.   About two days later, the pair returned with his daughter and another rather quizzical druid. He rewards them and sends Agnes away saying that he'll see to her later. Lieutbrand went to check on his daughter hours later, only to find her missing. It must have been the trio, he thought. Lieutbrand quickly summoned some Rowland soldiers to fetch his daughter from her new kidnappers and sent flyers out with a reward for his daughter and the trio. The paladin, barbarian, and druid are to be brought back either dead or alive.

The relationship between Lord Lieutbrand and his daughter didn't start off all that bad. When Agnes' mother was alive they were quite a happy family. When she died though, that's when everything changed. Lieutbrand went into a deep depression that he really hasn't quite come out of. Lord Lieutbrand tends to be neglectful of his daughter and tries to make up for the fact with lavish gifts. Whenever they're in public he puts on a display as if everything is fine. For Agnes things are different. She's quite reluctant to go along with her father's charade which angers him at times, but he really does nothing about it.

Being a member of Rowland's Ruling Council has made Lord Lieutbrand quite a wealthy man. Being a former governor and mayor hasn't hurt his financial gains whatsoever either. This has made him a pretty affluent man. 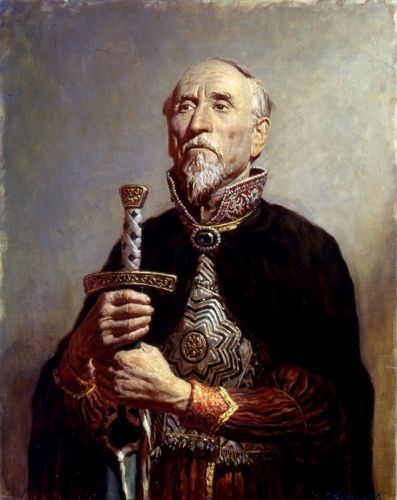