Thunder rumbles outside as the young boy kneels and prays before the wooden effigy of the One-Eyed god. With his father's sword in hand, the boy runs it along his palm and places the bloody print upon the statue. "Wotan...I swear to uphold your tenets. In return I ask that you grant me the strength to avenge m-my parents..." he chokes on his words as tears begin to stream down his face. "I will kill the Antlered One and help others in your name. Wotan...hear me...please..." Hanging his head, the boy grips the sword until his knuckles are white. With a flash of lightning he hears his name whispered in the temple. He turns and looks, but no one is there. Just the tall figures representing his gods. Taking it as a sign, Kuonrad stands donning the helmet, sword, and shield of his father and braces the storm.

Due to a life of constant traveling and soldiering, Kuonrad is quite fit and has built up a lot of muscle from his time on the battlefield and swinging a sword.

Kuonrad was born in a small village on the northern border of Rheged. As a child, his village was destroyed by a warlord known as "The Antlered One." Kuonrad swore an oath on the alter of Wotan that he'd avenge his family. Taking his father's armor, shield, and sword, Kuonrad wandered as an orphan and joined a mercenary band called the Old Guard. After Kuonrad had honed his skills in battle, he left and joined the army of Rheged. Kuonrad joined thinking that the kingdom would eventually find the warlord that killed his family. After fighting pointless wars for several years, Kuonrad left at the rank of corporal. He now wanders to find his own way, seeking justice for those in need and dealing out vengeance to those that have wronged him.

Combat training in the Old Guard and with the Army of Rheged.

Kuonrad has a philosophy of live and let live. Kuonrad tolerates the opinions and beliefs of others so that they will tolerate his own, but even if they don't he doesn't really care. He's going to do what he's going to do anyways; and if doing the right thing makes others mad then so be it. He does the best to follow the tenets of his faith to Wotan, but ultimately he's somewhat pessimistic due to the circumstances that life has thrown at him. He will help those in need when he sees them, but if he sees a tax collector beating an old woman for not paying her taxes; he will harm the tax collector without a second thought. He tries to just go with the flow of life, never assumes, and doesn't expect much of anything or anyone.

Kuonrad's ultimate goal is to eventually confront the Antlered One and avenge the deaths of his father, mother, and entire village.

Slow to trust, Stubborn, Doesn't like admitting when he's wrong

Worships the gods of Rheged, but adheres to Wotan as his patron god. 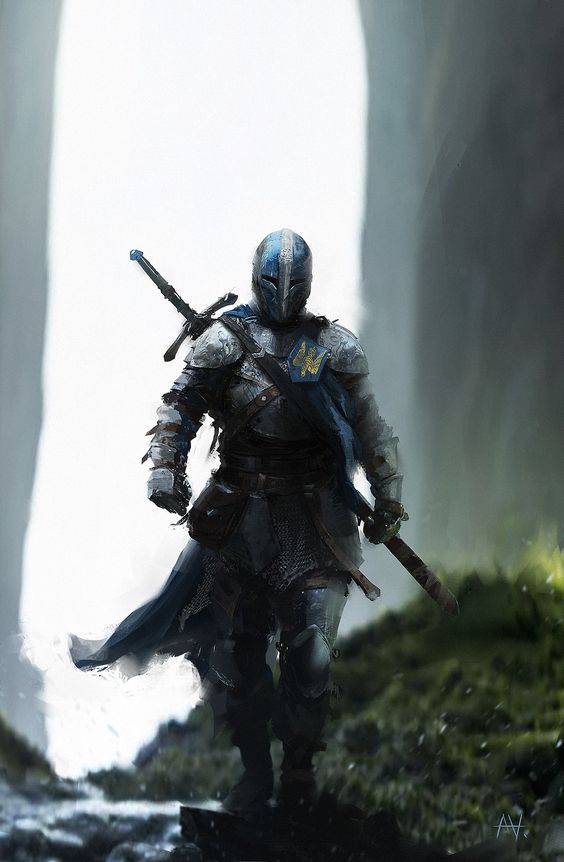