Humans may not have been the first race or species to populate the world of Edda, but they're by far the most numerous. They're quite diverse and can range anywhere from 5 to 6 feet tall and weigh anywhere from 125 to 250 pounds. Skin and hair color ranges from place to place and humans hardly live past a single century. Their customs, traditions, and ways of life are about as varied and numerous as the stars in the sky. Each group brings their own unique flare to the world along with their indomitable will and ambition. Even though humans may not live very long lifespans, their kingdoms and cultures withstand the tests of time, fueling their need for fame/name recognition to build a legacy that will last until the end of all things.

Most humans live up to 80 years old, though there are many who live well beyond that. Human females also tend to live longer than their male counterparts. As for height and weight, human males tend to be taller and heavier. The average human male tends to stand anywhere from 5'8" to 6'0" tall, and weigh from about 150-180 lbs. Average female height tends to be 5'4" to 5'8" and weigh anywhere from 140 to 170 lbs.

Humans reproduce sexually. There's usually a period once a month where female humans are extra fertile and this is predominantly the time when couples try to produce and create a child. When a female becomes pregnant, the child is in the womb for 9 months before being born.

Humans are in an infantile stage until around the age of 2 or 3. During this stage, humans require the constant need and support of their parents and they learn to take in the world around them and develop the beginnings of speech. Human childhood lasts from the age of 3 or 4 until the human turns 12. From the ages of 13 to 19 the human is in its teenage years becoming a young adult and learning about the world at large and what it means to be an adult. A human doesn't fully mature until the age of 25. Humans reach an elderly stage around the age of 60. In a human's elderly years this is when their health and bodies begin to decline until their eventual death. It isn't the same for every human though. For some humans they're quite healthy up until they die, while others decline mentally, physically, and some succumb to diseases.

Humans have been able to thrive and survive in just about any environment they've come into contact with. The only exception is the Northern Wastes. Humans probably could try and survive there if they could, but due to how dangerous the land is, nobody finds it worth the risk.

Humans are omnivores. This means that they can survive on a diet of both plants and animals.

Human socities and social structures vary from place to place as humans have a variety of unique cultures and ethnicities.

Human males tend to sport facial hair. Depending on family genetics, their facial hair can be really thick or sparse. Humans also tend to style facial hair in many different ways to bring their own unique flare to it.

Humans are found on the continents of Laurentia, Gondwana, and Altaia.

It is believed and agreed upon by most scholars in Edda that the human species originated on the continent of Gondwana. Sometime after the First Great War, humans migrated north across the Lagash Land Bridge into the continent of Laurentia. The human groups that migrated north were known as the "Five Great Tribes." They were the; Wendlas, Gifthas, Hetware, Hugas, and the Waegmundings. As five great tribes went to populate the northern continent, five great human tribes would stay and populate the whole of Gondwana.   For thousands upon thousands of years, humans have come to make the world of Edda their own. The tribes that went to inhabit Laurentia have drawn themselves into conflicts with the elves, giants, orcs, and goblinoids all in great attempts to further expand their domains. Humans have even gone to war with each other over the same issue (and even some more silly and trivial things). Dominating the history of the world, human kingdoms have risen and fallen like winter wheat, only for their names to be jotted down and recalled in the history books. This seems to be the same for human heroes as well. No matter the tribe, kingdom, or ethnicity, there seems to be a common trait among all humans; name and fame recognition. It seems to be the desire of all humans to be immortalized in the annals of time so that they may -- in a way -- live on forever. 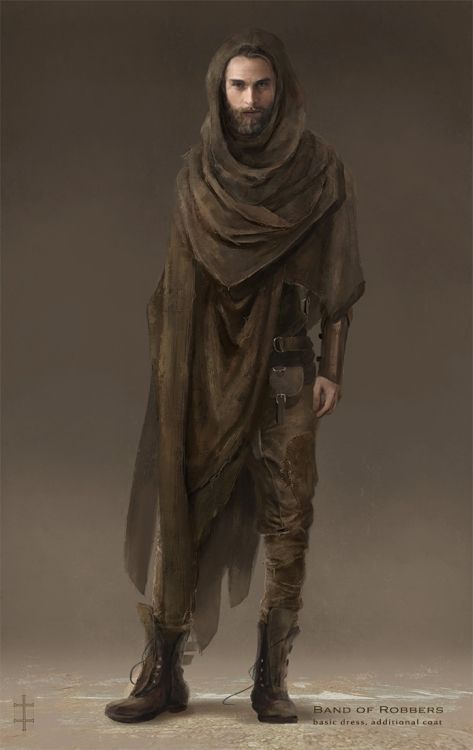 Band of Robbers by N/A

Genetic Descendants
Lifespan
80 years
Average Height
5'0"-6'0"
Average Weight
155 lbs.
Body Tint, Colouring and Marking
Human body tint and coloring tends to depend on where said human is from. Most humans from Laurentia tend to be of a lighter skin tone while those from Gondwana tend to be much darker.
Related Ethnicities