Definitely one of the more mysterious races in the world of Edda, the gnomes are a secretive people, keeping their knowledge to themselves but they like to make several things known; their love of shiny things, their friendships, and their joy for life. A gnome lives in the moment, for the here and the now making the most of the time that they have on this earth. Even though they have three to five centuries to make the most out of life, they feel and act like it is never enough. Being cousins to the dwarves, gnomes naturally love gems and shiny items and are always out in search of them looking to recover the lost wealth of their once numerous race. Despite them being rarity nowadays if one is able to befriend a gnome they should count themselves lucky because they have found a true friend that will last a life time.

Gnomes reproduce sexually. As for when they're fertility period is, or how long a gnomish child is in the womb isn't for certain. This is due to the fact that they're a rarity now and whatever information about their race that is left is fiercely guarded by them.

Since gnomes are hardly ever seen it is hard to determine what their growth rates throughout life are. Being related to the dwarves, many scholars have concluded that they might share similar growth rates & stages. Whatever those may be.

Gnomes used to be abundant throughout the old great human kingdom of Ceredgion. After the Great Catastrophe though, most gnomes -- if spotted -- are seen hanging about nearby mountain ranges and forests.

Like most humanoid species it is believed that gnomes have an omnivorous diet in which they eat both plants and animals.

It is believed that gnomes are perhaps the most intelligent species in all of Edda. It is said that they have a vast amounts of magical knowledge that surpasses even the elves.

Like dwarves, gnomes are able to see in the dark due to their subterranean origins. Their eyesight and hearing are also vastly superior to that of their cousins being able to see up to about 2 miles away. They're also able to hear vibrations within the earth.

As mentioned previously, the gnomes are one of the most mysterious races in the world of Edda. They're cousins of the dwarves and it is believed that the gnomes are somehow an offshoot of the species. As for how it is not known. It is commonly agreed upon by scholars that the gnomish race had subterranean origins like the dwarves before making their presence known upon the surface. At their coming, the gnomes became quite prominent in the human kingdom of Ceredgion. They earned a name for themselves as great magic wielders, scholars, diplomats, and advisers to nobility.   Once the Great Catastrophe happened everything changed. The fall of Ceredgion also brought the fall of the gnomes. As for the exact circumstances that almost brought about the extinction of their race isn't for certain. Some believe it was from all the natural disasters brought about by the Catastrophe, or that many were massacred by orcs, goblinoids, and Picts. Maybe it was a combination of all of those, but the only ones who truly know are the gnomes themselves; and that is something they are quite reluctant to give up. 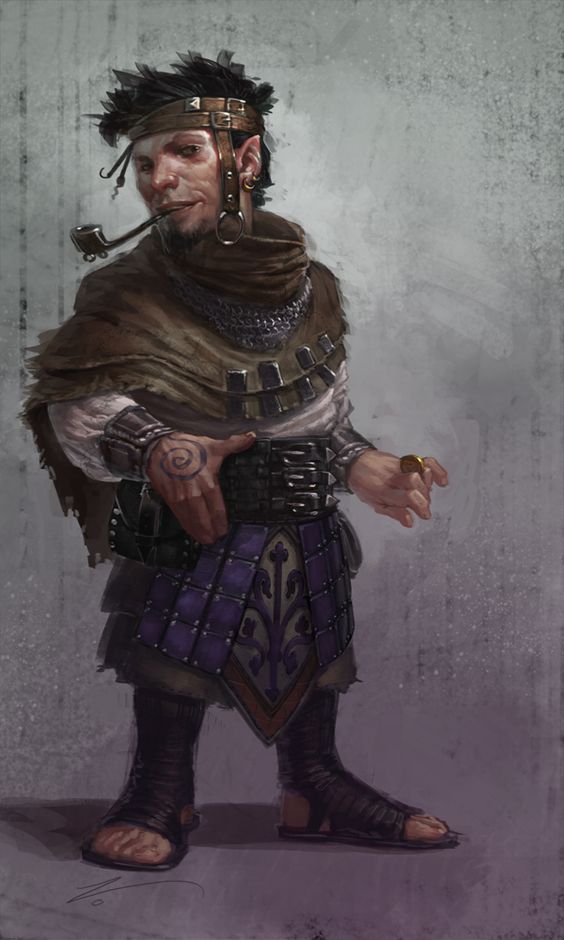