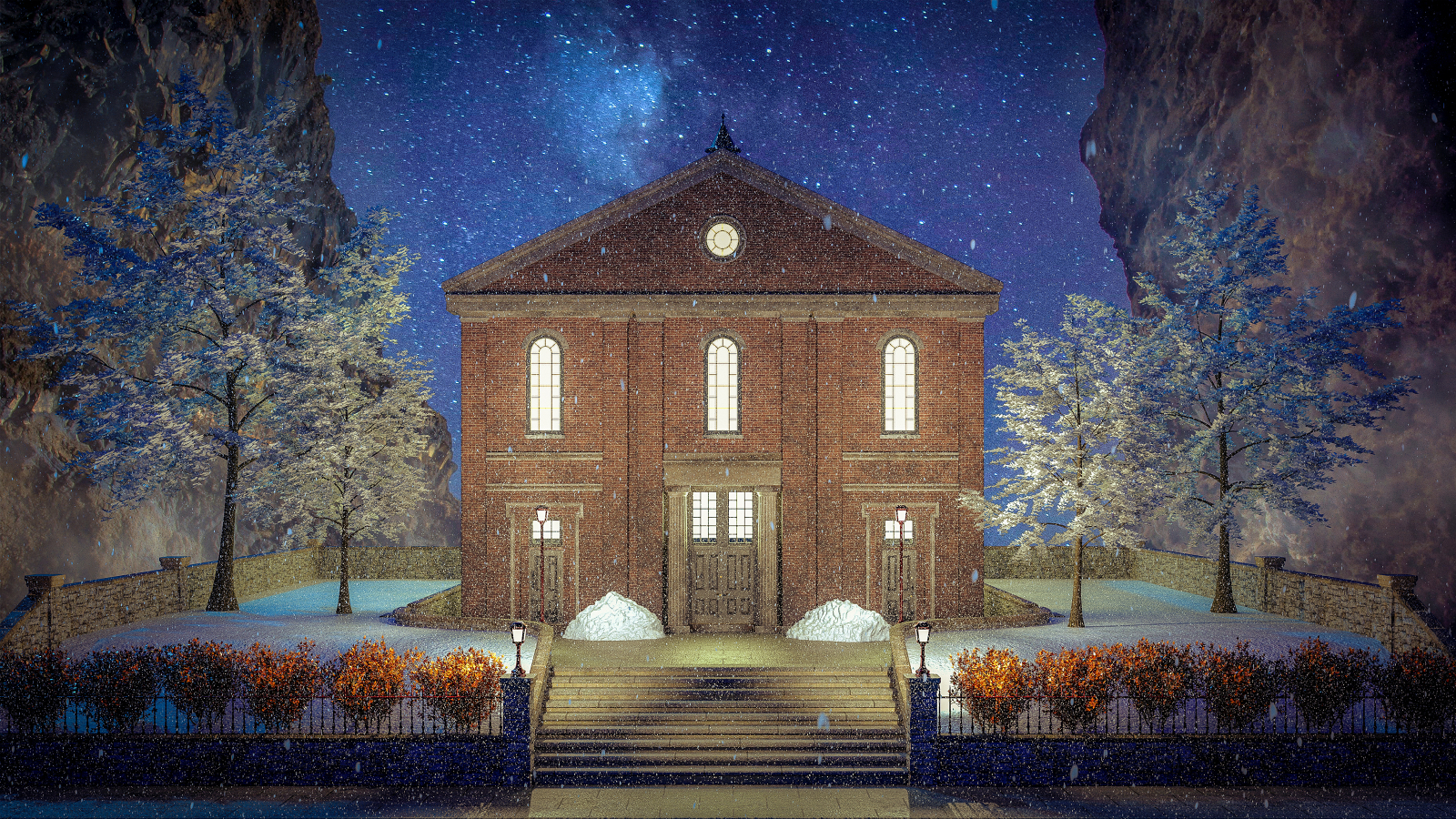 The Court of Memory

The Court of Memory is the most important hall of justice in the Clarkwoods Literary Universe. Full ensconced inside a colossal snow globe, the courthouse is the centerpiece of The Skerry of Souvenirs—an island which is also home to the infamous Waylaid Station. With the waters of the magical River Without End surrounding it, and a subway station beneath it which has connections to literally everywhere, the Court of Memory is the only tribunal in existence where witnesses can called be from across not only space but time as well.

In the novel The Boot of Destiny, for instance, notable testimony is offered by the long-dead Robin Gates during the trial of her ex-boyfriend for his “crimes against femininity.”

The Court of Memory exists to allow any sapient being to put either themselves or someone they know on trial. Though they mostly experience this place as if it were a dream, it is all too real. People have been changed for good and all here, both here and in the subway station below—changed here, when nothing in their so-called “real” world could do the trick.

The trick here, of course, is that the jury can be comprised of people from all across time and space—including past versions of one’s self, people from past iterations of reality who are thought to be fictional characters in one’s own time, and more.

And beyond that, the magic of this place allows for the wholescale recreation of past events with 100% fidelity. The “memory” referred to in the name of this place is not the fallible and malleable memory of one single sapient being. No, it is the memory of the universe itself. And when you’re finally able to confront the way things in your past went down—the way things really went down—how can you possibly avoid evolving as a result?

The exterior is typical of a late 19th century Earthling meeting hall. It’s two stories tall, made mostly of red brick, and is surrounded by a stately looking courtyard.

The front of the first-floor façade is dominated by a massive double-wide entrance, which is itself flanked by two doric columns. The second floor features three evenly spaced arch windows (with one centered directly above the first-floor entrance below). And the gable above that is adorned with a single circular window of its own.

Inside, beyond the entrance hall and its adjacent bathroom facilities, the courthouse is dominated by the two-story circular courtroom. Described in The Boot of Destiny as “sort of a mashup” between courtrooms featured in Star Trek VI: The Undiscovered Country and Disney’s animated Alice in Wonderland, the space is centered around a small platform where stands the accused. But beyond the beam of light shining down from above, the platform and the small open space surrounding it are austere and unembellished.

Stadium-style seating encircles the platform on all sides, save for a small space carved out for the judge’s bench. And it is that bench where the comparisons to Alice in Wonderland come in. It consists of a too-tall wooden podium, the face of which is carved with four recessed panels; a throne-like chair meant to, together with the overall height of the bench, intimidate the defendant; and a customizable banner hung down the front to further communicate either the nature of the crimes in question or the demeanor of the judge on a given day. 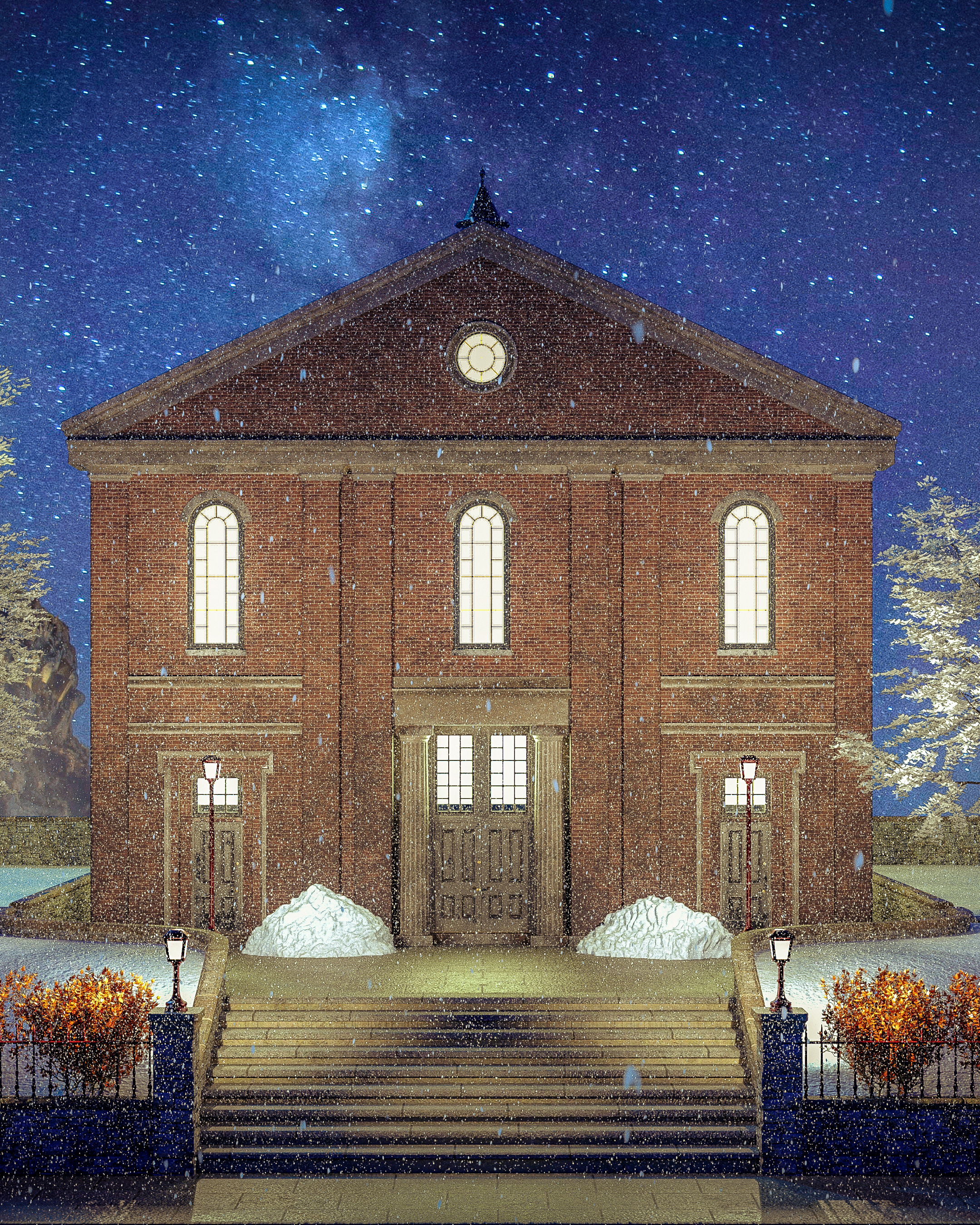 Answering: "a building associated with crime or justice"
Visit eccbooks's Competition Page Check all other answers to this prompt Competition Homepage

dang, there are some people I would love to talk to in the past in this snowglobe :)

Me, too! That's part of how I came up with this: wish fulfillment.