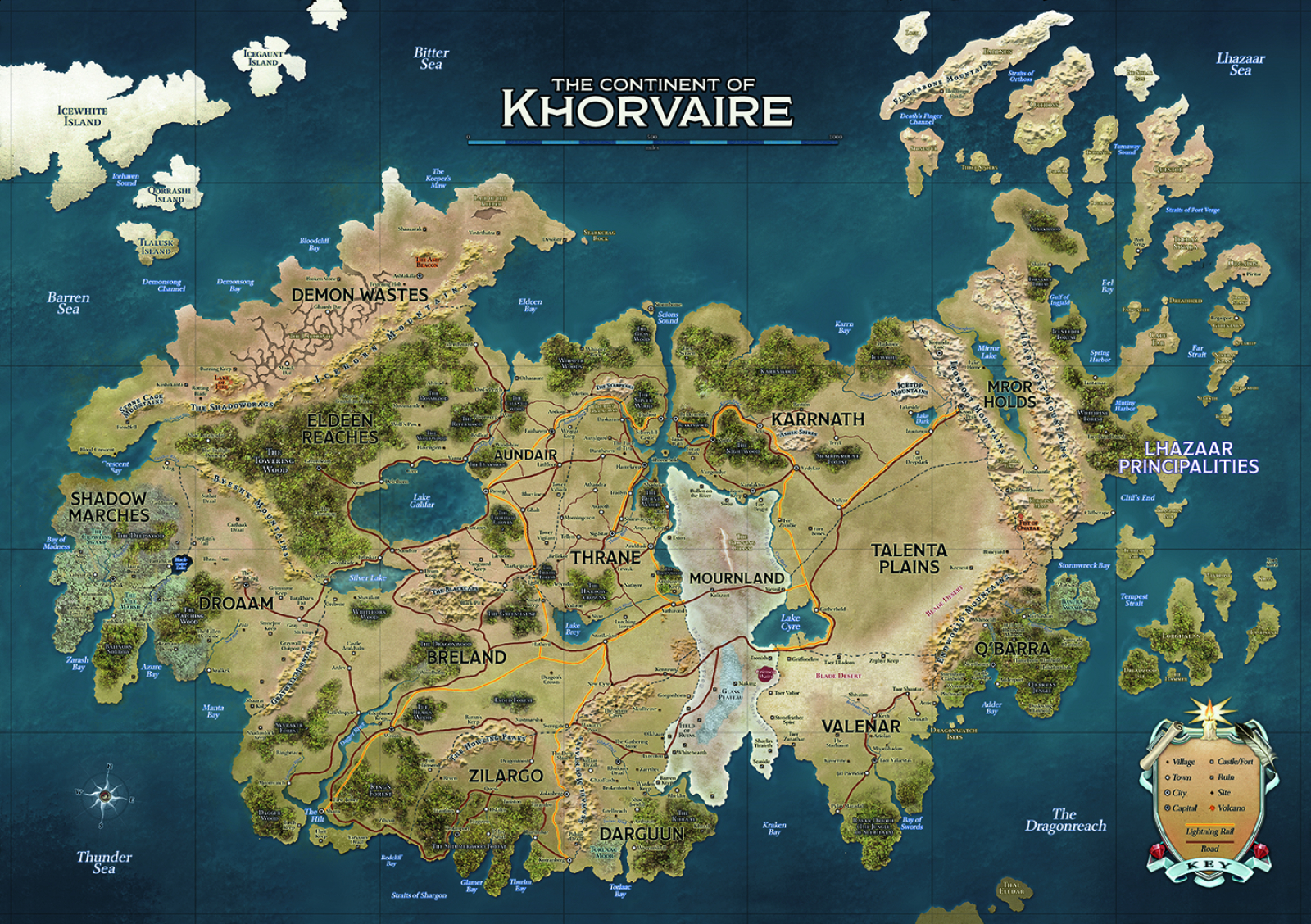 Fertile farmlands surround the grand cities of Aundair. The floating towers of Arcanix are the finest institute for mystical study in Khorvaire, and magic is deeply ingrained in Aundairian culture. The nation produces more magewrights and wandslingers than any other in Khorvaire.   From the nobles lounging in the towers of Fairhaven to the common folk working the vast vineyards of Bluevine, Aundairians value wit and wisdom. Aundairians prefer finesse to brute force and appreciate cunning wordplay and fine fashions. The Sovereign Host is the dominant faith of Aundair, with a particular devotion to Aureon. However, the Silver Flame also maintains a devoted following—some might say overzealous.   Although Aundair is a small nation, its arcane superiority allowed it retain its dominion during the Last War. The people of Aundair know that knowledge is power, and they take pride in their nation’s magical advancements. To ensure her nation’s prosperity and dominance, Queen Aurala ir’Wynarn instituted the Arcane Initiative, an aggressive series of programs intended to forward the development of mystical infrastructure and battle magic.