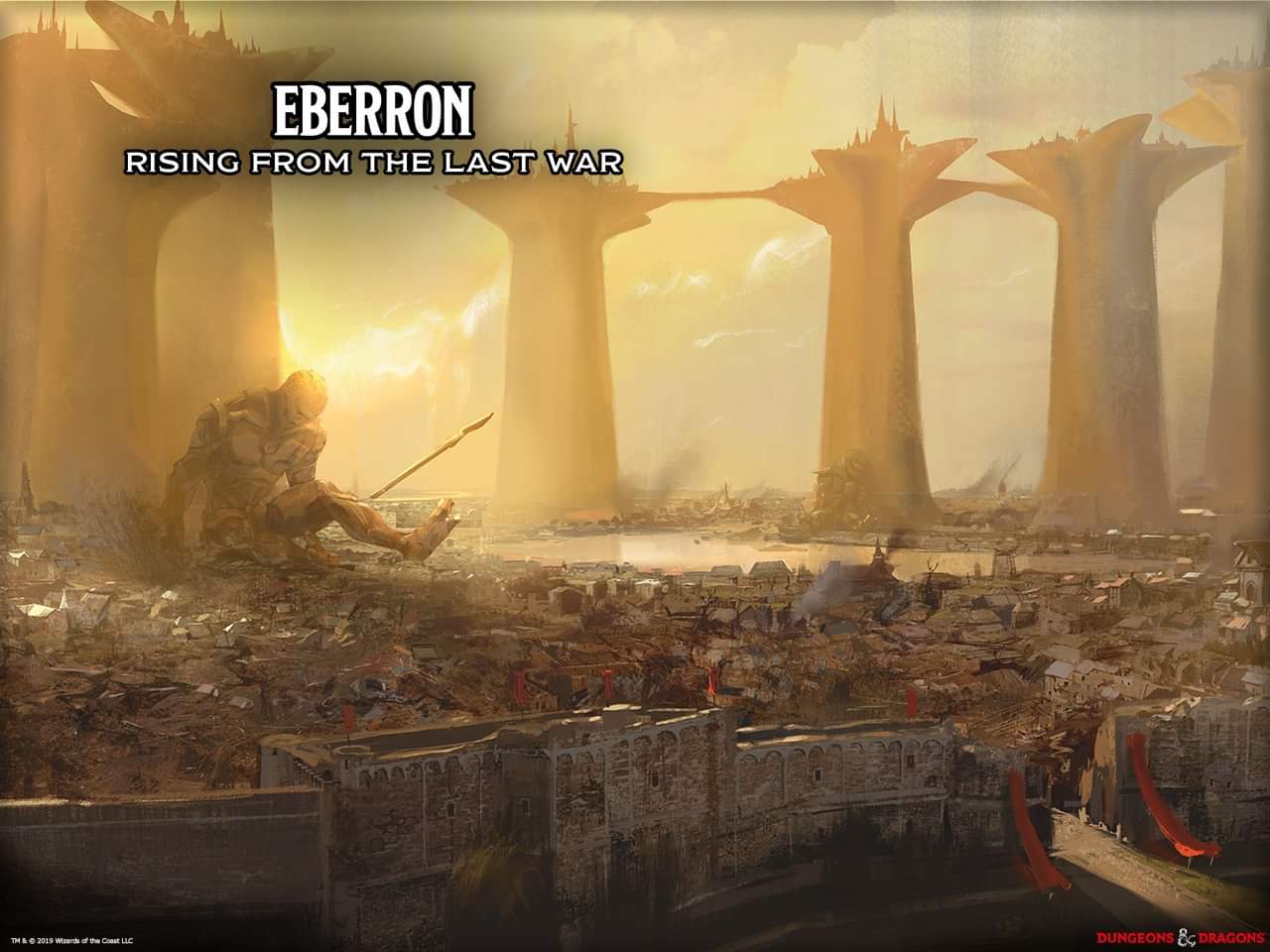 For hundreds of year, the continent of Khorvaire was united under the kingdom of Galifar. This peace came to an end with the death of King Jarot in 894 YK, just over a century ago. Conflict over the succession spiraled into outright war between the Five Nations.   The Last War, was a bitter struggle that forever changed the shape of Khorvaire. It was a century marked with shifting alliances, with years of stalemate interspersed with periods of intense battles. This grueling conflict left deep scars on the land and the people, but there was worse to come. On 20 Olarune 994 YK, the nation of Cyre was consumed in a magical cataclysm now know as the Mourning. The cause of the Mourning remains unknown; many fear it was caused by unbridled use of war magic. Shock and fear brought the nations to the negotiating table, and the Last War came to an end in 996 YK with the Treaty of Thronehold.   Although many celebrated the end of the war, others remained unsatisfied with its outcome. No one won the war. Even though people optimistically refer to it as the Last War, most believe that it's only a matter of time until conflict begins anew. The mystery of the Mourning is the only thing holding the warmongers at bay. If someone uncovers the secret of the Mourning - if it can be proven that the Mourning can't happen again, or if its power could be harnessed as a weapon - war could erupt again. Until then, the nations remain in a cold war as each makes preparations and seeks advantages in a conflict that could lie ahead.