Daichi is a boy shinobi currently employed by the Hirono Association. He was born to Takao Nakabayashi (中林 孝夫) and Atsuko Nakabayashi (中林 敦子) in the administrative island of Yakushima. During his early childhood explored the island a lot, as they trained him the way of shinobi without him realizing it. On his 7th birthday, his parents were sent on a mission, but they never returned. Daichi later learned that they were murdered by Pavlovich Mob , a russian crime family, which had hostile connections with Daichi's father Takao (孝夫). 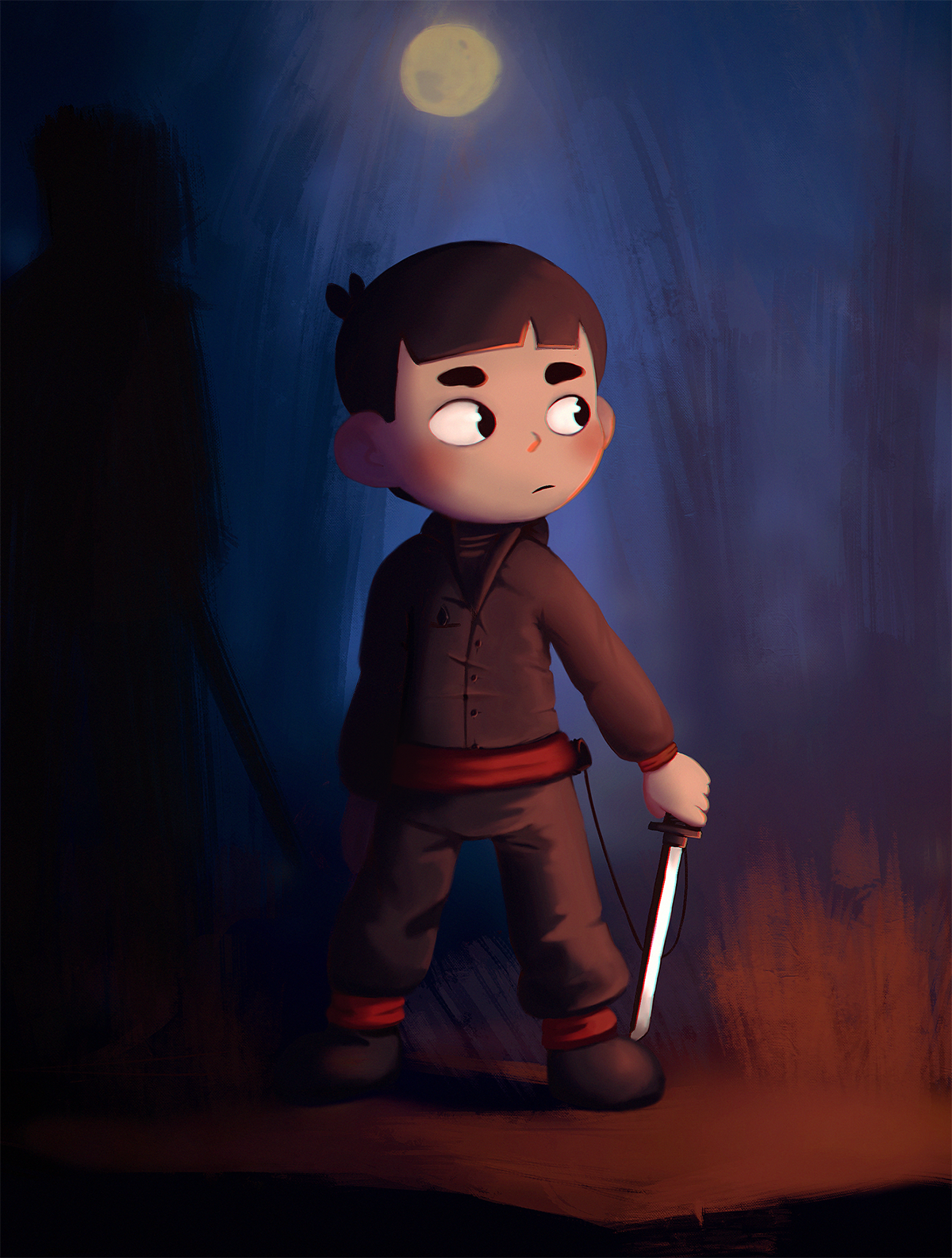 Daichi was born as the only child of Nakabayashi family of shinobi. His mother was known to be the first kunoichi (female ninja) within Hirono Association. Daichi's family lived in a two-story house on the eastern coast of Yakushima. When he was a young child, Dachi's parents used to carry him on their backs and take him on various expeditions around the island to familiarize the boy with the skills of the language, navigation, and observation.   At the age of four, Daichi started to frequently play with the other children of Hirono Association's agents, ranging from ages of 4 to 16. The children usually played games like hide and seek, and they were all enrolled in a martial arts training course of their choice. Daichi elected to study the art of swordplay (kenjutsu) and quickly became one of the best students in his age group.   When he was 6 years old, Daichi was enrolled in the Yakushima Choritsu Anbo Elementary School, which was a mere two minute walk from his house. Daichi, along with all the other children of Hirono Association agents, were forbidden from speaking about their martial arts training with the other students. He did not understand the reason for this until much later. In school, Daichi proved to be a disciplined student, excelling in handicrafts, athletics, and language arts. Even later in his childhood, the boy would remember this first year of school with great fondness.   On July 6th, 2041, Daichi rose from his bed early at 8:00 AM; it was the day of his seventh birthday. A small party was held at his house, with a bunch of balloons, a cake and confetti. Daichi would spend the day surrounded by his friends and parents. During a quiet moment in the party, Daichi was taken aside by his father. He gave Daichi a long hug and explained that he needed to go abroad for a very important assignment. Daichi nodded and removed the silver ribbon from his red birthday balloon, tying it to his father's wrist. He cheerfully waved goodbye to his parents departed, leaving Daichi to spend the rest of the day with his friends. The young boy was usually cared for by his great grandmother, on the rare occasion of both of parents leaving on assignment together. However, she passed away when Daichi turned 5, so he was made to care for himself for the time being.   For the next two weeks, Daichi lived alone in his empty house. His parents left a small amount of money to cover basic expenses, so he was able to live quite comfortable despite their absence. The island historically had a n almost negligible crime rate, and Daichi had plenty of experience hiking through the forest, so even a small child like him could walk about freely outside his home without much to fear. However, the boy missed his parents greatly, so he usually carried his wooden bokutō sword with him whenever he ventured outside.   In the beginning of third week since his parents' departure, two men in dark suits came to Daichi's residence bearing grim and disastrous news. They informed the boy of his parents' untimely demise. Daichi fell into a state of shock, rage, and disbelief, as the men began inspecting the house and assessing the situation. The men offered three choices for the boy; he could either be left alone to fend for himself, be sent to an orphanage, or join the Hirono Association to avenge the deaths of his parents. The men did their best to explain the situation to the confused boy. In truth, Daichi never really knew his parents were shinobi; he thought they were training officers at the police departments in the mainland. Despite his utter confusion, Daichi decided to join the Hirono Association. The boy wasn't very interested in revenge, but he also felt that he had no other choice.   Upon joining the Hirono Association, Daichi enrolled in Academy's Modern Shinobi Training program with master Kagawa. Daichi quickly picked up the basics of lockpicking, and infiltration. Daichi now had a clear goal to pursue; he was determined to train and become strong enough to defeat the Pavlovich Mob. From then on, Daichi continued his training in secret for several years. Outwardly, the boy is a perfectly normal student of patience and discipline. But Daichi knew that some day, he will strike at the mob and avenge his parents.

Daichi is currently employed by Hirono Association as an indirect contractor. According to his contractual scroll, he is to receive his first payment on his 13th birthday. The Hirono Association has a great interest in retaining Daichi as a shinobi operative, so they have taken various measures to keep his civilian files clean, and have even altered his family's documents to expunge any material records of his parents' deaths. On paper, Daichi is a perfectly normal boy who is still living with both of his parents.

Daichi is well-trained in the arts of lockpicking, Japanese sword fighting (kenjutsu) and hidden infiltration. Daichi is also a great acrobat, and his skills are on the level of professional street performers. However, the boy has no interest in such things, since it goes against his morals.