Wandering Wisps are a phenomenon that is still not fully understood. They can be found all over Ealdwyll, but seem to prefer wooded regions and marches. Scholars have tried for centuries to determine what they are. Some even belief they are build up luminescent gasses from the pools of water in marshes. This does not explain why they are also found in woodlands however. Nor does it explain why they make a soft humming noise. Obscurists have an other explanation. They firmly belief the wisps are alive. And they are not alone. There are scientists who belief the same, although not all of them would freely admit to it.

The wisps appear as floating balls of blueish light. They can vary in size but never grow larger then a diameter of 15 cm. They often make a soft humming noise, but can be silent as well. When something treatens a wisp its light will grow paler, and its humming will become agitated. Wisps do not like to be touched, but it is believed they do not have a tangible form.

Wandering Wisps tend to float around at a gentle pace. They can move around very fast when they want to though. When something piqued their curiosity for instance they will flock towards it at great speed. This helps in studying them since they often find scholars very interesting and will float around them happily. As long as experiments are not perceived as threatening towards the wisps they seem to enjoy them. According to some studies the wisps show intelligence. Several reports have been made that they seem to recognise people that they have met before. Especially if they have been around them for longer periods of time. For example, scientists and obscurists studying the wisps may spend weeks with them before returning home. When the same person comes back weeks or months later the wisps seem to be pleased to have them around again. Often resulting in the returning person almost becoming obscured from view by the wisps flocking to them. Popular experiments involve showing an object to the wisps after which they are asked to find a copy of this object in a line up of various items. Bright colored items seem to give the best results. Although no one knows how they would see color since they do not have eyes.
Lifespan
Unknown 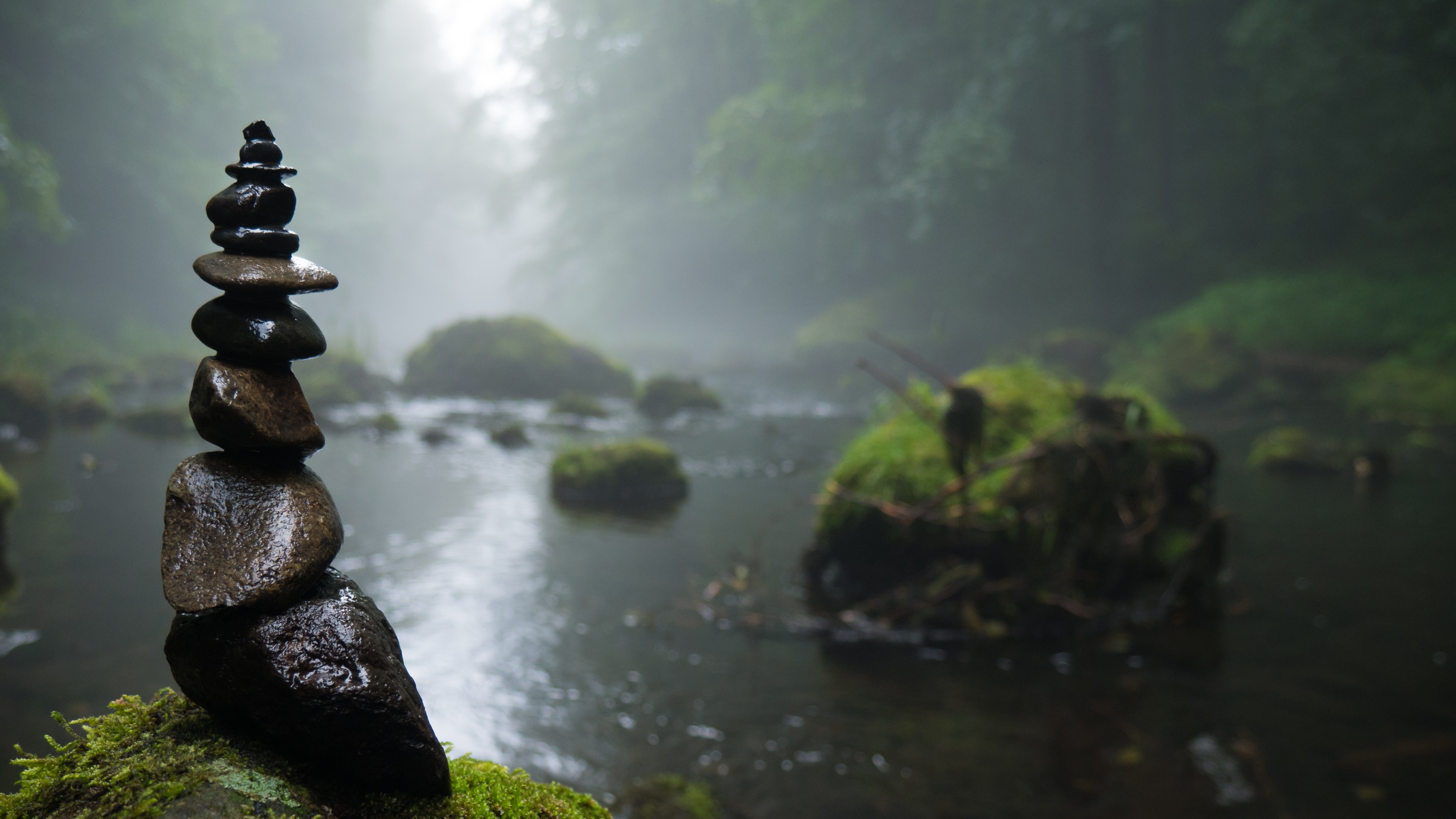 Black Pile of Stones by Pixabay

Woodlands and marches are a popular habitat for Wandering Wisps. They can also be found in ancient ruins though. Wisps tend to stay away from populated areas. Although in some places, like Pagan Hills, they are known to visit villages from time to time. These regions are not densely populated though. It seems they do not require any form of nutrition. No proof of it has ever been documented atleast. But we do not know for sure if they might feed on something that we can not perceive.

Nayeli's Ring is a large circle of stone trees situated in Shrouded Valley. Here the veil between reality and legends has become thin. Are you brave enough to venture further?

Ruins of an ancient city on the southeast coast of West Eghea. It is surrounded by Mystwood.

I love these wisps - and the visual image the article conjures of them flocking to someone as they approach. It also puts lots of intriguing questions into my mind - are there different types of wisps, is their communication the humming or changes in light, or both, are they transformations from a previous form,........ Really enjoyed reading and thinking about this article :)

Thank you! I intended to add some secret information to the article, but ended up forgetting about it. And now everything is lined up so nicely. But I might end up adding a bit more about their true nature anyway.

I love wisps, in general and you really do alot to make it your own. One thing I'm curious about: what happens s the sound when its agitated. I can infer but I wanna make sure lol.   I love the touch that they recognize people. That image just makes me smile lol. Well done as always! Till next time.

Thank you! When agitated the volume and pitch of their humming goes up, and it's pace quickens.

Ooooo yes. Sorry. That makes sense. Also sorry I forgot the like. Ooof. Dunjo how I missed it

The idea of them recognising people and flocking to them happily is adorable! I also love that people have done experiments on their intelligence and found that they like bright coloured objects the most.   Really lovely article! <3

These creatures sound lovely! I can imagine encountering some as I walk through a forest at night, their soft hum filling the air. I'm curious whether any legends or myths developed about them. Great article!

Yes, there is certainly one myth involving the wisps at Nayeli's Ring. It is mentioned briefly in that article, but I have not written the actual myth. Great suggestion! Thank you.

I love the idea of people trying to conduct experiments on wisps. I'd be interested to know, historically, what has been the perception of people who spend lots of time with wisps or attract little flocks of wisps? The visual imagary in this article is just so calming and beautiful.

That is actually a good question. And one I did not address in this article yet. I can say though that the very first civilization knew the truth about the wisps. But later in time people often associated them with the spirits of dead people. Some cultures viewed them as harmless, while others even viewed them as malevolent. Thank you for your support!

That was so lovely and such a neat take on (I assume) will-o'-wisps :)

Yes, these are my take on will-o'-wisps. Thank you for reading, liking and commenting. :)

Delightful! Does the humming when agitated have any effect?

Thank you! If the one who the agitated humming is directed at is smart it does have an effect. They run. :D Usually however the wisp itself will speed away from whatever is causing them to become agitated. This reminds me I really have several more sections I should be adding to this article. Like why you better run away.

This is such a nice take on wisps. So much of fantasy delves into the monstrous and terrifying, even the standard wisp is an evil spirit that lures people to drown in marshes...it's nice to see someone thinking about the good side of the fantastic.