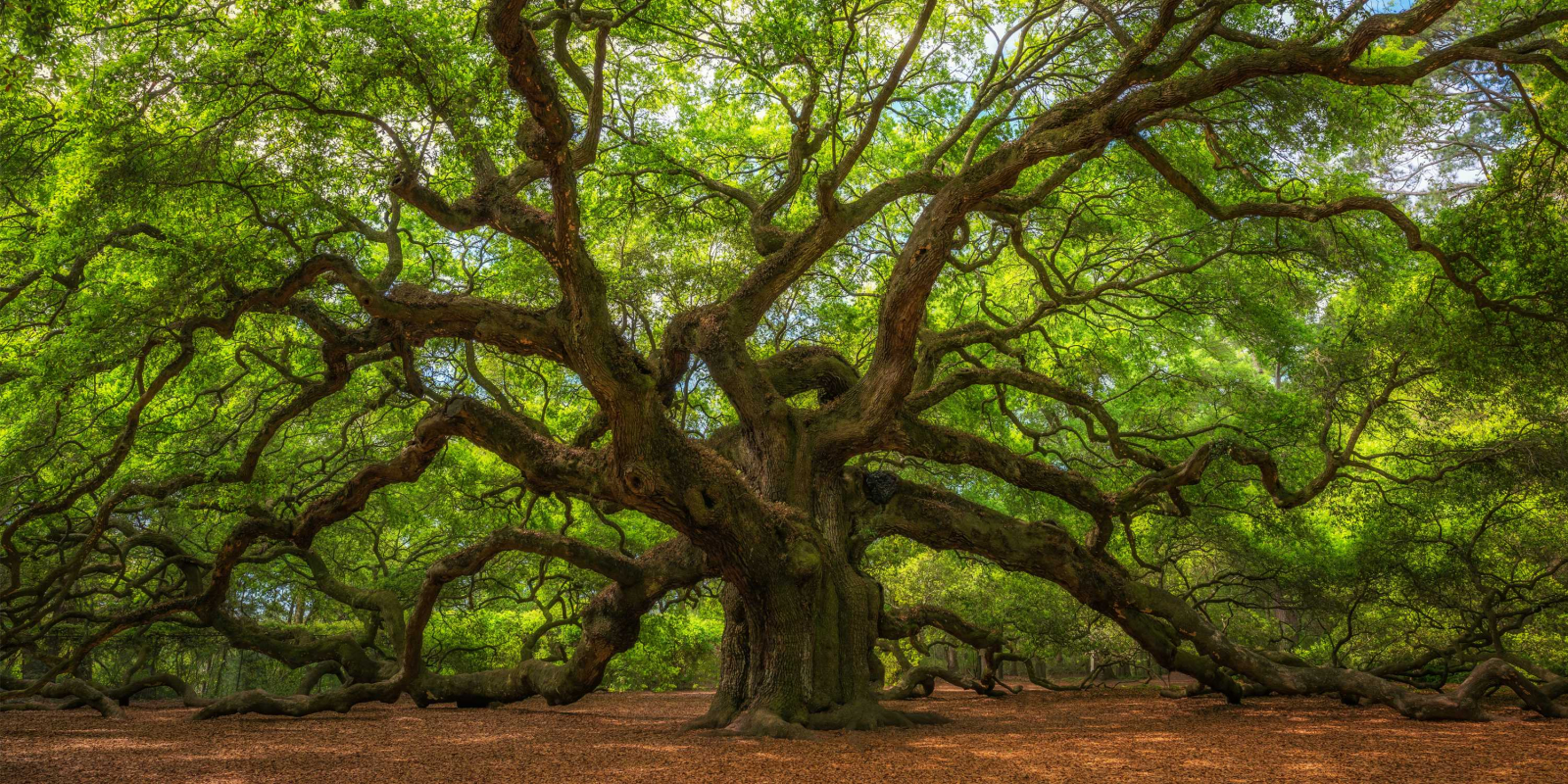 The Tree of Arborea

A big thank you to KyoAkashi and Koray Birenheide for helping with the editing and structure.

As per tradition, you may ask a question pertaining to any event that happened in the last 1300 years as long as it was related to the forest.
— Arborea to an initiate of the druid circle

The history of Arborea is mostly a mystery, with only the broad strokes known to most. She was, as she tells it, an elf in love with the forest. In order to be with it forever, she bound herself magically to an oak tree, making herself a dryad in the process.

After one and a half centuries she met an elf who, with the help of Arborea, created the druid Circle of Hym. This Circle was supposed to protect her; and for a long time the Circle did, allowing the forest to grow, expanding outwards.

Then The Northern Inferno happened. This fire consumed fields, houses and entire villages along the north-western coast of Awuan, including a large portion of the forest itself, almost claiming her oak tree in the process. This destruction made Arborea hide in panic and pain. The Circle of Hym tried to find her, but once she could not be found they believed their mission failed and abandoned the forest with broken hearts.

Once Arborea had calmed down enough to realise that the Circle was gone, she retreated into the darkest recesses of her mind. Since she was bound to the tree and the tree is part of the forest, the forest started growing into a reflection of that mind-scape, with thorny vines and undergrowth and a canopy dense enough to turn the forest dark. The situation only improved once a deer she named Enya managed to befriend Arborea, stabilising her mental state significantly.

The Circle of Verna

Formed long before the arrival at the Friedland Forest, the Circle of Verna is a druid Circle dedicated to learning from, and protecting, nature, with members spread all over Awuan.

It was not originally concerned with this particular forest, but once rumours of a dryad, a creature of great significance to those with a connection to nature, started appearing, the Circle wanted to know more and organised an expedition.

After years of searching Arborea revealed herself to the adventuring party.

This meeting set the Circle in motion. All members were consulted, no matter where they were in the world, and all had to agree, but eventually the Circle of Verna swore an oath of honour to protect the Friedland Forest and the Tree of Arborea.

Once the druids started coming in, Arborea began slowly reshaping the Tree, making it more suited for the druids ceremonies and meetings.

The first major crisis since the northern inferno came from the west in the form of an army that cared little about the forest and its inhabitants. This was exactly the kind of threat the Circle of Verna was supposed to fight, and so they did. Help came in the form of elves and a few dwarves and men from the surrounding villages and naturally from Arborea herself. The armies progress ground to a halt and they became unable to traverse the forest any further. After months, the army retreated, signing an agreement along with the countries in the east, to leave the forest alone.

Traditionally, volunteers are not allowed to become part of the Circle. Instead new members are chosen by individual Circle members, who also put them through basic training and schooling.


Once a new recruit is deemed ready to be introduced to the Circle, they are taken to a ceremony held at the Tree of Arborea. The Ceremony is called The Initiation.

This ceremony is held annually, even if no recruits are present, as it still useful to spread new knowledge and connect with members. This is one of the few occasions that Arborea is visibly present to all druids at all times, sitting on the branches of her tree.

The ceremony starts with one of the druids reading the traditional statement that is written on the tree concerning how the ceremony is supposed to be held. Then the druids present their recruits, if present. Should there be someone, all druids will start asking the recruits questions, testing their knowledge. After the questioning, the druids vote on whether or not they are deemed ready to become initiates and therefore learn the next steps of druid craft, or not. Arborea acts as a tie breaker and she also has veto power, if she can provide a reason for it.

Those who do not make it are simply asked to try again the following year. However, should at least one recruit succeed to become initiated, everyone but Arborea will leave the clearing provided by the tree and then one newly initiated will be sent in at a time. Each one will be able to ask Arborea a single question about the forest, that she will answer truthfully. Neither the question nor the answer is told to the other members and it is seen as a grave betrayal of trust to reveal either.

The Tree of Arborea

Reaching 30 m into the sky, the ancient oak tree branches sprawl 50 m in all directions, with lush green leaves creating a blanket covering the ground in shadow. The ground is covered in fallen leaves, surrounding the massive, 4m diameter trunk.

Those who see the tree for the first time are often awe-struck by it's size and magnificence. Those who stay longer will start to notice that the air is almost intoxicating, calming the nerves and creating a sense of bliss. The air seems to shimmer around the tree, which is covered in runes designed to protect the tree from any harm.

Due to the difference in size, the Tree of Arborea seems to stand on its own, even though it is surrounded by other oak-, ash- and elm trees. These trees are also covered in runes, but those are smaller and fewer in numbers, making them less noticeable. Even so, they act together, reinforcing each others power and creating layers of defence out of the unnaturally dense forest.

The tree of Arborea is located in the centre of the Friedland Forest which has a diameter of about 100km. This forest is to the west of of the elven city of Pessova in the northern part of Awuan. In order to get to the tree you'll have to pass many hurdles, most related to the Circle of Verna and the layers of defences set up in order to protect the tree from harm. It is very unlikely for any outsider to ever see the tree due to the protective nature of the Circle of Verna.

Jurney to the tree

Should you wish to go to the tree you'll first have to walk along one of the many paths found at the forest border. These will take you a few hundred meters into the forest. The paths usually end in a small shrine dedicated to Arborea where commoners can leave notes, gifts or maybe even talk with a druid.

While no one will stop you from continuing deeper into the forest at first, the undergrowth will eventually thicken, slowing you down. Once your speed has slowed down to a crawl a druid will approach you and ask about your purpose in the forest. At this point you will either be asked to turn around, or you will be lead to the tree, past all the defences. If you think yourself strong enough to force your way to the tree you'll quickly find out why armies weren't able to do so.

— A druid informing his recruit

While the forest is filled with resources of many different kinds, the tree itself can only produce acorns, seeing how it is merely an oak tree.

However, unlike other oak trees in the forest, those from the tree of Arborea are unusually nourishing, allowing a mere few to feed a man for a day, and they do not start to decay as quickly as normal acorns. As well as this, the Tree produces about the same amount of acorns as other oak trees do in a mast year, every year, unlike the 2-5 year gap on normal oak trees.

The acorns are known to have a high probability to germinate and rapid growth while a seedling, but no lingering effects have been noticed on saplings or trees. This means that a sapling grown from an acorn from the Tree of Arborea is indistinguishable from any other oak sapling after a few months to a year. Many suspect the fast and reliable germination is caused by the nourishing properties, and when those are used up, the sapling just continues to grow at the regular rate of other saplings.

The unusual properties are likely due to the high amount of magic the tree has been exposed to over the centuries. The Circle of Verna uses the acorns as rations over the winter months, while preserving them over the summer for use during emergencies.

Emergencies are almost unheard of in the forest itself, but they are more common in the villages surrounding the forest. Supplies are provided depending on the need, be it firewood during unusually harsh winters, berries and other food items during a famine or acorns in order to regrow dead trees.
Type
Woods
Height:
30 m
Diameter:
4 m
Shade coverage:
3850 m2
Locations

Very nicely done Venom, and sweet work on the timeline

Dimitris, you warm my heart with those words. Thank you for developing the timeline tools, they've been a great help. :)

Very nice! I love all the lore attached to the tree, and the timeline is a pretty detail!

Thank you very much, your comment is highly appreciated! 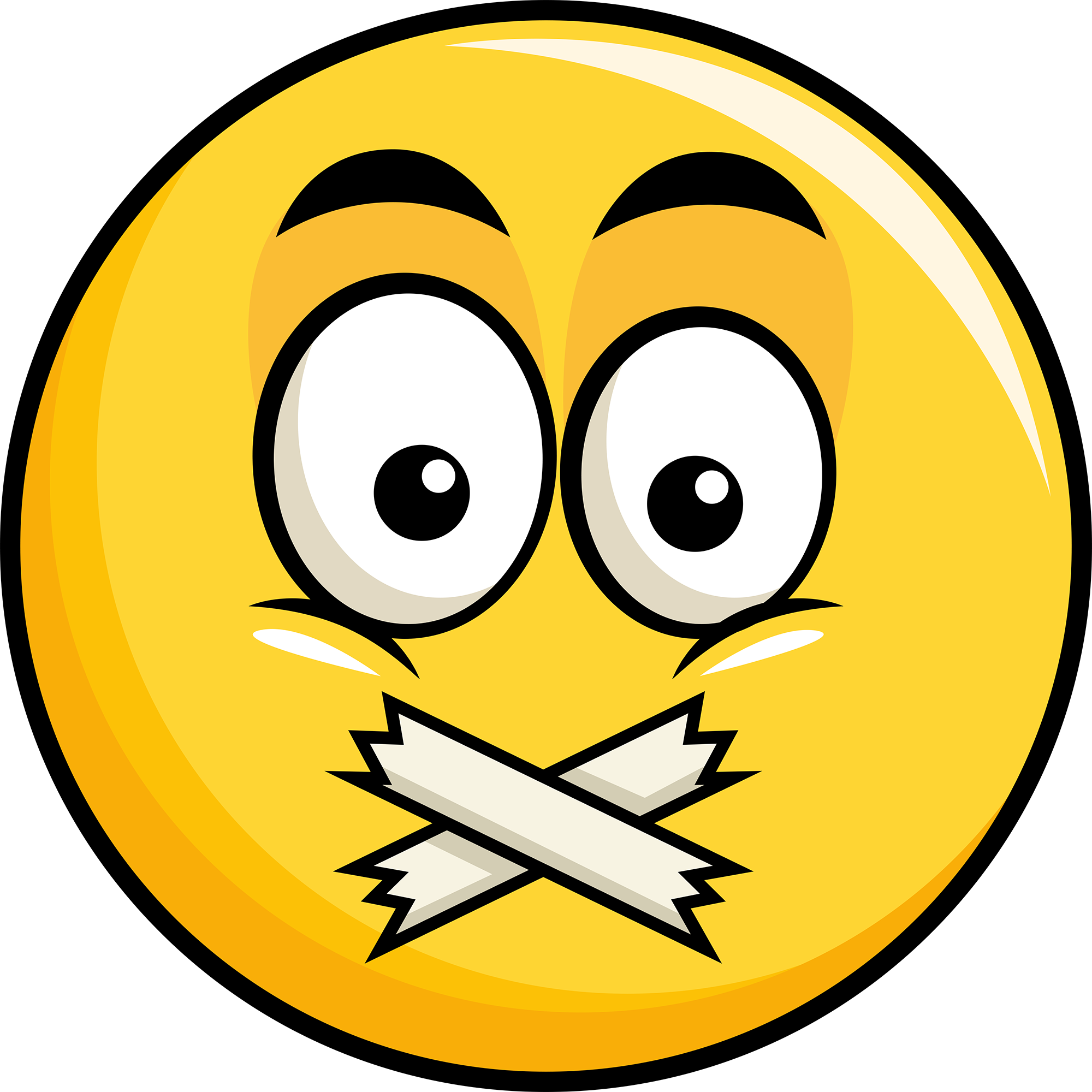 This is beautifully done! /applause

Thank you very much! Both for the nice comment and that you favourite'd :)