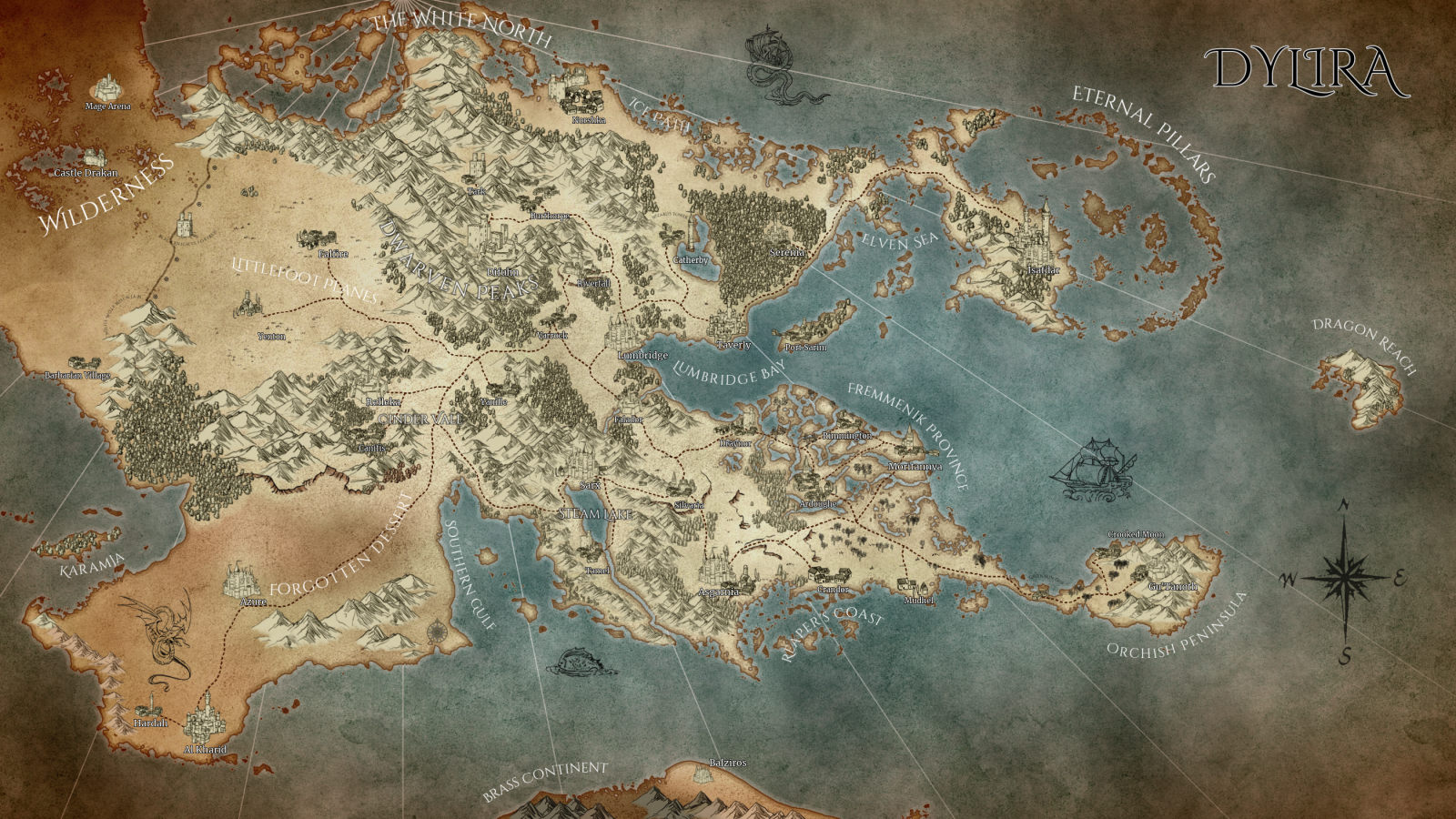 adma224
We find oursselves in the land of Dylira, a continent known as "The Bridge". Thousands of years ago, there was nothing but a void. The god Rytyx lived in solitude as part of the universe, living among the planes beyond the universe. To give his existence a purpose he created the material plane, combining the forces of the different planes and working as some sort of bridge between worlds.   The land of Dylira was the first one to be populated after the creation, as creatures crawled out of the different planes to populate the new realm. The elves where the first intelligent creatures to come out of the Feywild, and after came the dwarves, orcs, halflings, and gnomes. At last, came the humans, and they took this realm as if it were theirs.   In different races, the rivalry started to rise. Mythical individuals managed to master the magic left over by Guthix, and with it, they attained power. If someone controls enough magic they can defy the laws of life and power, and become gods themselves. Through tension and hunger of power, wars started among the inhabitants of this land, led by powerful beings that called themselves gods.