That is not dead which can eternal lie,
And with strange æons, even death may die.
— Hemeon Peaion Lemanis, The Mad Poet


Roje. Tarakan. Adjari...The enemies of Dvergar are many. But no matter how powerful, a being made of flesh can always be overcome and killed. Not all life is made from flesh, however. The world in all its ancient vastness has seen many things...and some relics of the past are not meant to be unearthed.

"While the Nine slept, their minds were filled with the grandest of dreams. But when they woke, all they found was nightmarish horror filled with unnatural life. Shaken to the core, they set about ordering the world." These three lines are all that the ancient texts reveal about the state of the world that was before. A terror beyond comprehension, mercifully cleansed by the guiding hands of the creators. At least that is what most people believe. And thank the heavens that they do, for madness is the fate of the curious. 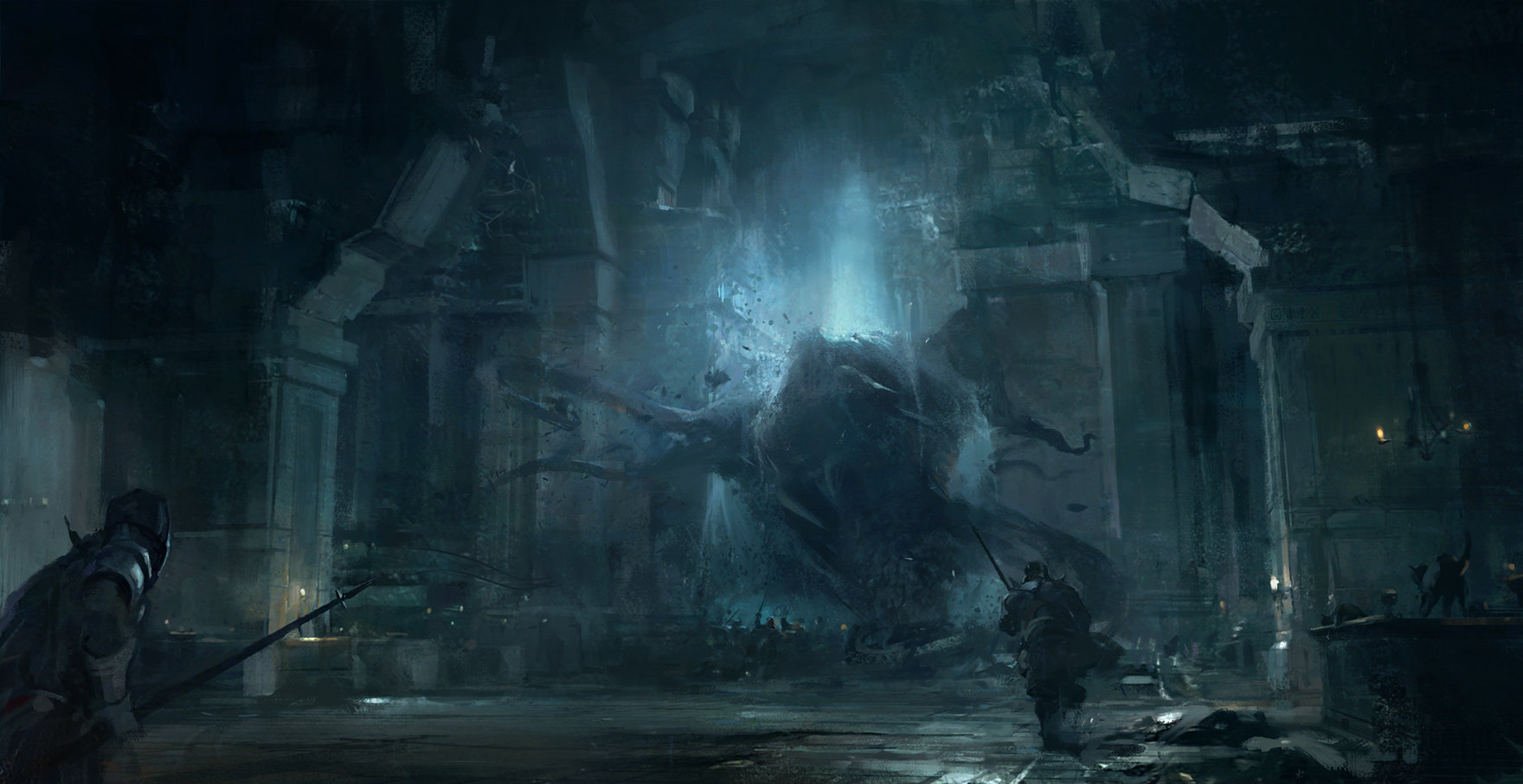 by Börkur Eiríksson
For while the Gods where thorough in their cleansing, they did not remove every piece of the old world. In small pockets deep within the earth, life of an unholy nature has survived. These things bear no name. Their form is so unnatural that it drives those witnessing them into madness. Their thought so alien that even trying to comprehend them leads down into the abyss. Only two things are really known of them: they are filled with eldritch power and a never-ending rage for the creations of their tormentors.

Whenever an "Old One", as Dvergari Mages refer to them in a futile attempt to bring some order to madness, is awoken, usually when a mining expedition reaches into the unknown depths of the Inner Earth, calamity follows. In Recorded History, there have been six such events, commonly known as Devrakarni:


Blessed are those that know not of the dark corners of this earth. For the abyss whispers a truth few would want to hear.
— Unknown

Lifespan
Incomprehensible
Average Height
Unknown
Average Weight
Unknown
Geographic Distribution
Related Ethnicities
Related Myths
Terror Beyond Imagination
Few creatures are as feared by those who know. Even the mighty Adjari would rather flee in terror than face even the smallest chance of meeting an Old One. Their power is tremendous and only rivalled by the greatest of Mages and most monstrous of Dragons.   Whenever such a being is released, disaster follows. The strange energy that surrounds them is enough to drastically alter the land, turning it into something akin to their old home, always with terrifying consequences for the inhabitants.
To Kill Memory
The reason why the Devrakarni are largely obscure is as simple as it is ominous: no one can remember them. Dvergari Mages are adept at all things arcane, including the manipulation of the mind. Whenever an Old One is dealt with, the Mages will do their utmost to remove any trace of the event from popular memory.   Where magic can't help, propaganda does the job. The High Kingdom's agents are skilled at turning truth into lie and it rarely takes more than a few years to make mad ramblings out of horrifying accounts of a meeting with what many would call death itself. And while conflicts such as the Reef Wars are well known, the involvement of an Old One has been carefully removed. 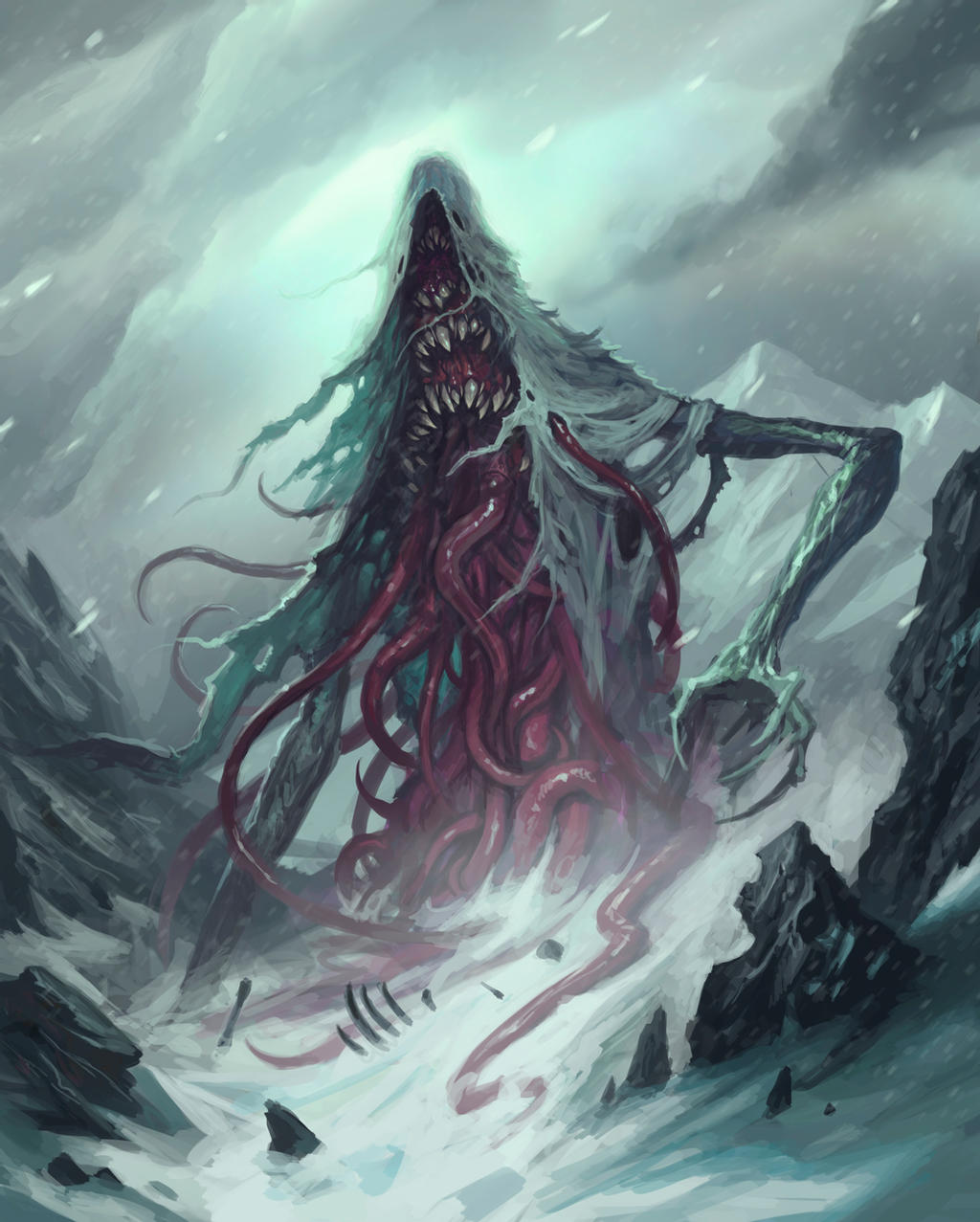 Remove these ads. Join the Worldbuilders Guild
On Beast and Plants

This was very captivating!, Hopefully you will make each of the events you mentioned a event!, Would love to know more detail about them, Still great work!

Thank you very much! Yeah, especially the latter two conflict will get some attention in the near future.