The Smith wanted his brood to be sturdy and hardy, able to weather even the gravest of conditions. Able to withstand any threat.
— Emergence of Life, 2nd of the Holy Books


Elves may craft art of utter perfection, the Seafolk rule the waves and the Giants may call upon the wrath of Mother Stone... But the Dwarves shape the world. Their power keeps nature itself in line. Their minds work tirelessly to guide the people of the free world. Their arms protect them from the Shadow in the West. Without the Dvergari to serve as its pillar, civilization would collapse.


Bodies of Granite, Minds of Stone


When the Smith first thought of creating life, he considered a number of materials to use. Various metals and gems crossed his mind but, in the end, he settled for humble granite. For their souls normal stone was used although unknown to the Smith, it did contain a small piece of Blackfyre Ore.   The materials used in their creation determine the characteristics of each race but not necessarily their looks. Dwarves would originally have looked closer to Elves if not for some involuntary alterations. Their original height was cut in half and their faces flattened, which some believe means they lack noses entirely.   Stunted they may be, but their backs are broad, their bones harder than iron and their arm and leg muscles bulging to the point that even the weakest Dvergari is equal to most Atenarri. Arms longer than they should be give them a surprising range and those that underestimate it often pay a dear price.   Their faces are best described as grim. Sharp edges lead your gaze to sunken eyes that glow with an ominous metallic sheen. Hair for a Dwarf is a mess of material others would probably compare to steel wool. There is not much difference between male and female, the former broader and with longer hair.


Excerpt from "On the Races of the Mountain" by Elven Historian Aetian Maeren   "The Dwarf is perhaps the most dangerous of those that prefer the depths of the earth and windswept peaks of stone to the comforts of normal life. True, the Giant and Pineripper may be dangerous foes, but they do behave like living things. Now, the Dwarf is a wholly different beast, acting more like a mountain, calm, cunning and incredibly deadly when roused."
Patience

A Dwarf is patient, almost unnervingly so. They do not think in days, weeks, or years. They think in decades and centuries, the extent of their plans often only becoming apparent in the pages of history. Be it warfare or progress, both technological and social in nature, in Dvergari hands it will always be a drawn-out affair. This even extends into the area of romance; it is not uncommon for couples to spend nearly five decades with one another before children or marriage become an option.
Dedication

There is no half-assing with a Dvergari. They will always devote themselves utterly to any project presented to them, only leaving it be when reaching a satisfactory conclusion. A war is only finished with the utter destruction of the enemy. Mastery over an art or science can only be claimed when every possible discipline therein has been worked on to the point of exhaustion. Contracts can only be concluded when every minute detail has been worked out. Some claim that this extends into the bedroom as well.

Their core characteristics can be found in every Dvergari on earth with no exceptions. At best, one will find variations in how strongly these traits are displayed by individuals. Dwarven society is as a result quite different from those of the other races of Dvergar:
Caste

Every Dwarf you will meet will have a small tattoo between their eyebrows. This symbol, drawn in metallic colour, indicates which caste they belong to. Dwarves dedicate themselves to one profession for life. Once they have done so, they can only advance inside said profession but are still permitted to marry those of other castes. How social status and environment are affected usually varies from settlement to settlement.
Family

Close second to caste in importance is a Dwarf's family. It's history, status and wealth can influence the direction a young Dvergari chooses, although the extent to which it does has significantly lessened in the past. The young are given a massive amount of freedom, something that others have misinterpreted as Dvergari parents simply not caring, and it is completely normal for families to separate for decades only to reunite again.
Faith

Lastly is the notion of faith. Dwarves venerate their creator, The Smith, more like a clan head than god. This is in stark contrast to pretty much every other known race in Dvergar, who worship their creators in grand ceremonies and extensive rituals. Dwarves simply include The Smith in daily activities, leaving an extra seat at the dinner table or giving an extra greeting during meet-ups for example. Dwarven faith is rather mundane.
Despite or perhaps due to their long lifespans, Dwarves are considered adult at a relatively early age. With a mere fourteen years they are considered mature, both in mind and body, and capable of handling all the privileges and duties that come with adulthood. Males and females are considered fully equal in all matters, although the professions they can chose and positions available to them are strictly regulated.

Home in a Hold 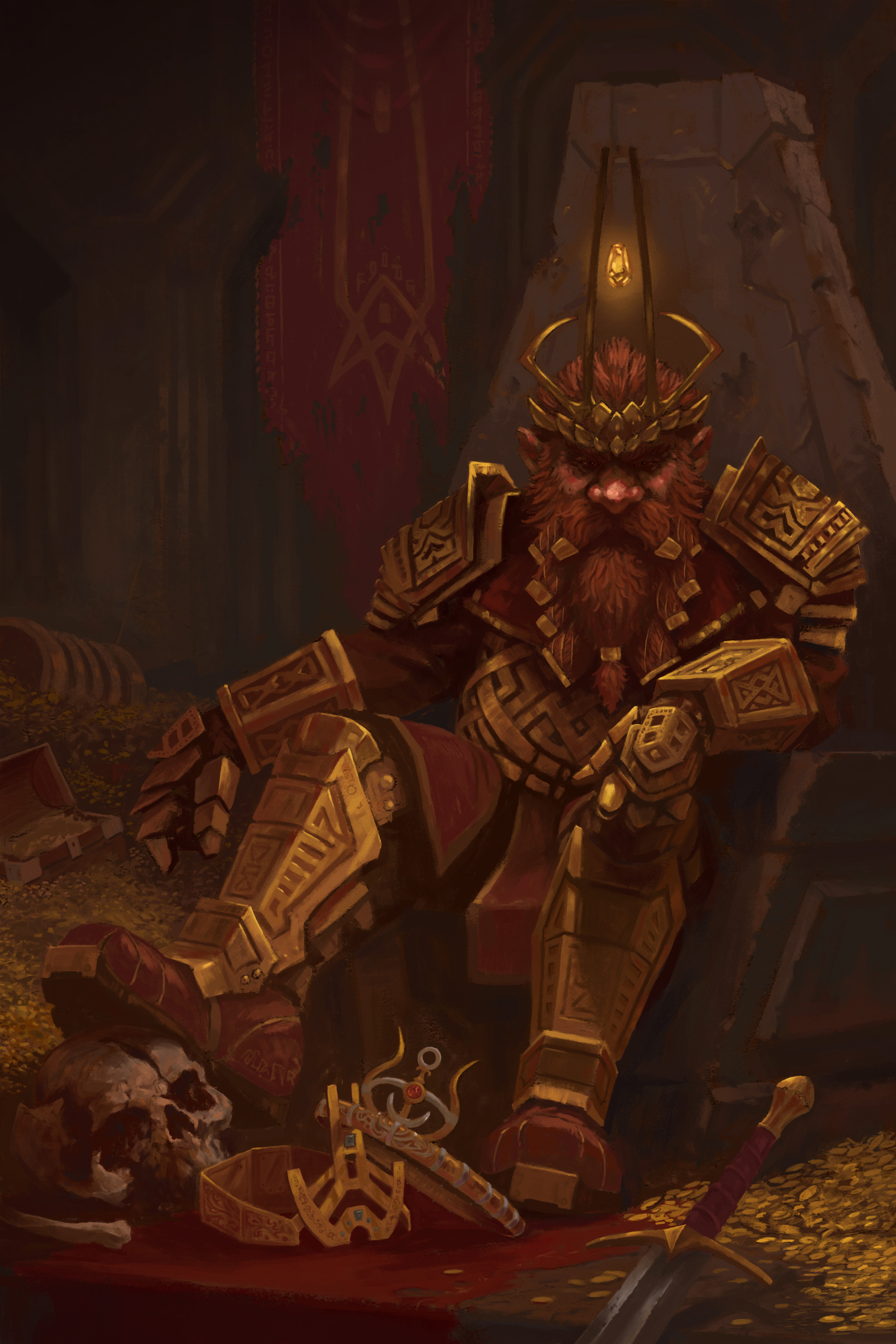 by Justin Usher
The second thing anyone will think of when hearing the word "Dwarf" is a mine stretching deep into a mountain. Many think that the Dvergari simply house in dark and dirty holes, an image that is as popular as it is wrong. Dwarven holds are intricate nets of halls, mansions, factories, and recreational quarters. Efficiency is key, every inch of space within a hold used to maximum effect.   A hold forms the heart of every Dvergari Realm, serving as the administrative, economic and political centre of a large net of mines, outposts, manufactures, fortresses and guard stations. These are outgrowths at best, however. The vast majority of the population is concentrated within the hold, of which there is only ever one per Dwarven realm.   Dvergari realms are perhaps best described as Guild-Monarchies, political power being invested in a series of guilds that elect the Ksoron or Quiron. This system is more likely to select based on skill rather than blood or influence, however, certain families have produced more lords than others over the years and the circle of viable candidates can be quite narrow at times.


Speak softly and carry a big axe. Such is the way the Dvergari have conducted themselves throughout known history.
— Amur Ironridge, Ninth High King of Dvergar 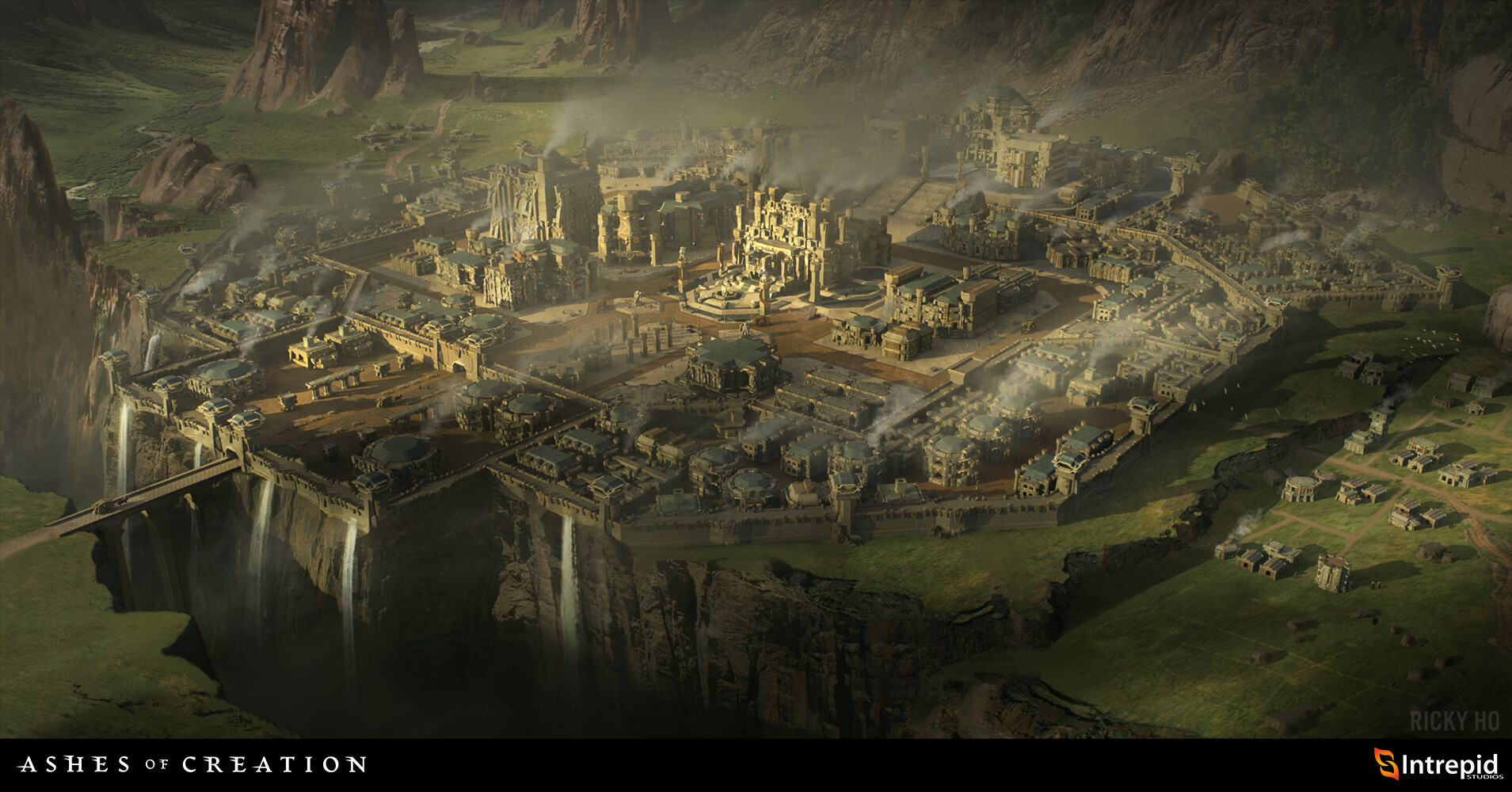 by Ricky Ho
Iron Hair
Dwarven hair is a peculiar thing. Very much organic in nature, as is every type of hair, it displays characteristics much closer to actual metal. Many have compared it to steel in both structure, appearance and hardness although it seems to be closer to iron or gold. Its colour varies, grey, black and blue with metallic sheen being the most common.   To style it, the Dwarves have to quite literally "forge" their hair, applying a combination of heat and force to reign it in. Both men and women style it by carving different patterns into beard and hair, both to indicate status and fashion sense. The Roje Warlords of the Iron Eye Reclamation Army were known to clad themselves in armour made from Dwarven hair.

The storm may make the greatest impact, but the mountain endures all.
— Dvergari Proverb

Different Roles   Dwarven Men and Women are equal in all aspects, except the professions they are allowed to enter. This rule set is as old as Dvergari civilisation itself, based on the affinities the Smith gave each gender, or so the old scriptures say.   Men are forbidden from entering any profession to do with masonry, banking, forestry or medicine. Women on the other hand are banned from gem- and metalworking, alchemy, logistics and alchemy.   Arcane Power   Most remarkable feature of the Dvergari race is their magical potential. For most others, magic is limited to runes, small tricks and minor prophetic powers. Even the Orcs, closer to their Creator than most others pale in comparison. Dvergari Mages have brought nature itself to heel and are able to craft spells ranging from fixing small injuries to wiping out entire nations and armies.   However, such power comes at a cost and Dvergari Mages often have to rest for years after larger spells lest they are consumed by the need for power and grow mad or worse. Recent centuries have seen the Dwarves turn more toward combining magic and technology, perhaps best seen in the fearsome Magitech Abominations. 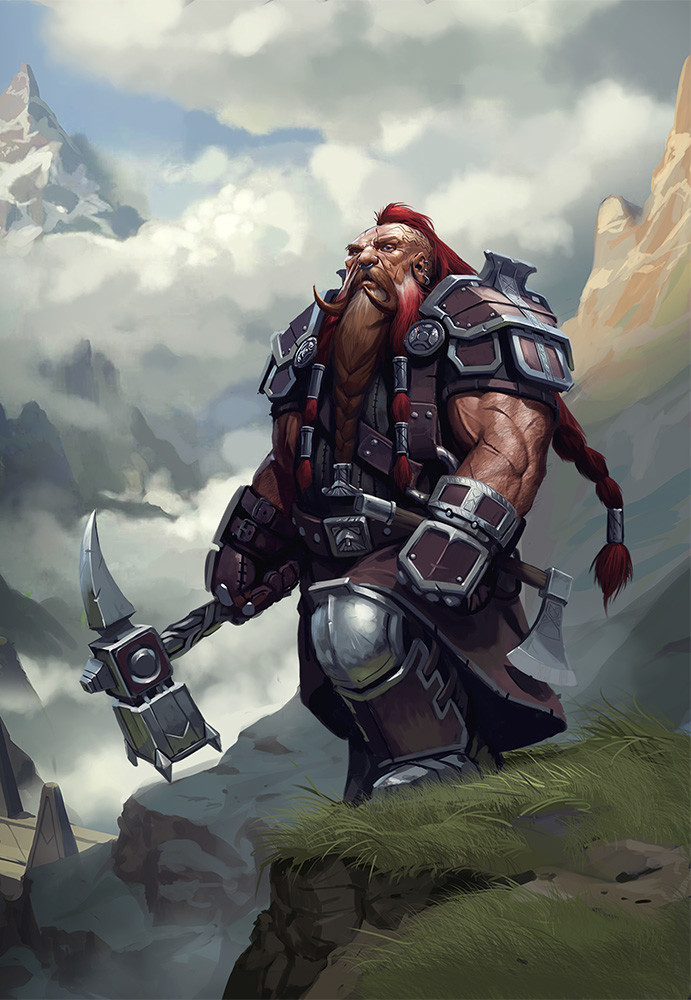 Remove these ads. Join the Worldbuilders Guild
On the Stunted Rulers