A small inn facing the Clearingsford village square, Fiddler's Green is known for good food and potable ales, catering more to the locals than to the caravans that pass through town.   Run by retired ranger Talia Ven, it is primarily a quiet tavern with occasional lodgers.

Fiddler's Green serves food, ale, and has rooms for rent. It tends to see more business as a public house than as an inn, its prices higher than the local boarding houses which cater exclusively to caravan drivers and guards looking for a soft bed on the cheap, and the accommodations of lower quality than the up-scale inns that appeal to caravan masters looking for more luxurious quarters.   Under the strict eye of its owner, it is known to locals as a good place for a quiet meal and a drink, where you don't have to deal with out-of-towners getting rowdy and ruining your evening. It's middling popularity as an inn also makes it an unofficial residence for those passing through town who don't want to draw attention to themselves or seek to avoid other travelers.   Talia is known to keep an eye and ear out for local trouble and quietly offers discounted rooms and services to adventurers whom she recruits in service of the town. While her adventuring days may be behind her, the inn serves as a useful tool for collecting rumors and secret which she passes on in service of the town as needed. 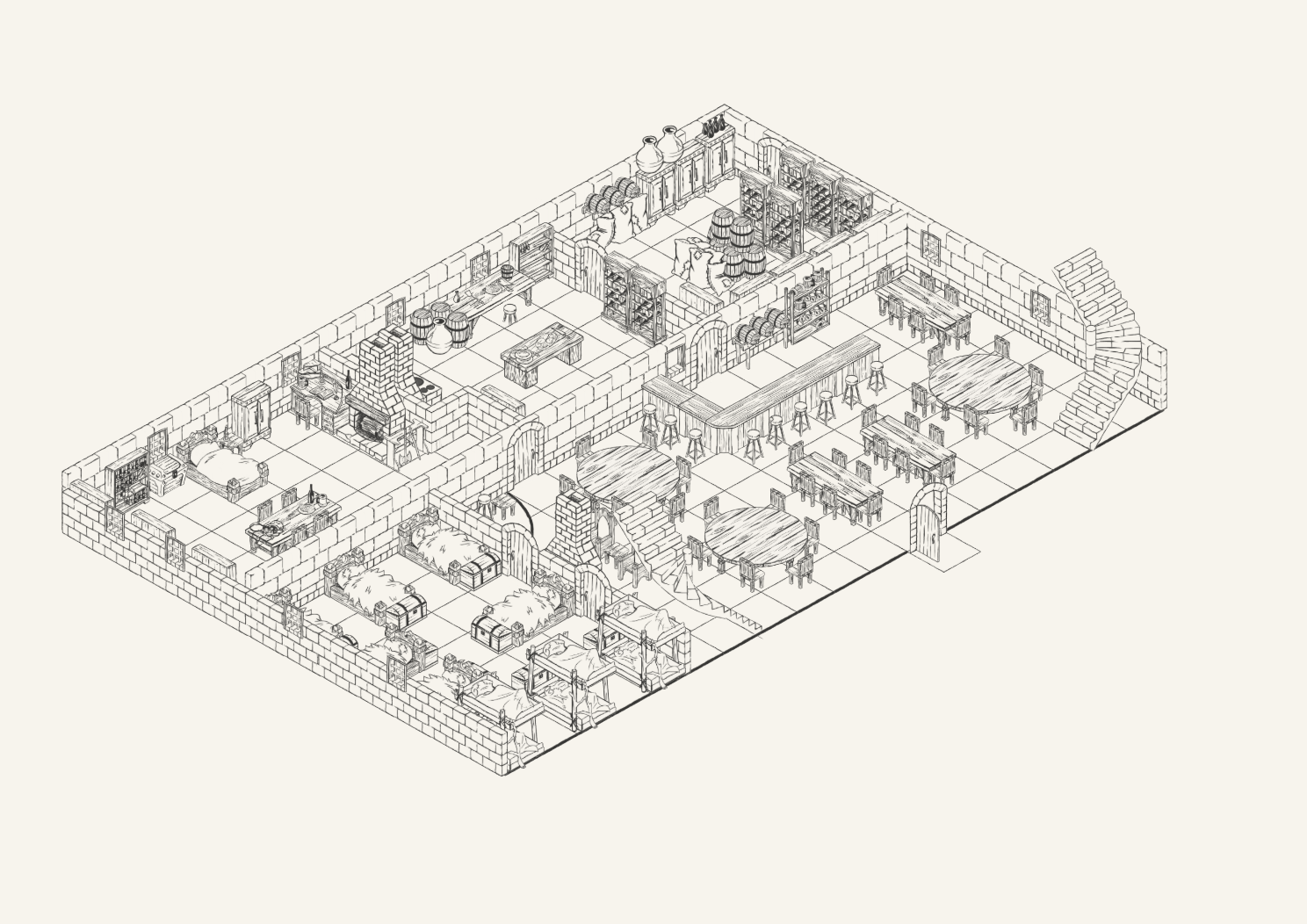 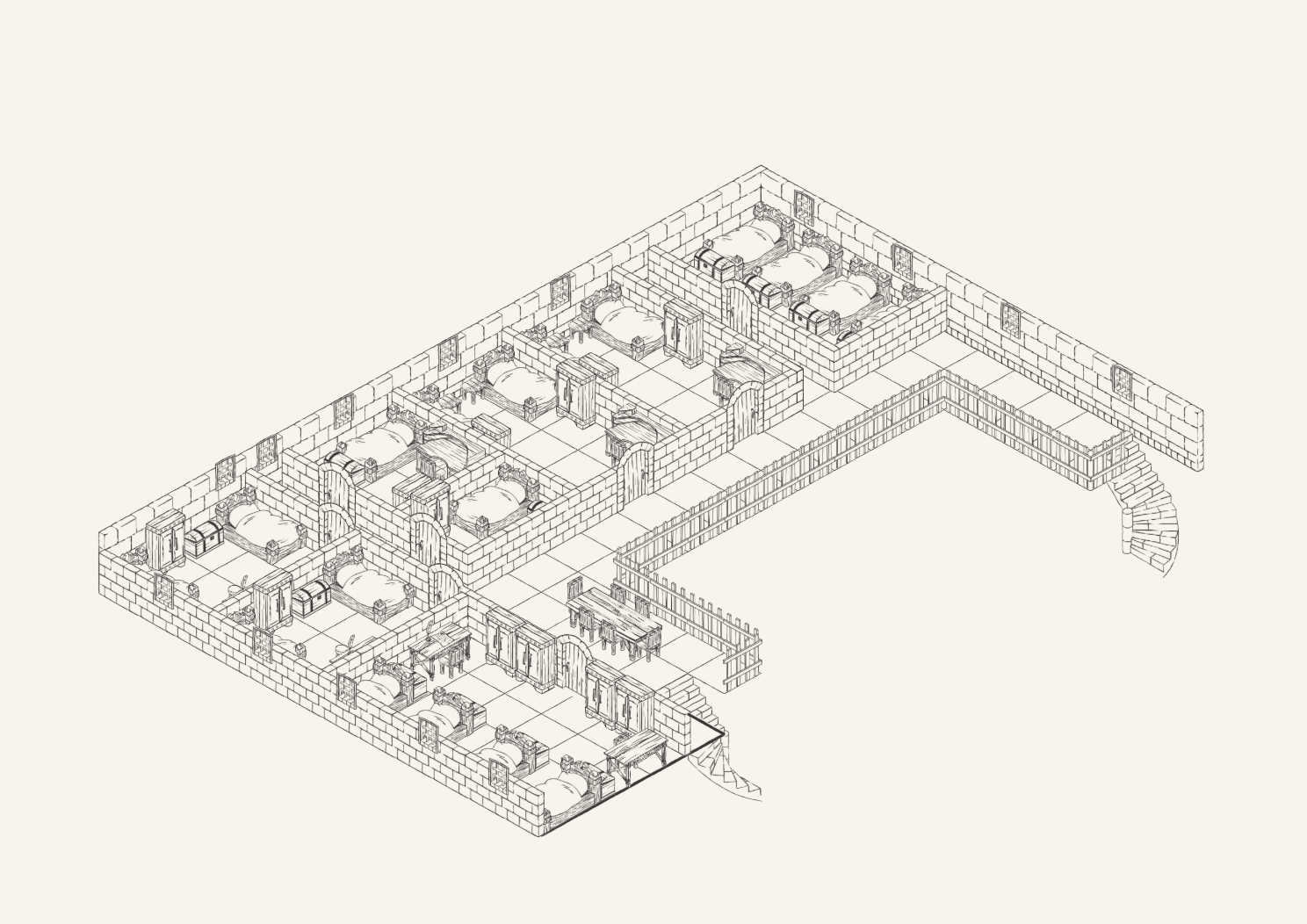 A wood and half-stone building, it is relatively new, having been built after the end of the war and shows the simple, homey frontier style that is common in recent human structures throughout the Dale. The first floor is dominated by a single hardwood-floored common room with a fireplace on one wall and a long bar facing the door. Behind the bar lie a large kitchen and Talia's private room.   The center of the ceiling is open, with a pair of staircases open to a landing above that overlooks the common room and gives access to the rooms on the floor above. Most are for small groups of 2 to 4, but a couple of tiny private rooms are also available. Furnishings are all functional and unornamented, but tasteful wood.

Talia built Fiddler's Green 12 years ago on the sight of an old boarding house which burned down the year prior to her retirement. After purchasing the land with the profits of her adventuring career and the remnants of her Army pension, she built the inn overlooking the village green. It's location, tucked away from the path the North Trade Road cuts through town, rendered the inn less-known to those who see Clearingsford only as a stop-over along the highway, but made it instantly more popular with the town's folk who often seek to avoid the caravan traffic in the evenings.
Type
Inn
Parent Location
Clearingsford
Owner
Talia Ven

Answering: "Describe the most impressive landmark in your world."
Visit Firewing1312's Competition Page Check all other answers to this prompt Competition Homepage