Fél's Hold (also known as The Crescent) is the Moon Guard naval base and port situated in Dragontide Bay on the Western coast of Caliban. It is the largest Bay and Port in the entire region of Caliban as well as the closest to the Old and New Districts of the city of Caliban. The importance of draconic symbolism and imagery is immediately apparent from the carved draconic statues along the bay, dragon figureheads on the bows of ships, heavy dragonborn presence, and a massive Bronze dragon that watches over Dragontide.

The Western coast of Caliban is composed of rolling hills that eventually build to towering mountains as one moves northward and inward. Small huts or sets of docks are scattered here and there where the rocky cliffside gives way to small stretches of smoother rock or sandy beaches. The largest break in the rocky cliffside marks the entrance to Dragontide Bay.   Perched atop a steep cliff on the Northern side of the Bay entrance is a massive bronze dragon. It's long body drapes and wraps across the cliff as it sits regally. The giant dragon rarely moves and, to many tourists, is believed to be nothing more than an ornately carved statue, but Auriga has been tasked with guarding the entrance to the Bay and the Moon Guard fort that lies within it. For ships that arrive at night, crews and passengers alike are treated to the mesmerizing display of glittering light reflecting from the edges of his bronze scales... a beautiful display reminiscent of the stars.   In the center of the Bay entrance, a mass of gray rock and stone emerges from beneath the rolling waves. A 50 foot portion of it has been carved in the shape of a large dragon, painted bronze with scales tipped in blue. Beyond, the large vaguely crescent-shaped Bay is lined with steep cliff faces and the slopes of the mountains beyond. Nearly half of the available space along the sheer cliff faces have been carved to create more statues of various dragons – painted in shimmering powders in all chromatic and metallic colors. Interspersed between the dragons are other draconic figures.   It is often said that the rhythm, speed, and pattern of the tides can be used by diviners of the Moon Guard to predict the future. Others claim the tides here predict the current state of the region.

Where the Bay meets the base of the mountains, the waters divide into various rivers and tributaries. Between them are rocky outcroppings lined with walls and linked by fortified bridges that mark the start of Fél's Hold. Fortified docks line the larger rivers and extend into the Bay itself. Massive vessels lined with cannons and ballistae, reinforced with metal plating decorated with draconic motifs, sit in the Bay flying the flag of the Moon Guard.   The largest vessel in the bay is cared with incredibly detailed, almost gaudy draconic imagery. The neck and horned head of a bronze dragon extends to form the bow of the vessel. At the stern, a 3-story thick-walled building sits only slightly higher than the ornate bow. The buildings curved roof is painted a deep blue with various bronze motifs. One might mistake it for a pleasure vessel if it was not covered in soot stains, scratches and dents indicative of battle... and more cannons than perhaps the vessel should bare. Despite the clear evidence of a history of war, the vessels bow ornament still gleams in the light.   The Fort itself is a sprawling complex of building of gray stone - painted a deep blue in some places – surrounded by walls outfitted with ballista, cannons, and a smattering of various dragonborn in heavy plate armor. Occasionally, an individual in dark blue and purple robes walks amidst the heavily armored folk. The Bronze dragonborn presence is heavy here, but various types of dragonborn serve at the Fort or move in at out alongisde various other races. Per customs (and the law), every individual entering or leaving Caliban must declare themselves to a Processing Office. The dragonborn are known for keeping good records. The coming and going of people into their home... is but one record they keep.
Type
Military, Base
Characters in Location
Related Reports (Secondary) 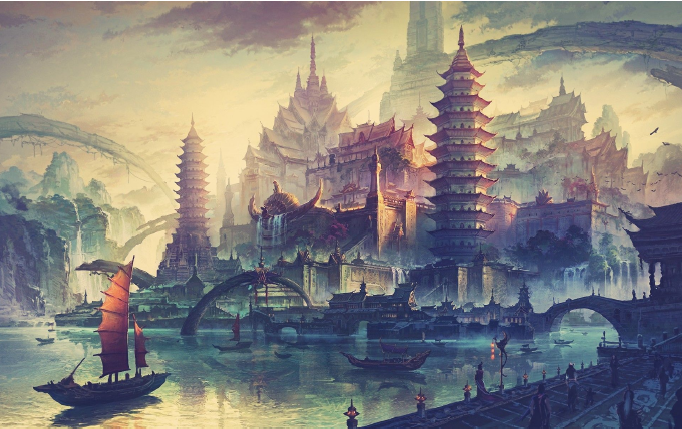 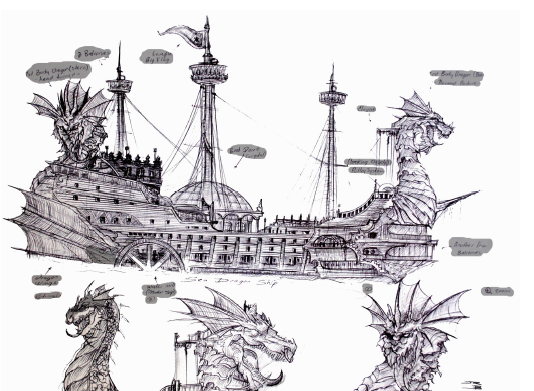