Withercwida is the code that won the war against the forces of Nyx and helped end the Age of Night. Since it was an abdjad used to write multiple languages in code, the forces of Night were unable to decipher it in time to see the plans of the rebel forces.   Withercwida is a know given to it after the war, it was most commonly referred to as leges apostaticorum, or the Laws of the Rebels/Apostates. It gained its current name, which means Rebel/Opposer/Contradictor because it was used to write the plain text of the The Path of the Giants Out Of This World, and is still used for various uses within the Aernadael Commonwealth.

Withercwida is an Abjad Script developed by Dark Lord Nabu Vindonnus while coordinating efforts from Inis Fáil to write the various languages of the resistance in a unified script. 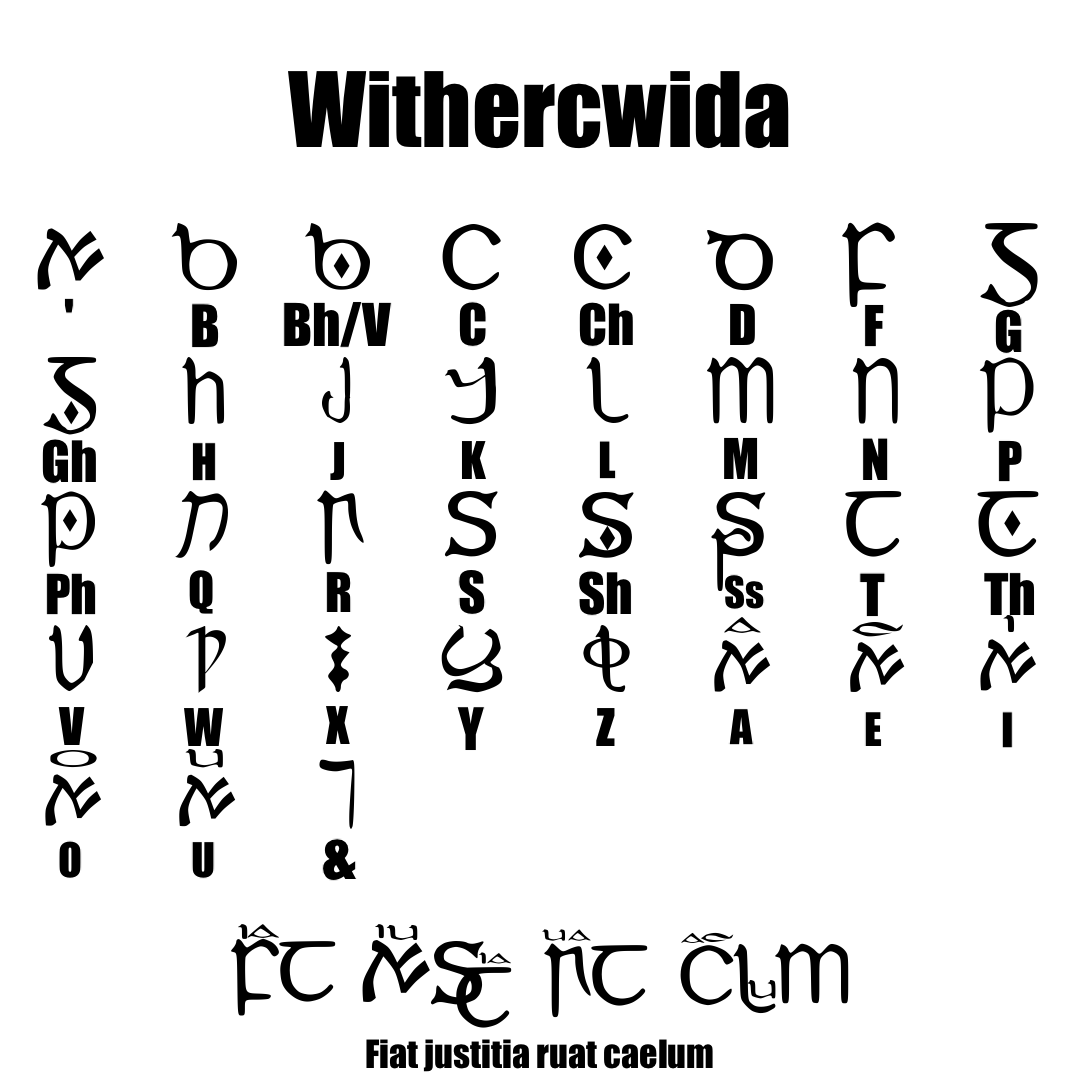 Messages written in Withercwida were impossible for the enemy to decipher because the had to determine not only the language the message was originally written in, but then the method it was ciphered in.   This abdjad led to the later development of Insular Script.

Withercwida was used from Parthia to Inis Fáil, throughout all of Europe, North Africa, and the Middle East.

Key words, names, and locations were often ciphered using Gematria. Since most of the languages used letters for numbers, the value of the word could be easily calculated. The original term being substituted for one with the same numeric value or simply with the number.
Other messages where encrypted with Atbash were the consonants of the were written out first to last and last to first to find the substitutes. Albam (same as Atbash but it divides the alphabet in half and writes both sets in the same order), Achbi (same as Albam but it writes the second half in reverse order), and Ayak Bakar (substituted with the letter with the value 10 time higher) were also used.

Withercwida worked so well because it was used to write messages in every language in the rebellion which required the recipient to be familiar with the signatories preferred language and most common cipher.