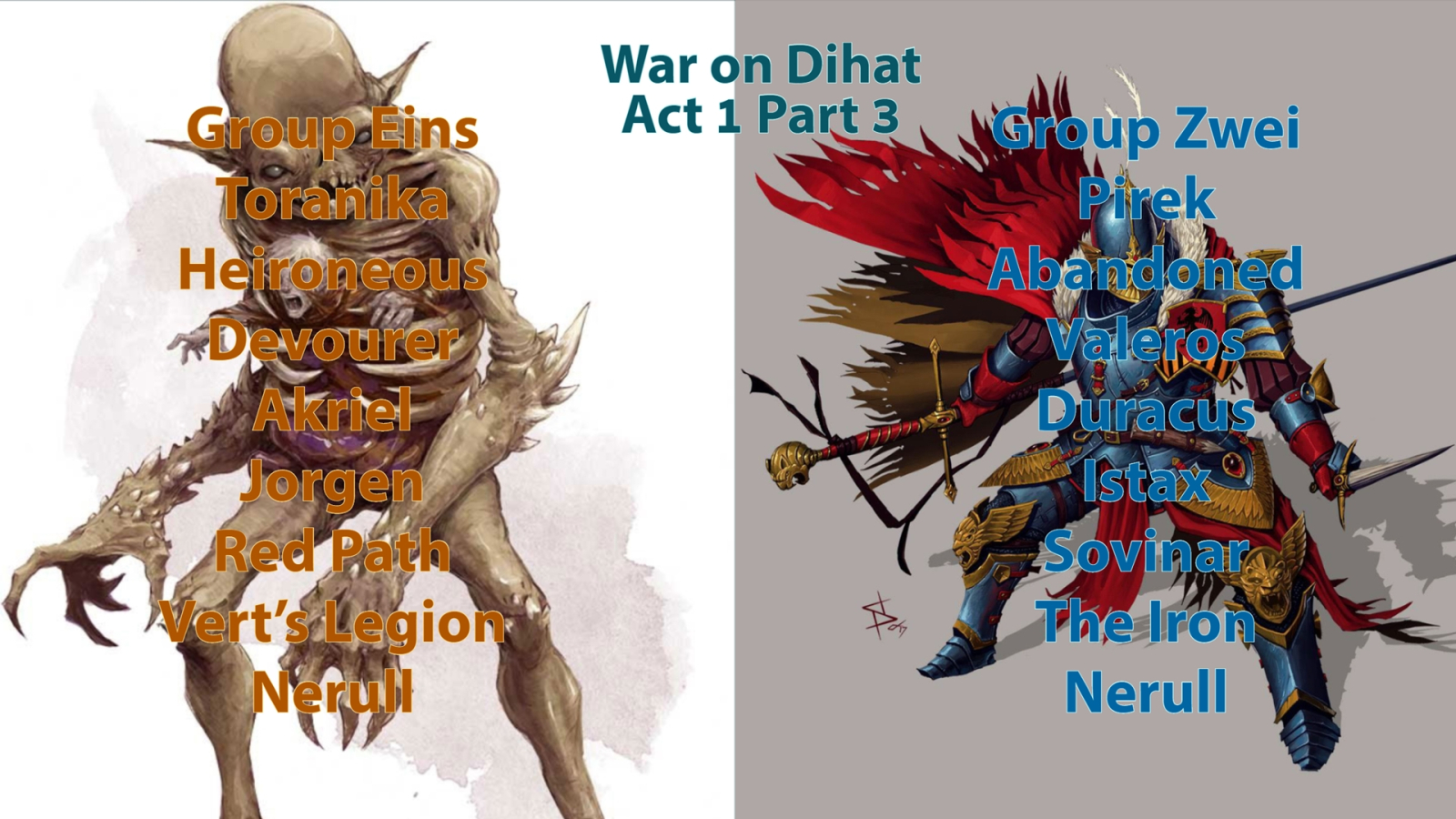 Merton is the central seat of power of the Evaar family. With House Evaar currently imprisoned or in exile due to charges of treason of the highest order, the city is controlled by the King directly. A royal governor is currently in place and has been running the city since the beginning of Nightal (with the departure of the Duraculam invading army). The city has been under martial law since the second week of the Royal Governor arriving, with a strict curfew being enforced by 8 evening time. While this was not a largely popular measure, it has been understood as necessary due to the crisis the nation faces. Aside from the curfew, the Royal Governor has ruled with a fair hand and has kept the city from revolting due to the imprisonment of the Evaars.

Despite spending a large amount of their wealth on keeping their county well maintained, the Evaars neglected Merton's defenses to no small order. The city is surrounded by a simple wooden palisade that has been widened enough to be considered a wall to some extent. A regiment of the Evaar army is still stationed in the city and the immediate area surrounding it, however Valeros has ordered that a regiment from House Nadar be stationed there as well. So far there has not been a serious incident between the two forces. The city is placed at the center of a curve in the river and is protected from land attack on its east and south side. A large bridge crosses the river to the southwest of the city. To the city's north a large, mostly undeveloped forest stands for roughly a dozen miles, while rolling hills complete the city's western approaches.

Merton is a prosperous trade city though it's real strength lies in its industry, mostly in the textile business.

The Evaars have had a reputation of keeping their land intact and held together better than most of the other royal houses. Due to these measures, the city is kept clean and safe with crime rate being the lowest in the nation. Roads and bridges and well maintained and regularly patrolled for bandits and criminals.

Due to the chaotic and lawless nature of the Undivided Regulatory Coalition, the group has been outlawed from Evaar territory, who have pursued this ruling zealously. The National Commerce League has a hand in most trade, industry, mining and agricultural business near Merton and have kept on good terms with the family over the current century. House Evaar is a faithful house, who have been a large benefactor of the Red Scourges. As a result of this patronage, Merton boasts the largest cathedral in the nation outside of Karsder, and a considerable amount of Scourges within the city (a likely cause of the region's peacefulness).