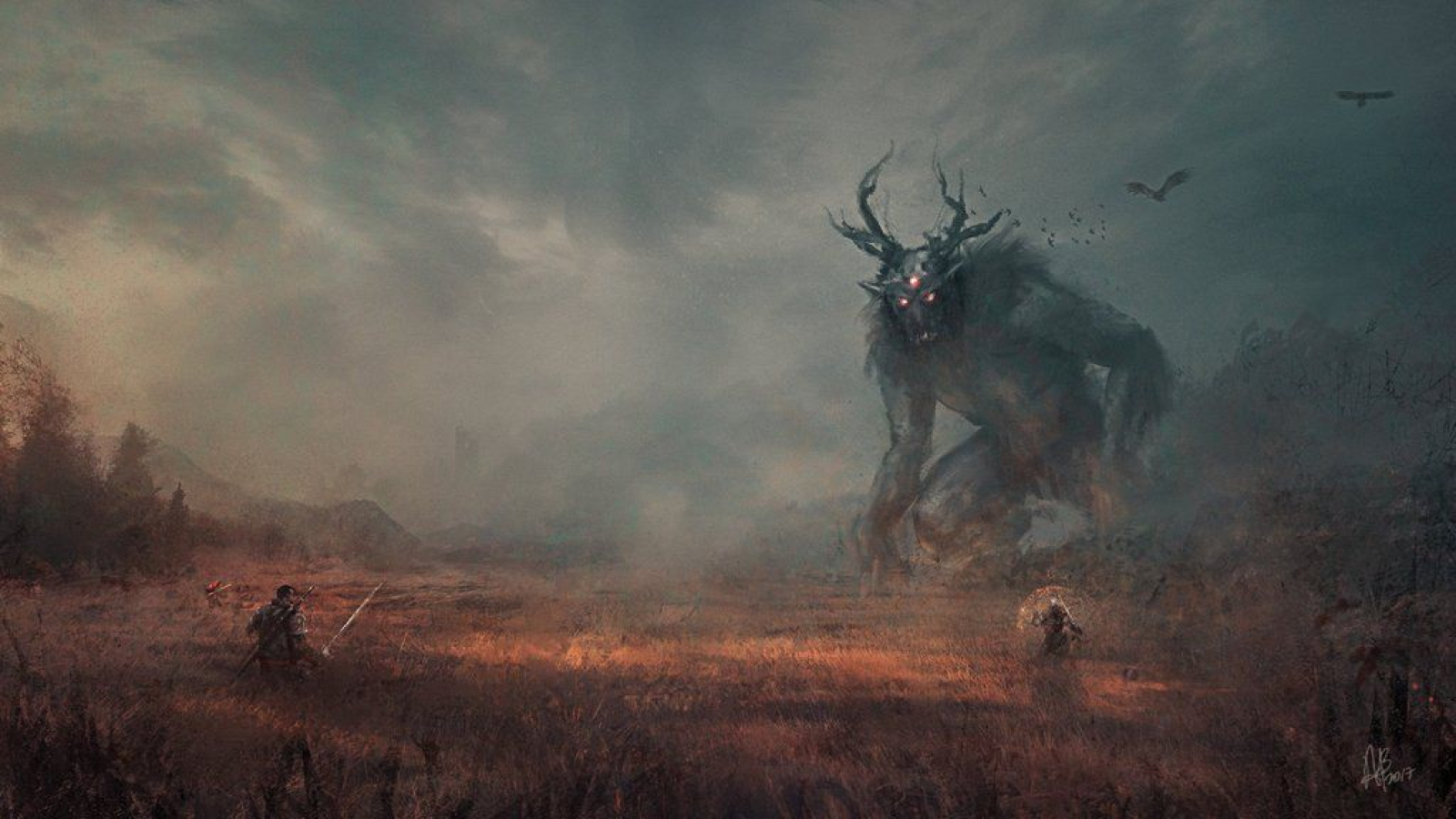 The Wilderness of The Beastlands

The Wilderness of the Beastlands, also known as the Happy Hunting Grounds, was the Outer plane representing alignments between neutral good and chaotic good.   The name Happy Hunting Grounds was given to this plane by those that first scried it, assuming the abundant and varied game and wildlife would be a sportsman's paradise. But the native inhabitants of this plane were all capable of speech and comparable to humans in range of intelligence. Some of the most intelligent creatures could even wield magic. All natural creatures and their giant versions from the Prime Material Plane, including mammals, birds, fish, reptiles, amphibians, insects, and invertebrates, excluding enchanted creatures and monsters, were represented here, and they called their home the Beastlands.   The Beastlands had three layers, all heavily forested with normal and giant trees, plants, moss, and fungi. Each layer had its own time of day which never varied. Weather was regionally distributed and provided all manner of conditions for the habitats of all creatures. Weather in one region did not affect adjacent regions, so an arid desert could exist next to a snowy winter region for example. Any attempt to control the winds, weather, or atmosphere was countered by those airborne creatures who lived in the region.

Krigala was the upper layer, connected to the Astral Plane by color pools and to Elysium, Arborea, and the Outlands by portals disguised as large holes in hollow trees. The river Oceanus flowed in a relatively straight course from Amoria in Elysium through Krigala on its way to Arborea. The sky was perpetually lit by a noonday sun directly overhead regardless of distance traveled.   Legend roars that the greatest game, a great beast with horns larger then any man, can be hunted here forever onward. All types of land can be hunted here and all manner of beast, from jungle to snow capped mountains.

Ilviran theology is dominated by the fact that Ilvir is the only deity believed to dwell physically on Kèthîra‌. He seldom ventures from his home at Araka-Kalai, which resides on both Kèthîra and Krigala simultaneously. Unlike his mortal realm, the Brooder's Outer Planar domain on the Blasted Plains, a desert on Krigala, is constantly besieged by various demi-divine bestial armies. The Kèthîran manifestation of Araka-Kalai is located in the Hârnic region of Misyn. Also called the “Pit of Ilvir” or “Ilvir’s Shaft,” the visible aspects are only a small part of the whole. Beneath a crumbling man made tower, there are endless dank caverns, in which the Brooder is said to spawn his creatures, the Ivashu, the “fatherless multitude.” The odor is so bad that few care to approach; it is considered an act of great devotion to do so.

The second layer of the Beastlands was constantly in dusk or dawn due to two suns on opposite ends of the horizon, hovering there and turning the sky a reddish hue. The landscape of Brux was similar to that found in Krigala. Brux was the location of the Library of All Knowledge.

The bottommost layer was the land of starlight. Above any clouds or fog that might exist in a region was a clear night sky full of wandering stars. The stars moved randomly such that all attempts to map them into constellations were unsuccessful.
Alternative Name(s)
Beastlands
Type
Dimensional plane
Location under
Outer Planes
Characters in Location

Remove these ads. Join the Worldbuilders Guild
The Beastlands