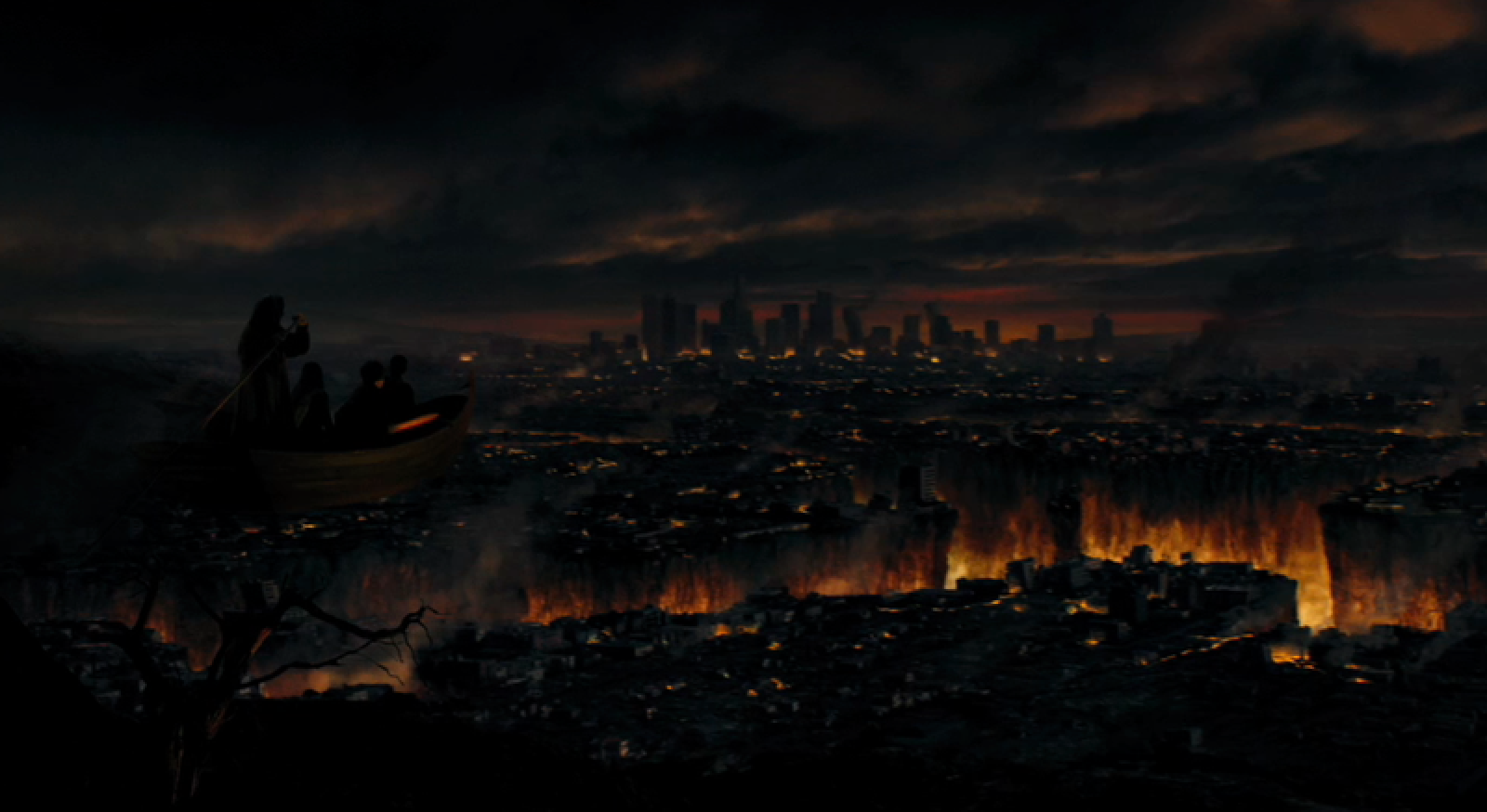 The Gray Waste of Hades

The Gray Waste of Hades, also known as the Gray Waste, is an Outer Plane, home of the daemons. Located at the midpoint of the Lower Planes, it was a plane of evil balanced between Law and Chaos.   The three layers of Hades were called glooms for good reason; they were realms devoid of emotion, hope, and peace. Gray land and gray sky throughout, with no sun, moon or seasons to break the monotony. Any color other than shades of gray would be obvious against the background but would fade to gray in a week or two. And like bright colors, beings would begin to fade also. At first they would feel the drain of emotions leaving only sadness, ennui, and defeatism. In a tenday or two they would be trapped in Hades and their existence would begin to fade until finally they became larvae.

The first layer of Hades was named for the lord of the daemons (the Oinodaemon), Anthraxus the Decayed. Oinos was the land of disease with stunted and withered plants amid gray rocky terrain. The river Styx flowed through this layer and there were portals to Carceri, Gehenna, and Concordant Opposition that looked like huge spinning metal coins, visible for miles, often guarded by iron fortresses. Anyone walking this land or floating on the river Styx had a chance of contracting a major disease. Many of the daemons and some of the other creatures from the lower middle planes who were immune to disease made their home here.

Compared to Oinos, the terrain in the second layer was rougher, like foothills, with cooler temperatures, healthier vegetation including pine trees, and no disease. Everything was cloaked in dreary fog and mist, limiting vision to about a hundred feet.

The lowest level of Hades contained the base of Mount Olympus, a direct conduit through the Astral Plane to the plane of Arborea. The gray motif continued throughout this layer but most of the vegetation was black willow trees and dry, dying poplars.

The daemons were the presumed rulers of Hades, but were actually outnumbered by the bird-like diakk and the greater powers had no trouble carving out realms for themselves. Factions of demodands carried on a low-level insurgency, sniping at the daemons but generally avoiding large-scale conflict that might attract the attention of the resident deities. Also known to inhabit all layers of Hades were achaierai, nightmares, mephits and night hags.