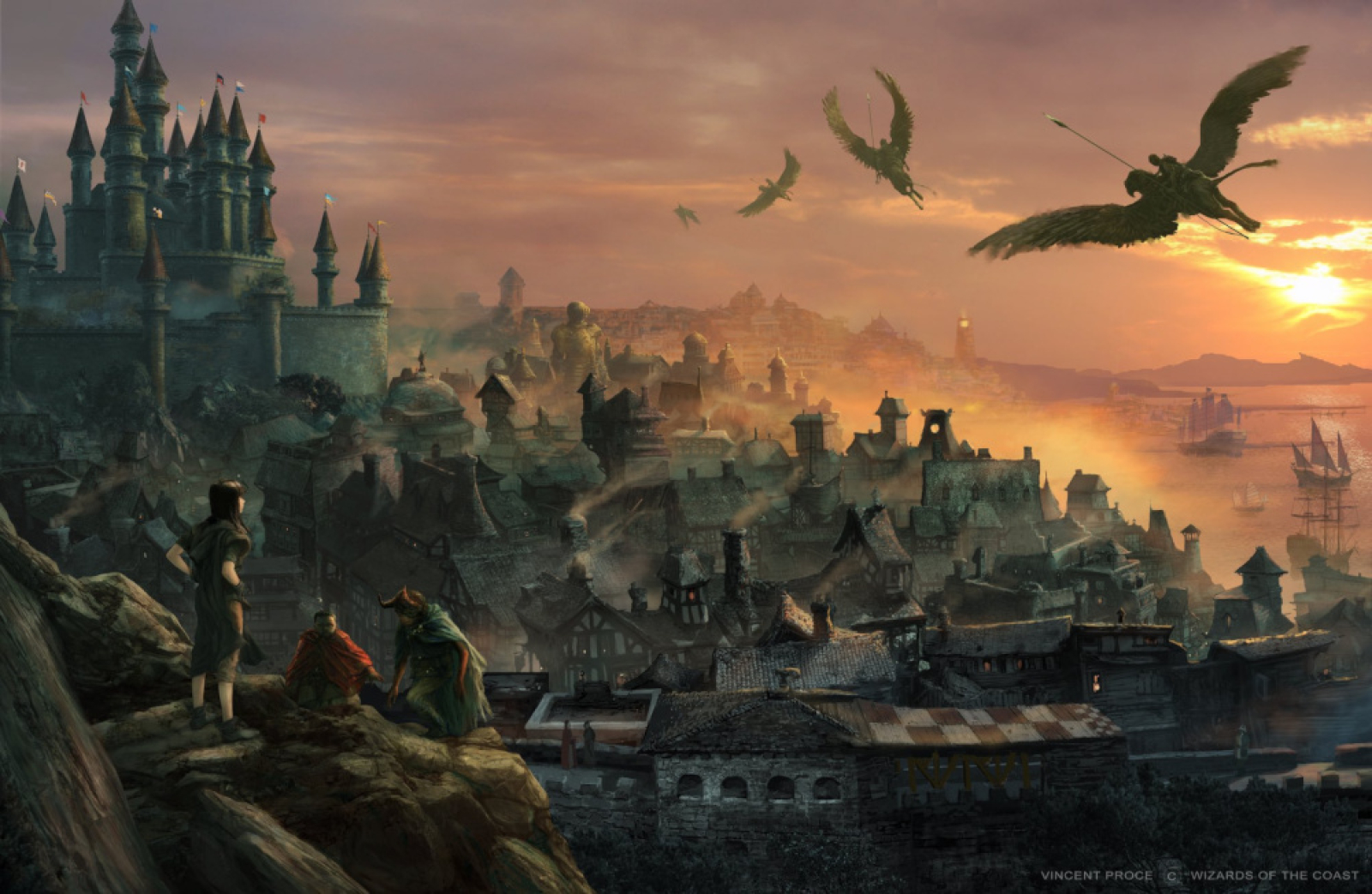 Arion, Kelaryn, and Varis all eased awake to another morning alive and given the light around the tub over the window the day presented was at but dawn. After a second knock they all, with the exception of Tokin, awoke fully to hear a messenger call his intent at the door. After Arion moved his bed from the door and answered, he was greeted by a halfling messenger. The messenger declared, "I'm told you were to expect a courier. I pray saer won't be offended at the hour but I received the message in godswake and delivered it thusly in but a long song here at dawn with but an address and two first names. It hails from the palace." With a nod and a posture that presented an intended refusal of a tip, the courier quickly darted away without a single footstep heard. As the door closed, Arion held a folded letter of invitation to the palace.   Once the heroes set out into town they visited Meiroth's Fine Silks, for a dress for Kelaryn and a new fine tabard for Arion. At Piatran's Clothiers the bought some new traveling clothes as well as several magical items. After passing through the Dock Ward of Waterdeep, where a young girl tried to rob Kelaryn, they ventured north to an Aurora's Outlet off of the High Road. Back down south they bought ten pounds of both high quality Adamantine and Mithril from Feil's father Quarion.   Once at the Palace of the Open Lord for the afternoon they had lunch, read a few books in the library, and then enjoyed a dinner with the local nobles. The heroes then had a conversation with Open Lord Neverember before retiring for the night.

Kelaryn met Mira Mor and they discussed their lives in depth and the cosmic Outlands as well as their morals. Kelaryn took a moment to tell J'onn J'onzz about the death of Duryo, Grumwish, and Marlyn. She also explained what Duryo had hidden from him in their mind meld, the glyphs. The Martian Manhunter took the news in great stride when he learned that not all was lost. After revealing more details that had been hidden, Kelaryn asked the Martian to look into her past and confirmed that she was born a Grey Child of the Universe. After she returned to the Drawing Room, Kelaryn concluded her conversation with Mira and proceeded to the library where she learned more of smithing and the Feywild. Kelaryn then went to view the Griffon of Waterdeep but as she was leaving, something happened with time and even the guard Diggory forgot the statue as it disappeared.

Meiroth and her staff, Quarion and his butler, Mira Mor, and Alfred the guest butler at the palace.