After SHEO's mapping of the Proxima Centauri planetary system, the probe Copernicus was launched in mid-2039 to explore it. Copernicus followed close behind the

Breakthrough fleet at a brisk 0.3c, arriving in the system just after New Year’s Day of 2054- nine years after the data from Breakthrough returned home. The probe slowed to orbital velocity and parked around Prometheus, making detailed scans of the planet’s surface and taking high-resolution images to send back to Earth. A year later, after Copernicus’ onboard AI had determined a landing site, the surface probe was deployed. The results were stunning. 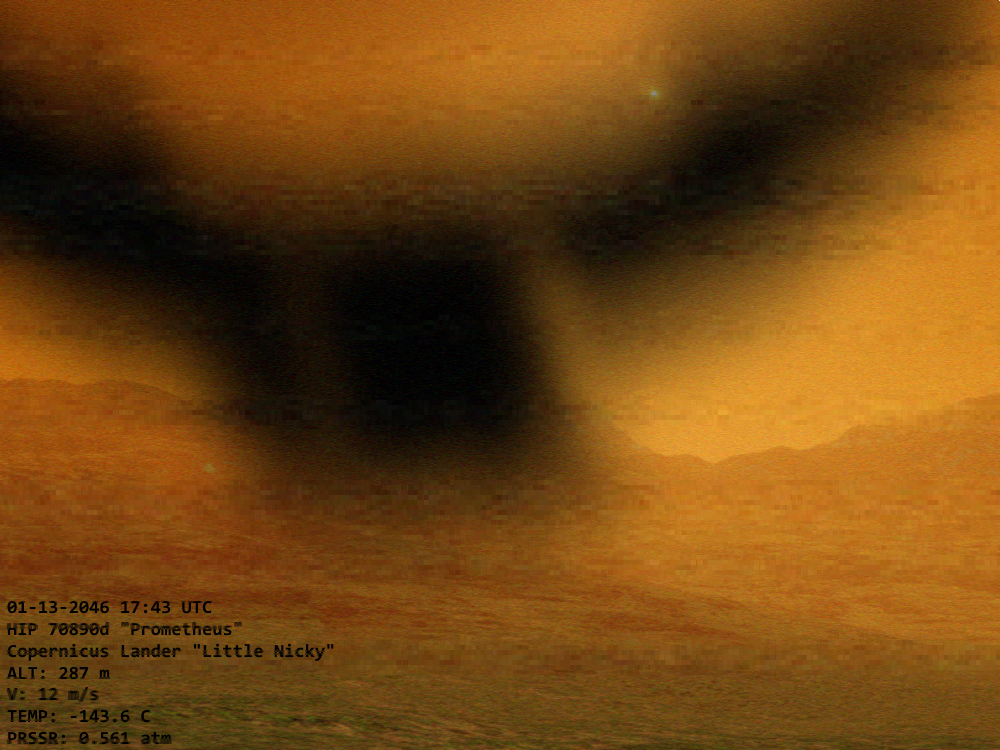 The lander, affectionately dubbed “Little Nicky,” touched down in a flat region later labeled Planum Hecateris. Its reentry video is one of the most famous pieces of visual media, as the scene revealed when Nicky passed below the cloud layer was no less than a great herd of alien creatures traversing the plain, followed by a swooping pass from a local flighted predator and a soft landing in a patch of the region's namesake “hand-grass”. The three-minute video clip effectively turned science fiction into science fact.

When the images from Copernicus and “Little Nicky” arrived on Earth, humanity was stunned. The discovery of microbial life on Europa in 2038 had established that life on other worlds could and did exist, but expectation of thriving complex life was still practically zero, especially so close to the Sol system. The images from the surface produced a profound paradigm shift in humanity.

After the departure of the Arete mission from the planet in 2086, Copernicus and "Little Nicky" served as a way to remotely monitor the technological and social development of the Prometheans until their invention of radio transmission (and shortly after, their invention of the ansible). The Copernicus mission officially ended when the primary memory on the orbiter failed in 2147, rendering the probe dead.