In early 2031, the imaging component of the Sagan High-powered Exoplanet Observatory -the largest and most powerful telescope yet built by humans- was successfully inserted in an Earth-trailing orbit. Immediately it turned its gigantic eye on nearby star systems, seeking to capture the first detailed direct image of an extrasolar planet.

On November 9, 2031, SHEO-I beamed home the first visible-spectrum close-view photograph of a world bound to a star other than Sol. The subject of the image, though washed out and grainy, was clearly a terrestrial world, and it orbited none other than Sol’s neighbor Alpha Centauri. 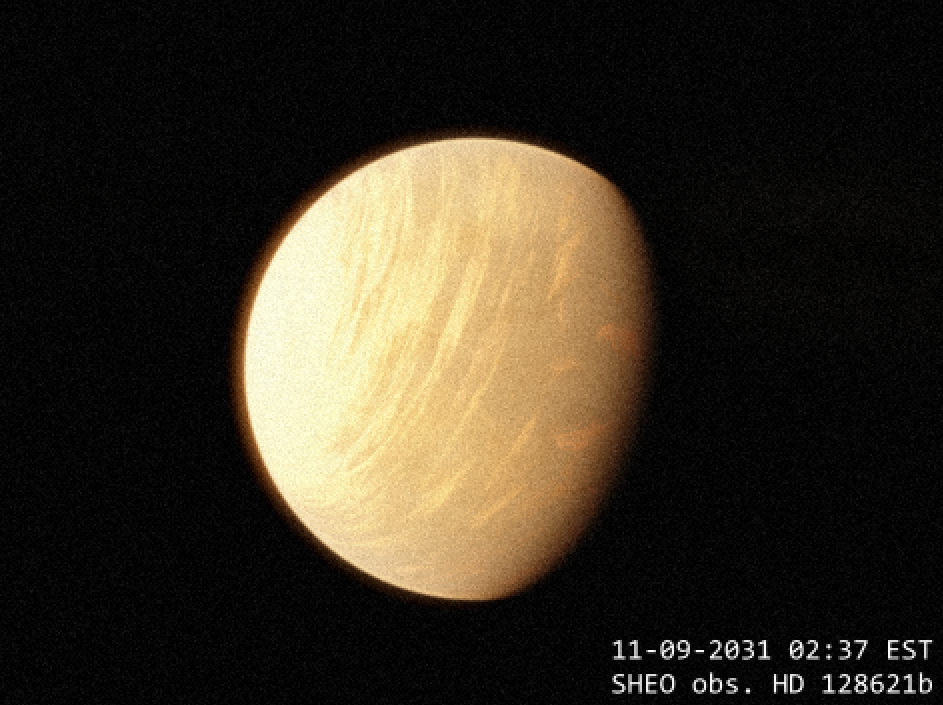