Powered by the enthusiasm behind Vulcan's discovery in 2031, a large unmanned high-yield nuclear-pulse probe (lovingly dubbed Spock by the population) was launched to the Alpha Centauri system in 2039. Cruising at a maximum velocity of 0.2c, Spock reached the system in 2061, falling into orbit around Vulcan later that year and deploying its lander Nimoy shortly after. However, when the mission data returned to Earth in 2065, it was revealed to humanity that naming the planet after the Roman god of heat and fire was a more apt name for αCenBb than anyone had ever imagined. Nimoy was tragically short-lived, though Spock itself lasted for several years before its transmitter finally malfunctioned and contact with the probe was lost. 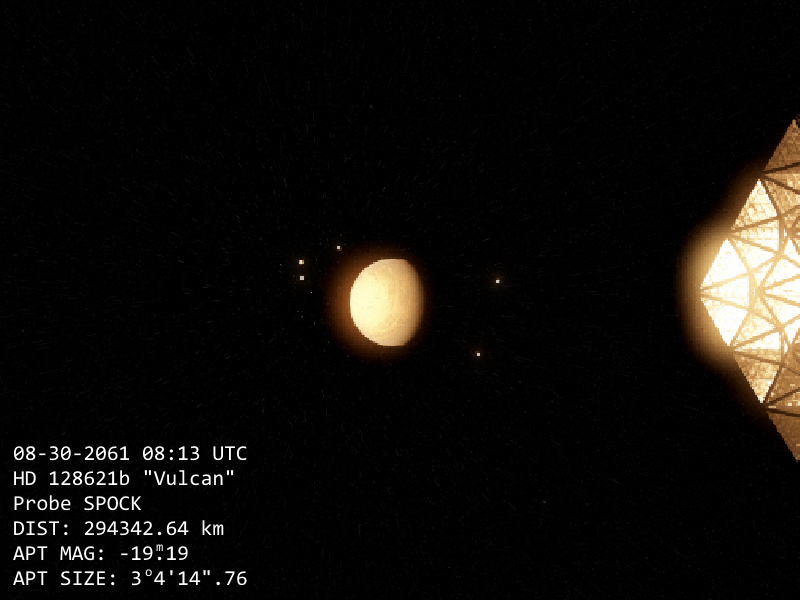