Titan is the largest moon of Saturn and the second-largest natural satellite in the entire Sol system, as well as the only moon in the system with an appreciably dense atmosphere. Its geochemistry is unique in the Sol system: Titan has the volatile composition of cryonae but surface features mirroring terrae; as such, it is the archetype of the titanoid planetary class.

Titan is the largest and second-farthest major moon of the planet Saturn, which is the sixth planet from its sun Sol. It orbits at roughly 20 times its parent planet's radius, exceeded only by the major moon Iapetus. Its rotation is synchronized to its orbit, and thus one titanoid hemisphere (the Saturnbound face, or "near side") is constantly visible to Saturn while the other (the spacebound face, or "far side") is never visible. However, this does not matter too much, since Titan is blanketed by an opaque, dense atmosphere of nitrogen and vaporous hydrocarbons that give this world's sky an intense golden-yellow hue.

The internal structure of Titan is the strangest of any planetoid in the system: the icy, pseudo-tectonic crust of the moon drifts atop a mantle-like sea. Titan's surface is marked by broad regions of bright and dark terrain, including Xanadu Terra: a large region about the size of Earth's continent Australia with a high albedo. Xanadu is filled with hills and cut by river valleys; indeed, most of the satellite's equator (especially the deeply crevassed Shangri-La Terra) is eroded by Titan's unusual hydrocarbon solvent cycle. The poles of this hazy world are saturated by large seas and lakes of liquid methane quite similar to those of Prometheus.

Titan hosts an introduced biosphere of promethigenid organisms, transplanted from Prometheus by the Promethean colonists of the moon. 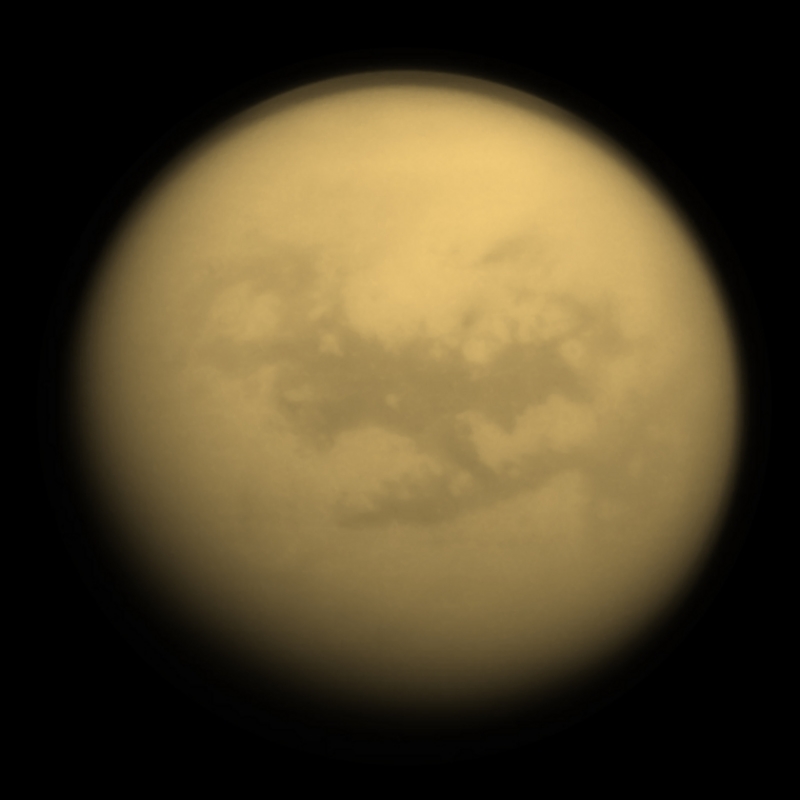