Skgri'i (skgɹɪʔi), nicknamed "satyrs" by humans, were a species of bipedal hexapod sophonts originally hailing from Hemera in the Barnard's Star system. Though more technologically advanced than any other known sophont species, the skgri'i appear to have gone extinct around 4400 UME (8600 BCE). While the cause of their extinction is not precisely known, archaeologists have found extensive evidence of a catastrophic interstellar war between the satyrs and some unknown adversary; this conflict likely drove them to extinction. 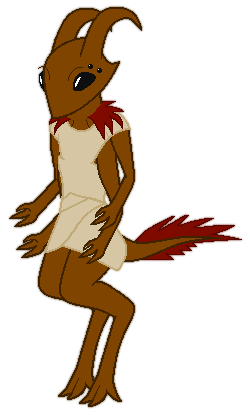 Skgri'i were vertical bipedal hexapods, with two sets of manipulatory forelimbs on the sides of the upper torso and and a pair of digitigrade hindlimbs used for terrestrial locomotion. The lower section of the spine transitioned into a short tail with a large dorsal/ventral fin of fur-like pycnofibres, used as a balance mechanism while on the ground (with the fibres likely being a superficial display structure akin to human hair or shyxaure parafeather manes.)

Though somewhat insectoid in appearance, skgri'i were endoskeletal, with bones composed primarily of collagen and copper carbonate. Their vascular oxygen carrier was coboglobin, a cobalt-based protein that turns dark amber when oxygenated.

Skgri'i had a total of six superfine-lensed compound eyes. The primary pair were largest and most sensitive to detail, able to detect well into the infrared; the two sets of secondary eyes were far smaller and simply attuned to motion and shades.

Skgri'i were also very sensitive to aural stimuli thanks to the pair of large, hornlike antennae atop their heads. These antennae were filled with statocystic fluid, and were actually quite flexible -it is believed that antenna movement was the main mechanism of emotional display in the species, though muscular structure above the primary eyes provided additional expression.

The skgri'i tactile sense was moderately strong. Their entire epidermis was sensitive to tactile input, though the effect was most intense in the manipulative structures at the ends of the upper limbs.

Skgri'i relics have been found across a wide region of known space, centering on the planet Hemera in the Barnard's Star system. In the 23rd century CE, there was a prominent theory that Fortuna was the original homeworld of the satyrs and their biosphere; this was debunked upon the discovery of fossils on Hemera.

The optimal survival range in a variety of factors for an unequipped satyr is presumed to have been very wide, considering their homeworld's extreme climate gradient. However, they were quite a technologically advanced species, and were able to establish permanent presence in many ostensibly inhospitable locales. 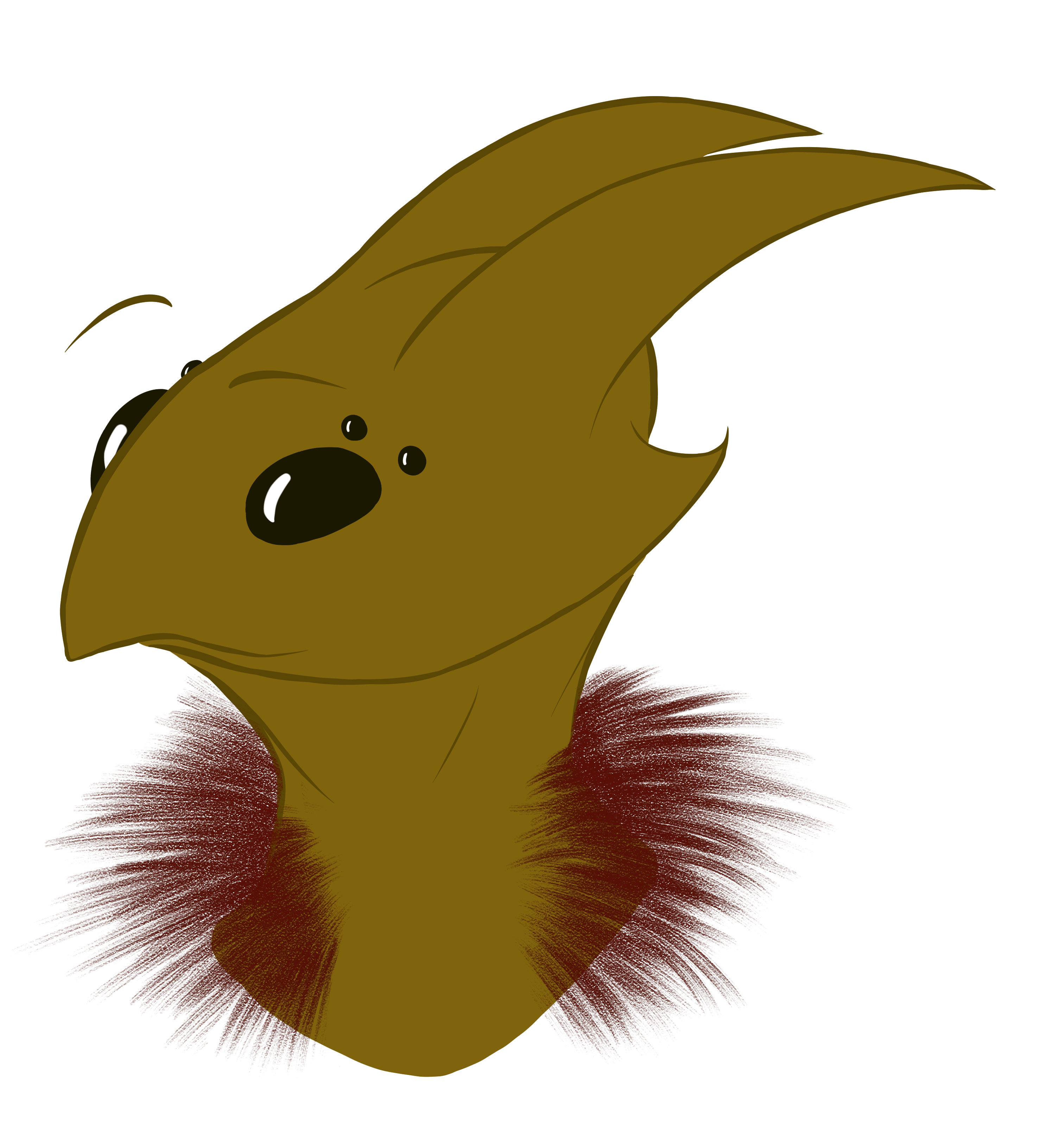 The only extant sophont species which is known to have made direct contact with the skgri'i are the Xib Zjhar, but their xenophobic hostility towards the USSC and overall reclusive tendencies renders social archaeology with the shells a virtually impossible task. Some scholars suspect the satyrs may have visited Earth as well, but there is no concrete proof of this theory.
Sophonts