Shyxaure (ʂɪks-ʌʊɹ-ɹə, often abbreviated to shyx) are a bipedal, winged, vaguely humanoid species of volant sophonts from the planet Delvasi in the Aelycah (Delta Pavonis) system. These sophonts are remarkably durable and can tolerate a broad range of temperatures, but due to their high metabolic demands they are far more prone to hypoxia than other known sophont species. In fact, while most other species can easily breathe Delvasi's air, shyxaure will suffocate in many otherwise breathable atmospheres; at one bar of pressure, any O2 percentage below 32% is much too thin for the shyxes' hyperactive oxygen metabolism. 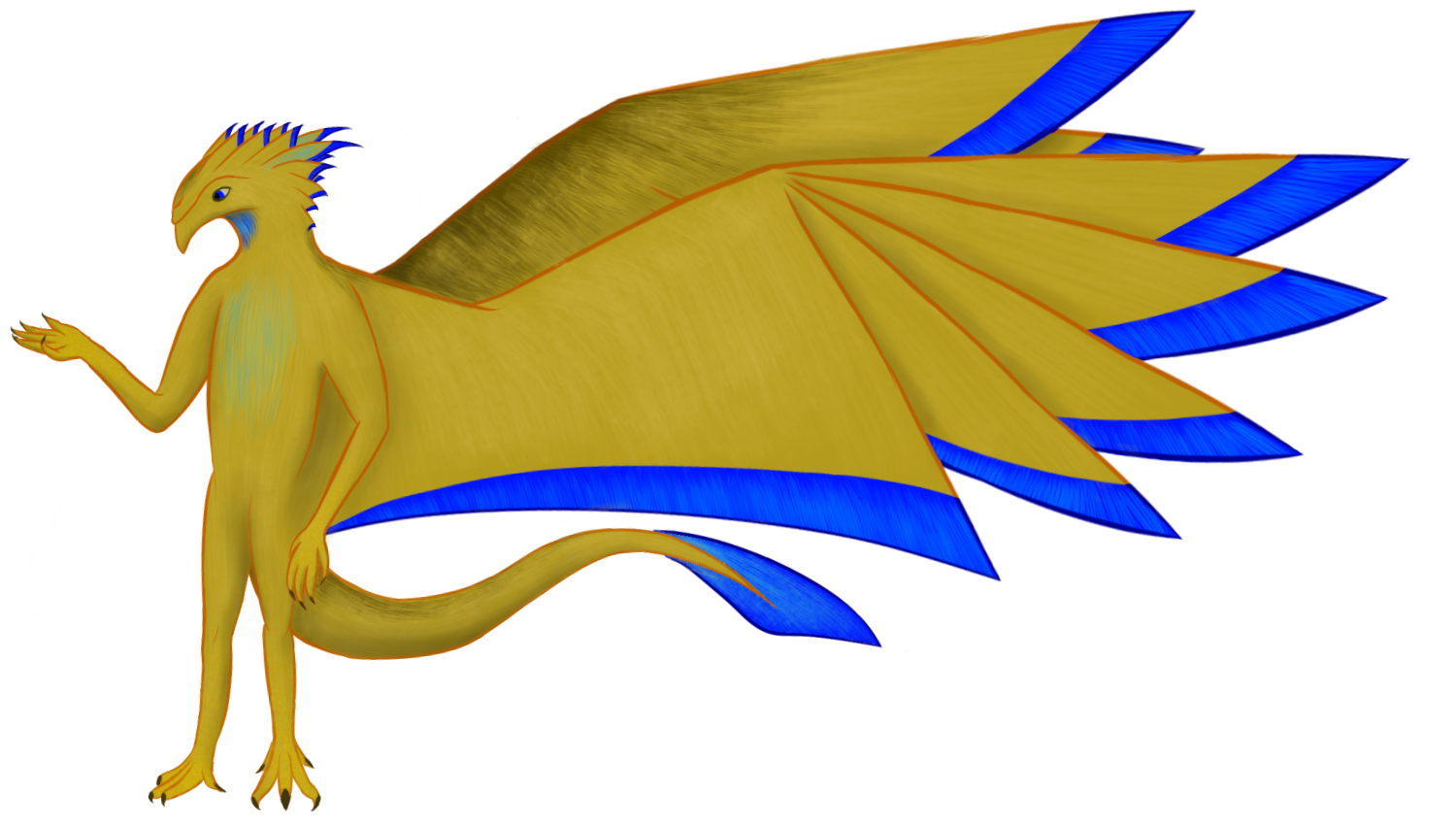 Shyxaure are vertical bipedal hexapods, with two sets of forelimbs (a set of manipulatory limbs in the front of the upper torso and a pair of large, paneled wings behind them) and a pair of hindlimbs used for terrestrial locomotion. The lower section of the spine transitions into a medium-length tail with a small cartilaginous "sail" at the tip, used as a balance mechanism while on the ground and a rudder while in flight or swimming.

Shyx skeletons are composed primarily of collagen and calcium phosphate, though their bones are considerably less dense than humans', having an internal lattice structure that is reinforced with carbon fibre. Their vascular oxygen carrier is coboglobin, a cobalt-based protein that turns dark amber when oxygenated.

Shyxaure are mostly covered by a short but appreciably dense coat of semi-branching keratinous filaments called parafeathers, which vary in coloration ranging from warm oranges and yellows to greens, blues, and even occasionally violet. Most shyx have a "mane" composed of twin rows of overlapping sail-like fins formed by skin supported by modified parafeather spines. This pair of crests runs from just above the eyes down the neck, fins gradually decreasing in size.

The visual sense is absolutely critical to shyxaure. They are incredibly visual beings, with most of their technology and culture involving crucial optical aspects. Shyx vision is facilitated by a pair of binocular focal eyes, one set on either side of the skull (delvasigenid skulls reversing the orientation of the skull and mandible), which are able to detect motion, definite shape, spatial orientation, and a wide spectrum of color ranging from near-infrared well into the ultraviolet.

Shyxaure are also very reliant on their auditory sense, facilitated by a pair of dense, tapering, fin-like antennae (called "earfins") towards the rear of the skull that are part of the twin crests. These have an organ at their base that functions similarly to a Johnston's organ found in terragenid arthropods: several nerve clusters linked to the earfins are activated separately by different stimuli, which allow the shyx to instinctively "hear" the difference between sonic and gravitic stimuli.

Shyxaure olfactory sense is considerably more sensitive than that of humans, with a significantly larger nasal passageway than other sophonts to allow for larger air volume intake through a linked pair of spiracles in the upper snout.

Shyxaure are particularly sensitive to ambient airflow thanks to their parafeathers. Their entire epidermis is sensitive to tactile input as well, though the effect is most intense in the manipulative structures at the ends of the upper limbs.

Shyxaure are fairly common in the "southern" region of known space, tending to be more common closer to their home system (Aelycah) and the Pavo constellation.

The optimal survival range in a variety of factors for an unequipped shyxaure is quite wide to begin with, but given the technology and/or resources to build said technology, shyx can eke out a living almost anywhere in the universe given sufficient oxygen content and space to exercise their wings.

Shyxaure are one of only three sophont species in known space with a universal common tongue: Elashi, a breathy, wide-mouthed language with hissing and guttural accents and infrequent hard consonants. Elashi is fairly easy to pronounce if read in its alphabet, but anglicizations of Elashi can often render phonetic interpretation challenging.

Almost every shyxaure born in systems of the Shyxaure-Ziirpu Alliance speaks Elashi, and many of those who hail from worlds outside the Alliance speak the language as well, making it one of the five most common interstellar tongues. 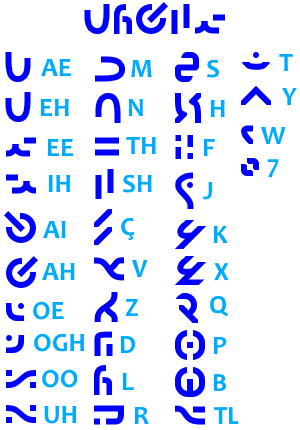 In 11776 UME, the shyxaure encountered the ziirpu of Virvv when both species attempted to settle the same planet (Mrr Haixyto) at the same time. This led to the establishment of the Shyxaure-Ziirpu Alliance, a peaceful agreement between both species' interstellar networks that flourishes to this day. After first contact with the human species in 12222 UME, the SZA helped form the United Spacefaring Sophonts Coalition.
Sophonts