Saturn is the second-largest planet in the Sol system, being a gas giant of considerable mass. It has seven largest moons, all icy selenic planetoids (save Titan). Two of these, Titan and Enceladus, have been settled by humans.

Saturn is the sixth planet out from its sun, Sol. It has 64 natural satellites, the largest and most significant of which is Titan. One of its smaller spheroid moons, Enceladus, is essentially the twin of Jupiter's moon Europa: a cryonic world with a life-filled water ocean beneath its glacial crust. Saturn also has numerous human-built artificial satellites (the largest being Opes) in its orbit.

Saturn is primarily composed of hydrogen and helium, with other light elements and gases comprising the rest. It has a core of semi-liquid metallic hydrogen, but as is typical for a gas giant Saturn lacks a solid surface. The outer cronian atmosphere is divided into several faintly visible bands at different latitudes, resulting in turbulence and storms along their boundaries, the largest of which is a giant hexagonal cyclone occupying the north pole of the planet.

Saturn's defining feature is its extensive, breathtaking ring system composed of innumerable tiny fragments of water ice in a circular ring roughly 20 meters thick. This system is divided into twelve rings, half of which are major: in order of distance from Saturn itself, the D, C, B, A, F, G, and E rings. The visible component of the rings is composed of the C, B, A, and F rings, as G and E are only visible in infrared or when backlit by the sun.

Since Saturn's gravity is only slightly higher than that of Earth, it was the site of the first human "aerocolony"- an enclosed habitat city engineered to rest on the heavier cloud layers and meander across the gaseous surface of the planet according to the whims of the atmospheric currents. Given the success of Project Cirrus, as it was called, the settlement of Groombridge 34's sole gas giant Opal was greenlit.

Saturn itself is not host to any life at all, but its moon Enceladus hosts an unusual branch of simple terragenid organisms derived from the microbes that arrived on Chicxulub impact ejecta. Additionally, the moon Titan hosts an introduced biosphere of Promethigenids.

Saturn is a bountiful source of both hydrogen, used commonly in fusion reactors, and its antimatter counterpart (used in antimatter catalyst reactors, notably for warp drives). As a result, numerous lucrative aeromining operations have been staged in various levels of Saturn's upper atmosphere and lower exosphere. Its rings are also a prominent source of water ice, though the Sol System Heritage Sites Act of 2180 severely restricts exploitation of the rings. 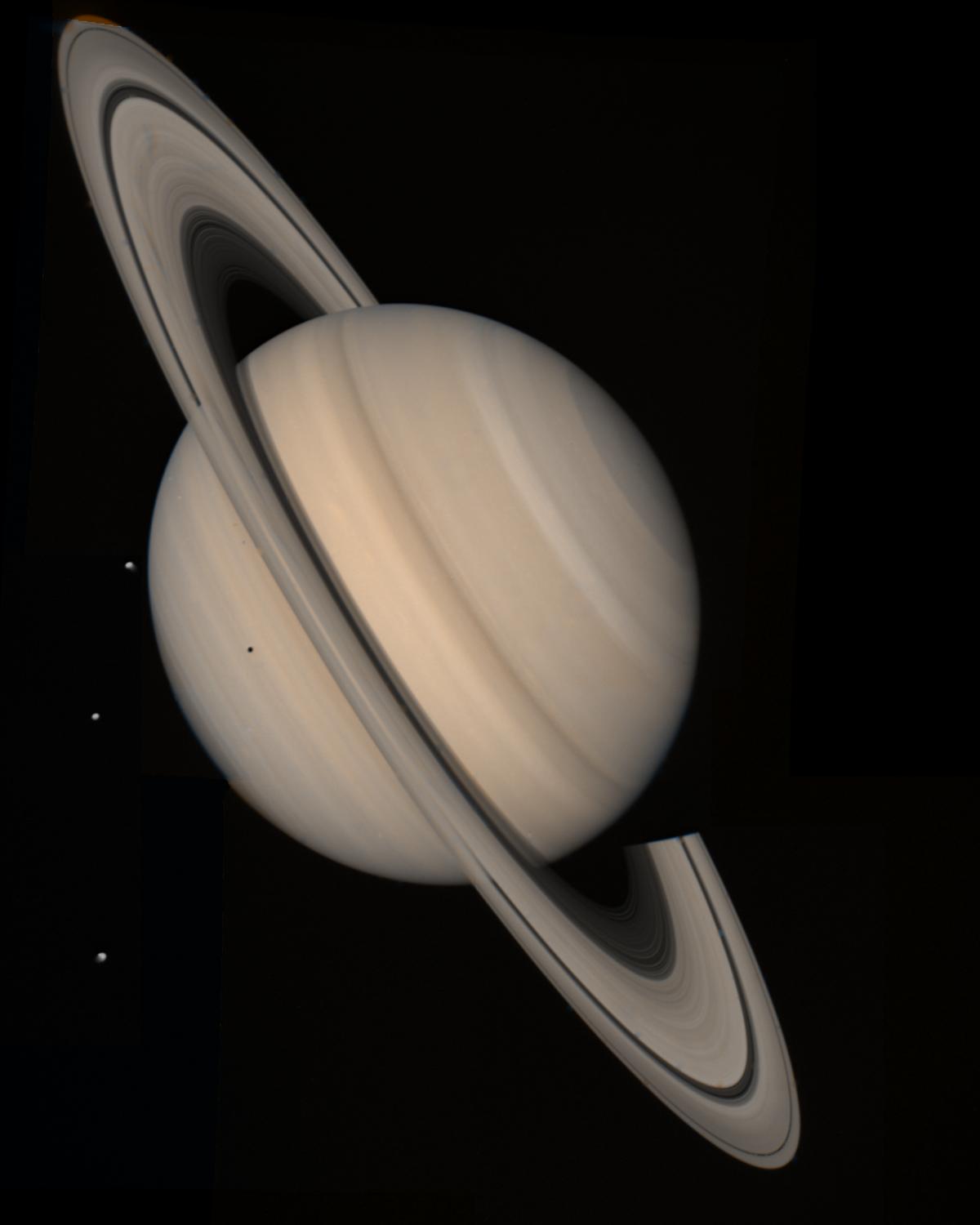 1 These three, as well as other minor moons of Saturn (Atlas, Prometheus, Epimetheus, Hyperion, Phoebe, Fenrir, and Aegir), share names with planets in other star systems. Tethys, Rhea, and Iapetus are exceptions to the IAU rule regarding celestial name-sharing: