Luna, colloquially called simply "the Moon," is Earth's only permanent natural satellite. It is the fifth-largest natural satellite in the Sol system, and the archetype of the selenic planetary class. Being Earth's only natural moon, Luna was the site of humans' first forays into extraterrestrial exploration. It hosts its own artificial satellite, the International Lunar Research Station, which is the basis of the Deep Space Gateway and the primary hub of BIFROST activity. It is also an important source of materials for spacecraft construction and maintenance, as well as a significant water-ice repository.

Luna is the only natural satellite of Earth, and the closest planetary moon to Earth's sun Sol. Its rotation is synchronized to its orbit, and thus one lunar hemisphere (the Earthbound face, or "near side") is constantly visible to Earth while the other (the spacebound face, or "far side") is never visible.

The Earthbound face of Luna is marred by a dark patchwork of volcanic plains, called maria, that spill across the northern face like inkstains; the far side, by contrast, lacks maria, being entirely covered by impact craters. Luna's most visible topographic feature is the 2,240 km-diameter South Pole–Aitken basin located on the spacebound face, by far the largest crater on the moon and the second-largest impact crater in the entire system (the largest, of course, being Mars' Utopic Sea).

Luna's crust is composed primarily of silica, with various metal oxides comprising the rest; these (as well as the carbon traces present) are excellent sources of metals like aluminum, iron, and titanium. Luna also contains a surprisingly significant amount of water ice, which is a vital resource in space travel and habitancy. 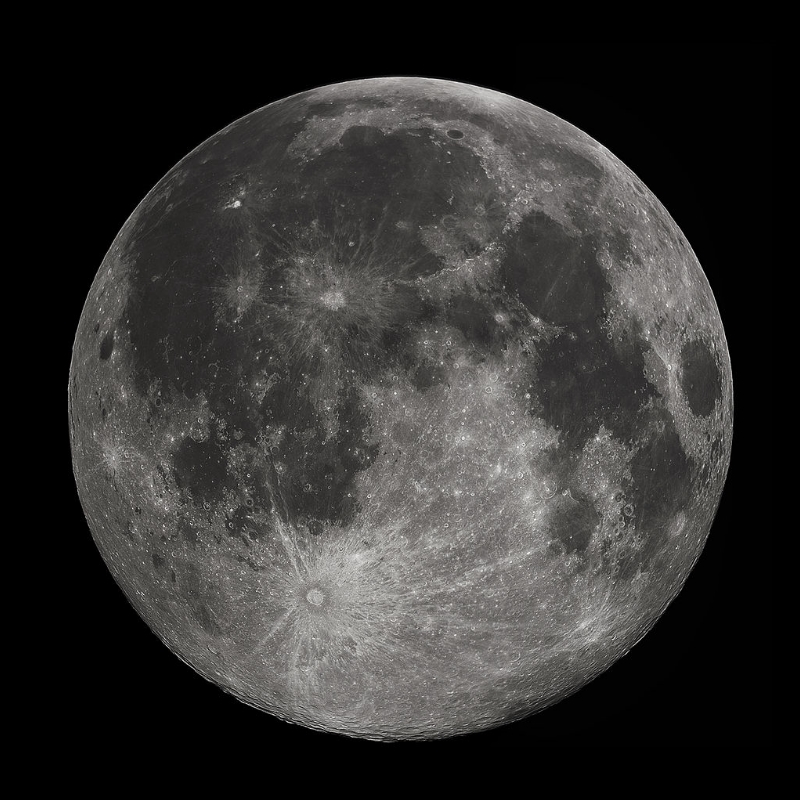 by Gregory Rivera
The Earthbound side of Luna.