Built cooperatively by 17 countries, the International Mars Orbital Research Station (IMORS) is a large modular station in stationary orbit around Mars, linked to the surface settlement of New Thebes by the space elevator called Jacob's Ladder.

The International Mars Orbital Research Station was initially intended to be a scientific laboratory and observatory in Martian orbit, as well as providing a supervisory vantage point for the Cadmus program operations on the surface of the red planet. The station is also of diplomatic and educational significance due to its unique position in the universe relative to the rest of humanity at the time of its construction. From 2164 onwards, the station served as the orbital anchor for Jacob's Ladder, an orbital elevator linking New Thebes to the rest of the solar system by way of the IMORS. Today (~2850 CE), the IMORS forms the base structure of the Pyroeis station.

The IMORS is a fourth generation modular orbital station, designed to mimic the simplistic modular structure of Mir. The station is partially asymmetrical due to the fluid mission parameters and objectives, with only one axis of symmetry down the x-axis. The station is thoroughly equipped with interlinked RCS to maintain or change orientation and orbital vector.

At the center of the station is the core nexus, which provides a six-way link to all sections of the main pressurized structure. All pressurized modules extend radially from the nexus:

In 2029 CE, the Ares IV mission deployed the core module of the International Mars Orbiting Research Station, followed by the delivery and assembly of the remote observation module by the Ares V mission in 2033. Additional modules were delivered by unmanned commercial spacecraft over the course of the early 2040s, and the IMORS received its first crew in 2045 to begin preparations for the Cadmus program. Later in the century, the IMORS served as a resupply and check-in point for the Janus missions when they utilized Mars' gravity to accelerate and decelerate on their six-year round trips to Jupiter.   In 2150, the International Mars Council subdivision of the United Nations Aerospace Coalition commissioned the construction of an orbital elevator linking New Thebes to the rest of the solar system by way of the IMORS. To prepare for this, the station was moved to martiostationary orbit over the city, and construction on Jacob's Ladder began in 2152 and lasted until the Ladder's completion in 2164. Towards the end of the 22nd century, the IMORS began to form the base structure of the incumbent Pyroeis station, a much larger expansion to the station to facilitate the growing number of humans and cargo shipments passing between Earth and Mars. 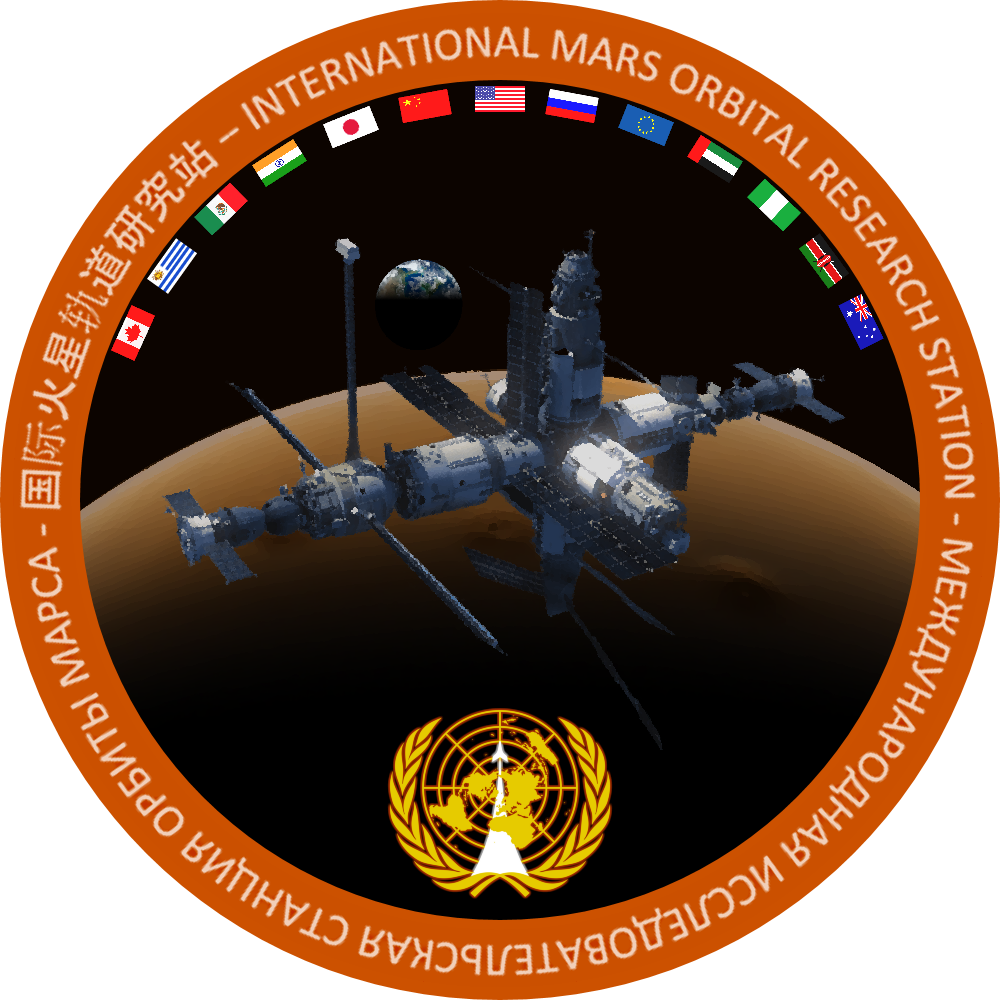