The planet Earth is a vibrant terran world in the Sol system with a diverse biosphere recovering from a near-miss ecological collapse. Being the only tectonically active planet in the Sol system and one of two worlds in the system with liquid surface water, Earth is the archetype of the terran planetary class. Earth is home to an indigenous sophont species: humans. It is roughly the center of known space and the United Nations Aerospace Coalition's seat of power, making it cartographically critical to the interstellar colonial network.

Earth is the third planet out from its sun, Sol. It has a single natural satellite: a selenic spherical planetoid called Luna. 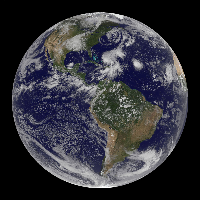 by NASA (Earth Observatory)
Click this image to view an interactive 3D map of Earth.
The planet Earth has six major continents: Africa, Eurasia, Australia, North and South America, and Antarctica. These sit in a global ocean, which has been split into several oceans in traditional naming conventions: the Atlantic, Pacific, Indian, Arctic, and Southern Oceans.
For more information, visit the Wikipedia page on Earth.

Earth is home to the terragenid group of organisms, a highly successful and widespread type of life that includes humans. 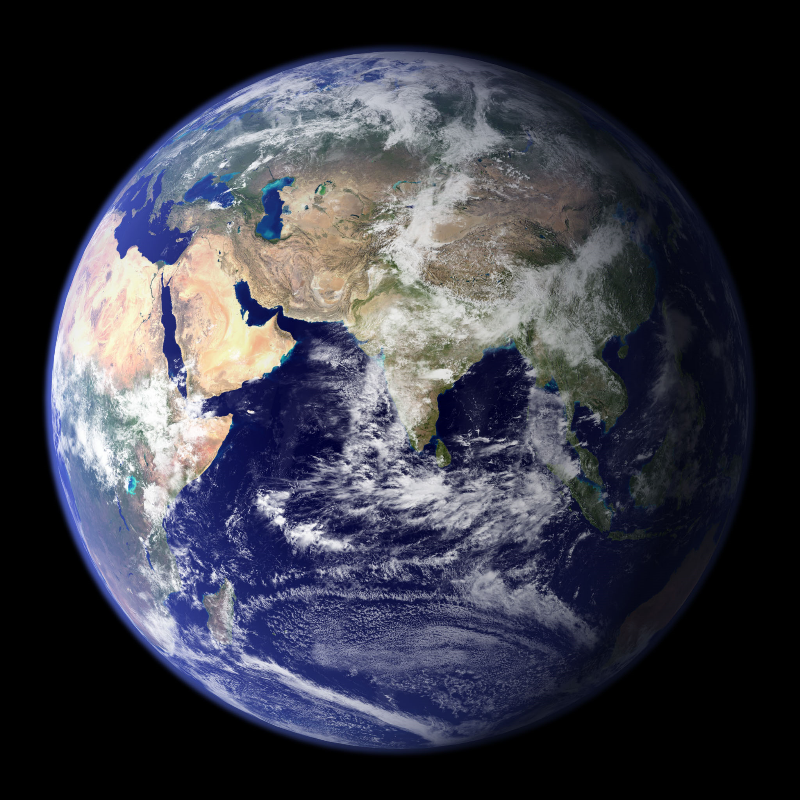 Earth's only natural satellite, and the stepping stone for humanity into the cosmos.