The planet Delvasi is a verdant terra-class world in the Aelycah system. It is truly a sight to see from orbit: a mottled blue and green marble encircled by a pale brown ring system. Delvasi's diverse biosphere has spawned a unique, volant sophont species called shyxaure: the only sophonts to share a body plan with humans.

Delvasi is the second planet from its sun, Aelycah. The planet has no moons; the magnificent ring that occupies its equatorial orbitals was formed long ago by the destruction of its only moon at the hands of extreme tidal forces. 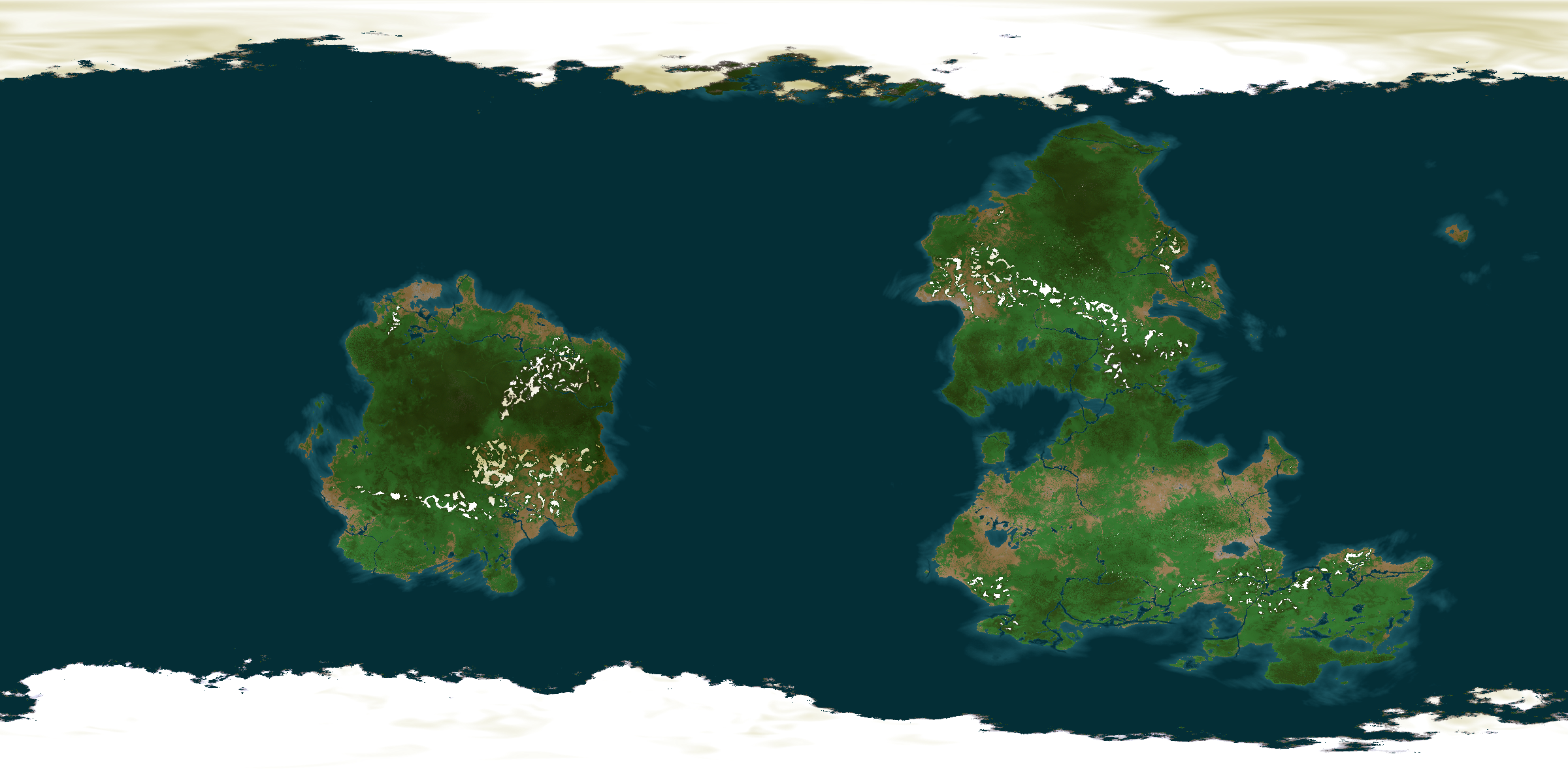 Delvasi has just three continents which sit in the global Orivasi Ocean, widely spaced apart. Two of these continents are inhabited by a vast diversity of life; the third (Chulyx) is mostly obfuscated by the north polar glacial sheets and thus largely barren. The larger of the two temperate continents, Aoyn, is the ancestral homeland of the shyxaure, while the smaller Mayxihul was settled by nomadic shyx early in their species' proto-civilizational history.   The shadow from the rings helps equalize the temperature gradient on the planet by blocking the most direct equatorial sunlight, creeping back and forth across a narrow slice of the world in a cosmically regular cycle. Its range is, coincidentally, across the narrowest region of Aoyn: the Shaderift, a long bay near the equator.

Delvasi is home to the Delvasigenid group of organisms, a diverse and successful type of life that includes shyxaure. 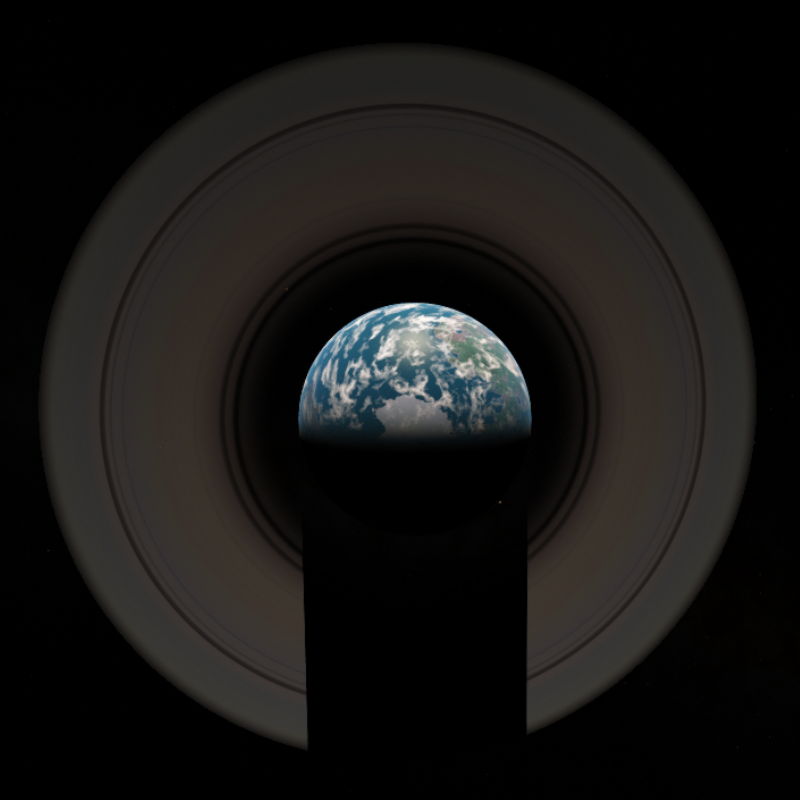