I, David_Ulph, solemnly pledge to do my best in writing 10,000 words this December of 2020 while juggling online exams... wish me luck

A world sculpted by the Gods, now quiet and distant after their ideological war across the Realms escalated. This Mortal Realm has had no one to look over it for some time. No one to guide it to and from the right and wrong decisions. No one to save it from the power of the Nightmare.

PROMPT
TEMPLATE
ARTICLE IDEA
University of Necromancy
Building
An article detailing a brief history of the troubled past of scholarly necromancy on the Mortal Realm, as well as a description of the current established University and its Great Library
Galana of the Garden
Character
The Goddess of Spring and Fertility
Weeping Pox
Condition
The Great Plague of the Dragon Age which played a role in the collapse of the powerful Midlandian Era, and shaped the current Age of Thorns of the Mortal Realm
"Threats From Hackelburg"
Document
A book discussing the theorised truth behind the so-called Northern Lights, and their connecting to the deadly spiritual Sluagh which periodically ravage the Mortal Realm in the form of a Wild Hunt
Pocket Guide to the Empire
Document
An introduction on to the major setting regions and kingdoms of the Mortal Realm, though written in the historic setting of the Midlandian Empire before its collapse
Yoshan
Ethnicity
A Tribe of Man which spread its mercantile culture over much of the east portions of the Mortal Realm's continent, shaping the politics of the region while their home of Yosha crumbled and collapsed into a den of thievery and vile
Copper Sea
Geography
A description of the various sub-regions of the northern body of water found on the Mortal Realm
Crown of Thorns
Item
An ancient and powerful artefact which is used as a sign of religious legitimacy for the Holy See to exert its influence over what it can over the Mortal Realm, though has hints of a much deeper history and significance to all reality
Celestial
Language
An introduction into the language of the Gods, and its interesting development over history
The Grey
Metaphysical Law
In a reality where Light and Dark constantly revolve around one another in a Great Dance, it is believed that the Grey is what binds life together within the Great Dance
Rubies
Material
A brief history on the importance of rubies and the development of the Ruby Roads, as well as its uses during the Magical Renaissance of the Dragon Age
Angels of Death
Military Unit
The revered Winged Knights of Ardena. A summary of their unit composition, equipment and sample of their history on why they are so feared and well known throughout the Mortal Realm
Brecani's Folley
Legend
A local legend on the coast of the Copper Sea, a cautionary tale about the risks of showing off
Sightmaster Corps
Organisation
The espionage agency of the Kingdom of Analand, who protect their borders on the Great Wall of Analand with their expert divination abilities
Smuggler
Profession
Select excerpts about the life of a smuggler on the Ruby Roads taken from "The Confessions of a Fur Trader"
King of Jabaji
Title
Some titles are worth dying over, especially this one for the competing region of Jabaji in between the Kingdoms of Analand and Yosha
Monsalvat
Settlement
The coastal capital city of the Kingdom of Ruddlestone, and its extremely rich mercantile and cultural history
Dwarf
Species
A brief introduction on Dwarves: their history; their clans; their downfall
Second Sight
Spell
Some magic is tied to very existence without any regard for natural law. Whether due to necromantic energies or the influence of the Grey, this is an overview of what is regarded as the first spell of necromancy before the school of magic existed
Poisoncraft
Technology
Poisoncraft is a serious business, first developed by kings and now peddled by lowly criminals. A brief history of its development and influences on the Mortal Realm
Traditions of Firbolgs
Tradition
Excerpts from the scholarly study of "Just a Good Story", which first codified the largely misunderstood unique religion, culture and tradition of the Firbolg race 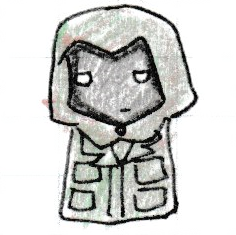 Thank you! And to you my friend!