Bogstriders resemble and have a common ancestor with Earths deer, this ancestor most likely wandered through one of the natural portals 30-40 million years ago when the first common ancestors of ruminants appeared in Earth's Eocene period.

They have flexible limbs and long neck, their head is often closer to the ground rather than held up. They have very long tails as well.

Their antlers have mutated and cover most of their body in an uneven, asymmetrical pattern, this feature is called a bog. The bog has evolved to be a natural camouflage, when the animal lies down it will look like a small tree, this is often enhanced by the animal picking up leaves and vines and carrying them in their back. The bog does not shed, however if broken will regrow eventually.

Their toes like other deer-like creature begun evolving into hooves, however this change was reversed in their new habitat on Lapis . They evolved long flexible limbs and feet good at grasping to easily traverse the tangled roots and vines that made up the floor of the Silent forest at the time.

Bogstriders are found worldwide today, they spread both through migration and by human introduction after domestication.

Humans domesticated bogstriders 4000 years ago. Tame bogstriders have several breeds, some of which are selected for meat or leather production, while others for the quality of their bog.

The bog of domesticated striders is less tangled and chaotic than it's wild counterparts as a result of selective breeding. It's sometimes cut and trimmed if it's needed, this has to be repeated at least once every year as the bog would regrow naturally.

Restrainers are put on a fawns bog branches at a very early age to control bog growth. Some skilled and patient owners have created cages and saddles purely out of a bog, but the general practice is to simply make the major branches curve slightly inwards which will help in securing luggage or saddles. 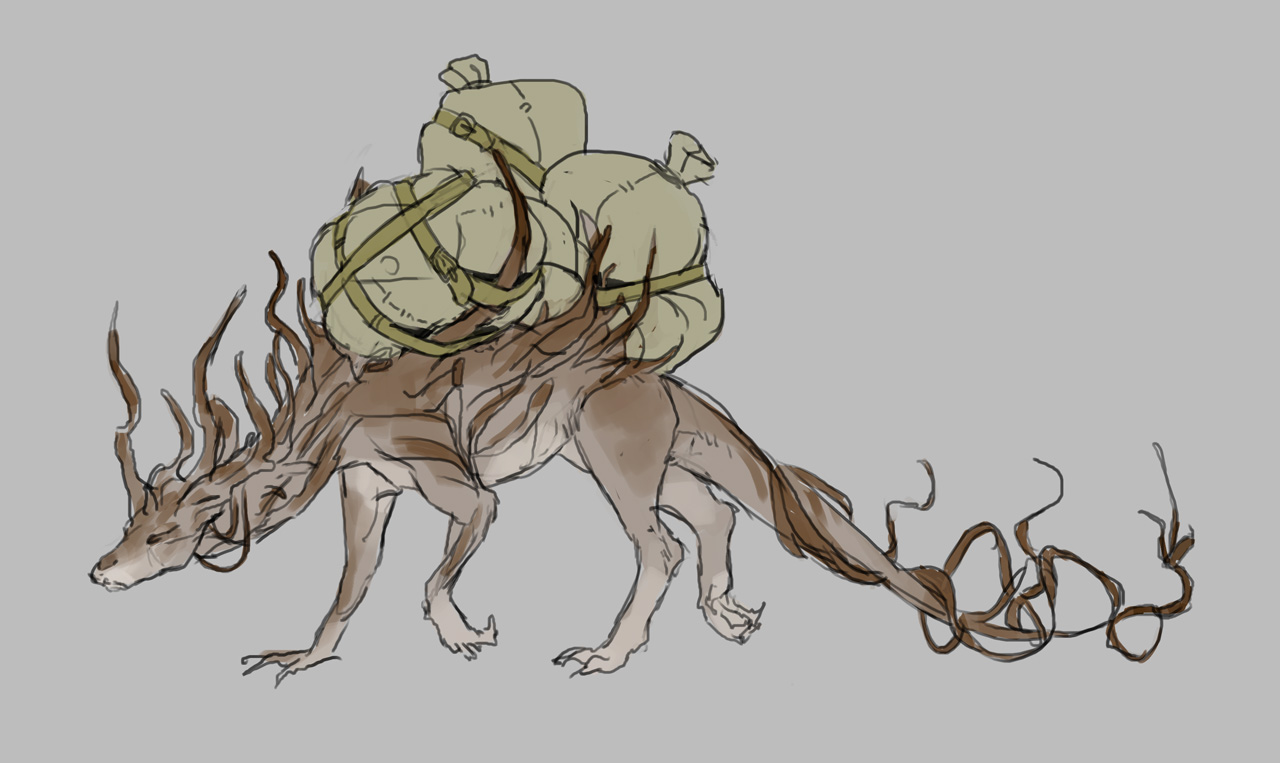 A bogstrider equipped with goods

Bogstriders are common livestock in North Lapis, where they are kept for their meat, hide and milk production. They are also used for transportation.

Their eyes have tapetum lucidum which seasonally changes like many deer species; to gold in summer and blue in winter. They have good hearing and smelling, but little to no reaction to magic flow. 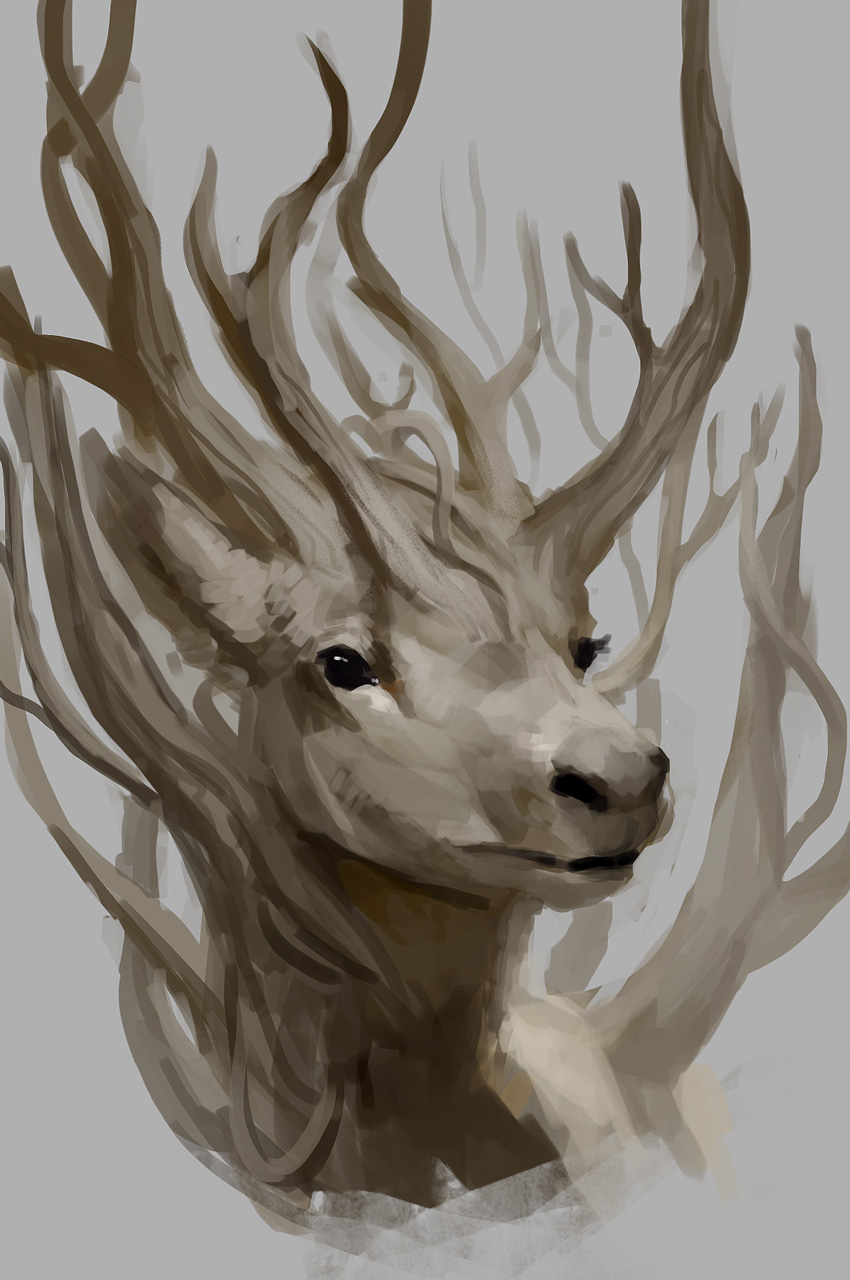 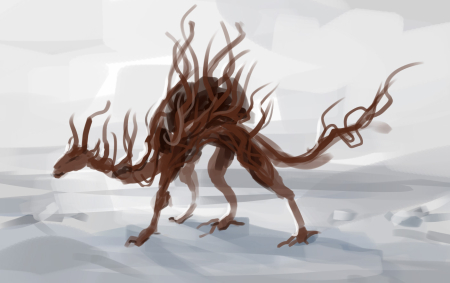 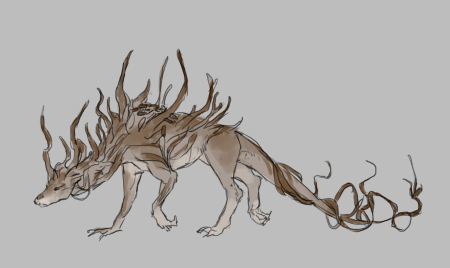