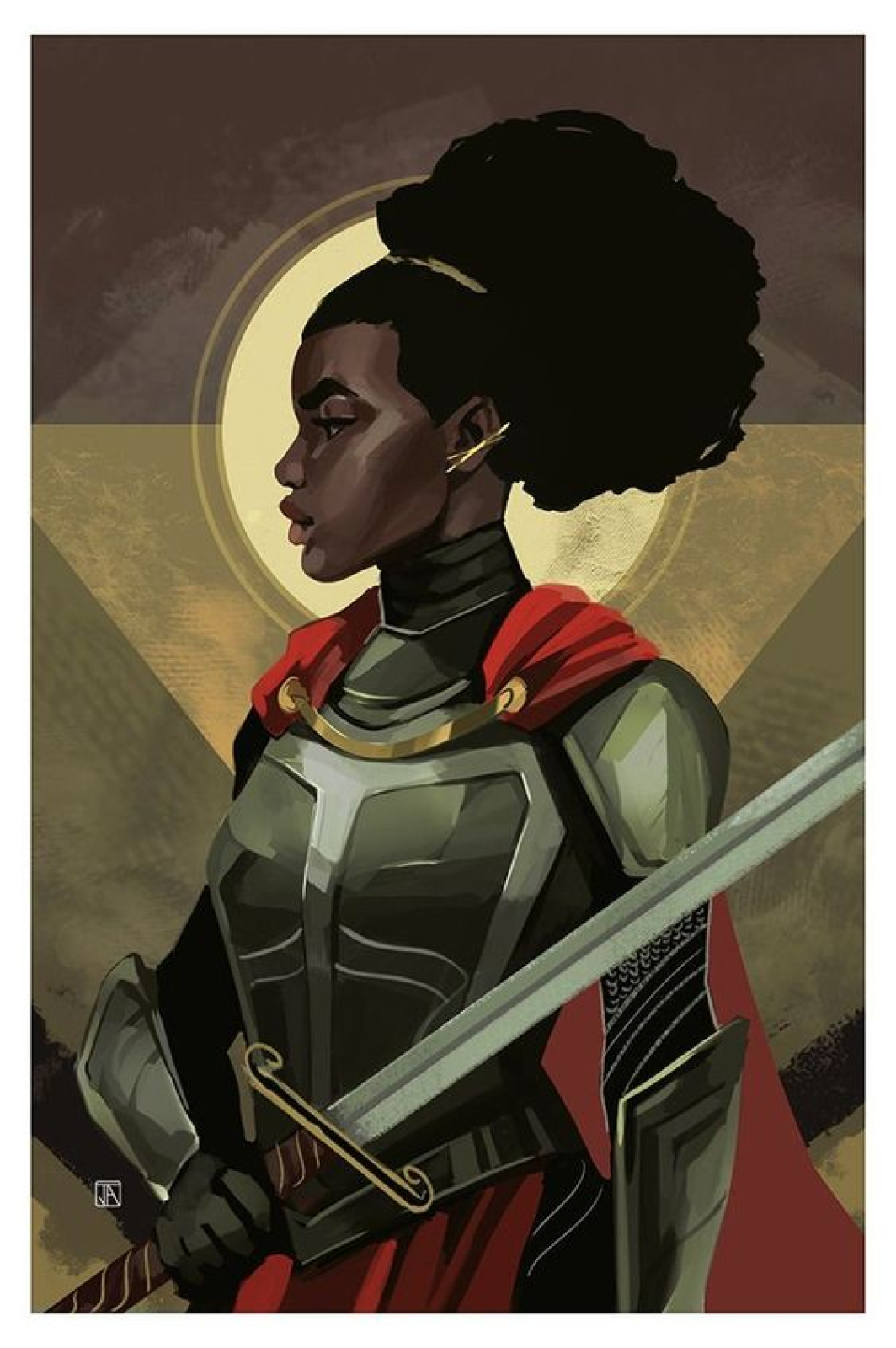 Tatiana has been lured to Tucapon with the promise of greater glory only to find that the Arena there hosts fights to the death instead of battles with dangerous animals or staged sparring. Her goal is to be trained by a demon hunter to take down bigger and greater game in this new country, carving a path that stands out above other services already available.   Her incredible skills in the Arena and exotic appearance won her fame in no time. When Clémence Duval asked if Tatiana would perform at her party, the gladiator agreed on the condition Clémence set her up with a demon hunting tutor. The deal was struck, and so Tatiana turned up to Clémence's Festival of the Heart party to fulfil a trial by combat.   She faced off against a knight accused of treason—running away from the battlefield and leaving the King to die. The knight, Lorenzo Vicentes, did not deny the claim. In a dramatic fight on Lady Duval's balcony overlooking the Ralehr Cascades, Tatiana slew the knight.   In a plot to uncover Lady Duval's murder, Tatiana found Nushala Fadithras—the murderer...and also a demon hunter for the past 116 years. The very tutor who had been planned to teach Tatiana. Convinced of greater treasons at work the heroes decided not to punish Nushala, who in turn promised to train Tatiana (and let the heroes leave unharmed).

Tatiana is from Escaria, a country across the sea to the east. She was raised in a Chalite temple with her parents who are Augers, in environments with no privacy and lots of healthy strong young people. As such, she's only known a social pressure to help people out with small tasks and generally avoid anti-social behaviour. At the age of eight, she was moved into the dorms at the Arena in Clayfall, Escaria's capital city, and has lived there until she was twenty.   She's chirpy, not overburdened with intelligence, and loves nothing as much as a good monster fight.
I've tried Google image searching but cannot find the artist. If you know who painted the picture above, please leave a comment. Thank you!
Alignment
NG
Ethnicity
Escarian
Year of Birth
842
Children
Eyes
Brown and often wide-eyed
Hair
Big, bushy, tight black curls.
Height
5'8"