Eresin Duval is Lord Mayor of Tucapon and cousin to the recently deceased King of Denmoria. He oversees the administration of King’s Law, its profits and taxes, the development of new or existing major buildings, the appointment of Captain of the Guard, the approval of local military manoeuvers, whether new Guilds may set up an establishment, gives approval on city expenditures and defences.

His wife was kidnapped by elves a year ago while she was on a hunting expedition. While their marriage didn't burn with passion, Eresin valued her opinion in matters of state (although he took the credit for his wife's ideas since she was not permitted to meetings). When she was stolen, many whisper it was the start of his depression. His daughter, Louise, is fourteen and his son, Alexandre, is ten.   Short-tempered and paranoid, Eresin is a tough man to love. He maintains respect from most local dignitaries due to his long-standing reputation of seeing Tucapon prosper and amply rewarding those who go beyond the call of duty. After his wife's kidnapping, his cousin's death, an elven servant caught trying to poison him—hired by his own sister, no less—and the revolt of elven citizens, Eresin is finally tipping over the edge and losing sight of good leadership. Barely trusting anyone, he squeezes the city with an iron hand, resolute on enforcing law and order.   On the night of the revolt, Eresin's sister, Clémence Duval, was murdered in cold blood. The main suspect was an aarakocra, Trill, recently appointed as Diplomatic Advisor and openly ridiculed by Clémence. He was found at the scene of the crime and, through a long night of surviving the uprising and swaying the Captain of the Guard to prove his innocence, a wicked plot was uncovered.   After Eresin discovered that his sister had tried to poison him, he hired a demon hunter to assassinate her in return. Trill and his companions found the demon hunter, Nushala Fadithras, who convinced them not to openly oppose the Lord Mayor as he is too well protected. Nushala also disclosed that when she went to collect payment from Eresin, he tried to double cross her—kill her, too. Before she escaped, Nushala cursed him to see ghosts but, when the ghosts speak, he can barely understand them. As of yet, no one has discovered his affliction or his part in Clémence Duval's murder. 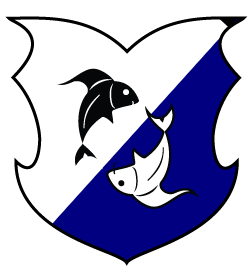