The Uri are an entire domain of extraterrestrial life evolved to work together for the propagation of the domain itself. Like a swarm of locusts, they spread from plane to planet consuming volatiles, biomass, and minerals until all that remains is a lifeless, barren husk. Then they move onto the next world in a futile attempt to sate their ineffible hunger.   While "Uri" usually refers to the arthropodic motive lifeforms that appear to be in control of this insatiable domain of exoplants and exoanimals, truly every form of life from whatever as-of-yet undiscovered homeworld is united in the single goal of producing more uri. And above all else, this requires materials. So the voracious horde rampages onward procreating with what it cannot consume.

All members of the Uri exhibit bilateral symmetry and a striking resemblence to the arthropods of Earth. Their bodies are supported primarily by durable biometallic exoskeletons, and in larger species, internal structures and support systems. Organs float within a sac-like body of ichor that serves as the primary transport system for nutrients, and gives them incredible resillience to puncture wounds. Intense heat and cutting appear to be more effective at nuetralizing their threat.
- from examination records during Operation BUGHUNT

The initial belief that only the animalistic Uri belonged to the so-called evolutionary Sagitarrius Arm hive have proven inaccurate. Indeed, our study of the Sagitarrian exobiotes shows that even the pseudo-plants and -fungi are attuned to what can only be described as a Hivemind. Indeed, the entire biome appears to share in one consciousness - a terrifying thought for any who would resist it.
- from "An Examination of Uri Consciousness across All Known Species" by Garret, Feng, et. al.

Do you want to know more?

Above all, the Uri require organic compounds - those containing hydrogen, carbon, nitrogen, or oxygen. Unfortunately, that refers to most known terran life - placing humanity in a precarious position in the food chain.

The Uri are known to share in a hivemind fascilitated by their latent intradomain telepathic connection. Each biote has its place and its purpose and executes this without thought to its own wellbeing except insofar as the greater hivemine values that individual. So it is that the Hive will sacrifice soldiers, workers, or anything at all to serve a greater good, and these pawns will strive toward their purpose with recklass abandon until the end goal is accomplished.   This singular devotion to a specific purpose combined with the focused evolution of the ecosystem has created a very rigid caste system in which individual species are hypersepcialized for a handful of purposes related to the propagation of the biome. There appears to be little sense of joy, reward, accomplishment, or contribution - only evolutionary imparitive. This has proven ample to propel the biome forward in an inexorable onslought that threatens the existance of mankind.

Uri are known to have consumed a portion of the Sagitarrius Arm coreward of Homeworld Terra and part of the Orion Spur antispinward of Earth. Since the encounter with New Horizons, they have been devouring their way spinward through the Orion Spur.

While the senses of an entire domain is far too broad of a subject to address, the singular ability of the Uri to telepathically commune with each other, regardless of taxonomical station is unique to the domain. Each Uri is capable of conveying at least limited information about itself and its surroundings to those nearby via its connection to the Hivemind. This information sharing gives uri warriors tremendous situational awareness and incredible coordination on the battlefield.   The connection any uri shares with the hivemind appears to be of somewhat limited range - usually not more than a few miles. However, some uri seem to serve as boosters or relays for the hivemind's telepathic reach. These so-called synapse nodes boost the hivemind's signal, allowing weaker Uri to share in the telepathic connection to the Hive.   Those uri who lose their connection to the hive do not cease to serve the Hivemind. Instead, they revert to their instinctual behaviors - eating, killing, hunting, lurking, etc. - until they regain their connection. Typically, the hive deploys its extentions in such a manner that if contact is somehow lost, the natural behavior of the biotes will continue to further the Hive's purposes.   Do you want to know more?

The entirety of the Uri domain is one coevolutionary branch that complements each itself. Thus, it is of little surprise that their technology is largely based in biology. Masses of neurons linked together to form organic computers, living excretions of metallic-dielectric laminates form capacitors, entire energy-producing biotes power living electronics, etc. are commonplace among the Uri. Their entire domain of exoeukaryotes exists to elevate the collective, and moreso, they seem to direct their own evolution on timescales far faster than anything that evolved on Homeworld Terra.   So it is that they have created living symbiotes whose sole purpose is to serve as living weaponry, amunition, power sources, armor, vehicles, shelter, and machinery. They are millions of gigatons of biomass dedicated to a singular purpose - survival. And they are actively evolving technology to further that goal.   Do you want to know more?

Lieutenant Tián of the ESS Intrepid is credited as the first human to learn of the Uri's existence while piecing together a transmission from the lost colony ship, New Horizons. This distress signal spoke of monstrous buglike aliens who moved in silent coordination to destroy their seed population of 10,000 souls. Worst were the descriptions of larvae bursting from still-living bodies conveyed amongst the screams of the dismembered and dying.   It took little time for the Republic of Solaria to declare war on the Uri and dispatch a battlegroup to the colony world to remove the threat to humanity. After the Battle of Madyan, humanity realized they where facing a threat akin to that of the Nyxian Machina or the Synthesis.   The Holy Terran Empire's study of captives from that first battle ultimately identified most of the uri traits known to humanity today - their telepathic hivemind, their dependence on the carriers of that hivemind, their incredible resilience to physical damage, and their amazing evolutionary adaptibility. The lattermost of these has fueled numerous theories that the uri are a Ceteri experiment run amok.

The Uri are nature's basest drives made manifest in terrible writhing form. They only exist to feed and procreate, and anything that cannot satisfy one need will find itself a target of the other. 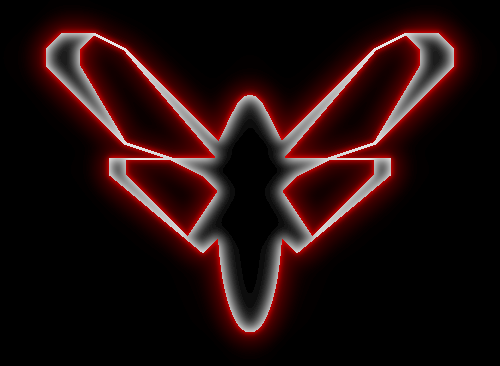