The Republic of Lonadel is located in the Southeast of Corswain, neighboring Ur'Durin to the north and Nyama and Lothia to the east. Lonadel is the youngest of the human countries having split from Lothia before the awakening of the Returned. Lonadels geography consists of plains and forests broken up by many rivers and lakes.

Chancellor: The head of Parliament and their respective party. Elected for life, or until voted out. Leads Parliamentary discussions.
Party Head: Leaders of their political party. Represents their party in discussions
Parliament: Elected officials. Representative of their city/organization.

"To Provide prosperity, freedom, and safety to all its citizens and to allow a safe haven for the Fae-Folk forced from their home by the tyrannical Lothians"

Lonadel has occupied the Southwestern area of Corswain since it was formed. It peacefully claimed control of Sinica, but now only controls a small section in the north.

Lonadel focuses its military might into its navy, using it to patrol its rivers and lakes as well as the coast. Advances in steam power and metallurgy are allowing them to create stronger and faster ships, with rumors of breakthroughs in creating landships.

No official religion exists, and citizens are allowed to worship as they please. Worship of the Returned is frowned upon, but not forbidden. Certain practices of the Fae-Folk religion are suppressed by the government, and many meetings have to be held in secret.

Lonadel has a varied agricultural yield, much of its land is suited to farming and fish are plentiful in its waterways. The waterways are also its main source of power with most of the countries factories being hydro powered. The advent of the steam engine has allowed for even further increases in industry.

Lonadel uses its rivers to quickly move goods all over the country. Steam powered ships are now able to bring goods up river at an astonishing pace compared to the old horse drawn barges.

Our Iron Will Shall Prevail 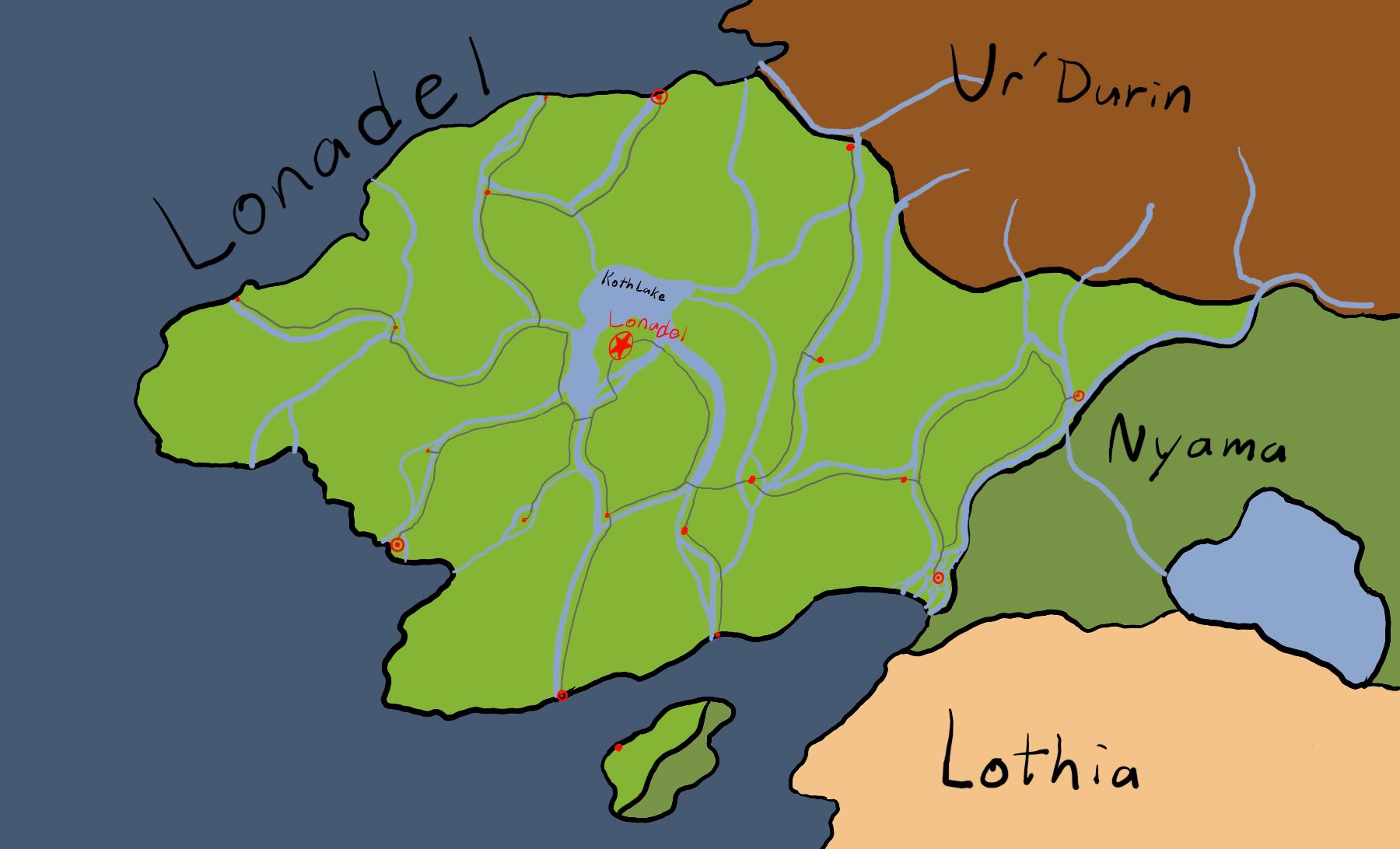