Shadow God Aidoneus Inférnal (a.k.a. The one that sees All)

I pray to the shadow god, To make my blood pure so he can give me his blessing, I offer my blood to you lord of shadow so you can make me pure once more in your eyes
— one of many prayers to the Lord of shadow

Aidoneus Inférnal was a being present at the creation of the world. It was said he created the world using the shadows themselves and after creating the world he created the first inhabitants of the world who he called Piru (demon) But he was not pleased with the Piru who he deemed to be too barbaric and simple-minded. So he created humanoids in hopes they would follow his divine laws. But the humanoids fought each other and were killing each other off. So he decided that he would become their emperor to bring order to the chaos and make sure they follow his laws   But he knew he could not do this alone and thus he created a female goddess who would rule by his side over his creations. This female goddess was loyal to him and loved him dearly they did everything together and rule over the people in harmony. When it was time to populate the world with other creatures, they did so together. He created them out of shadows and she gave them life and a heart.   But this harmony would not last. The female goddess soon created beings that would worship her alone. Men who would sneak into her bedroom when Aidoneus away. One day he caught his wife with another man in his bed and he executed the man. He demanded to know why she had done this to him. She said she fell in love with the man. It was then he created a box with the shadows and he put into the box lust and love and sealed it. Warning that if it was to be opened the empire would collapse   They kept the box sealed and Aidoneus ruled his empire in peace. For the people did not know about love or lust which made it easy to tell them the horrors that comes from both.  He told them they must be ever diligent for the " Great evils " for once it spreads it will be the downfall of the empire. And for centuries the people did just that watching for even the smallest trace of sin. They were not alone as Aidoneus joined them in there watch and created the shadows along with the first champions who were to report directly to those in charge about those deemed dangerous or close to knowing the truth. The people did not know the reason why some people disappeared late at night only it was because something infected them and they were being cured   But the empire would not last and one day the goddess opened the box and unleashed love and lust into the world. Watching as his empire was split into two he turned towards the goddess and vowed to hunt her and her followers until the last follower is dead. For he was not allowed to kill her he would need to find a champion. someone to take up the fight until the day she was caught.

Shadow- The Lord of Shadows watches all from the shadows. Nothing is hidden from his gaze, Nothing is kept secret for he knows all and sees all

He can take on any form he chooses of any race in the world and this is how he is able to spread his message for he is able to take on any form people desire him to take in order for them to understand his message. But the form none but a few have ever seen is his true form which is nothing but a floating head in the sky. for most only get to see his face which is hidden in shadow.

Seeks to cleanse the world of sin and unfaithfulness once and for all. to restore the empire he once ruled over
Divine Classification
God
Religions
Church/Cult
Church of the Shadow God
Honorary & Occupational Titles
Circumstances of Birth
Self Created
Children
Biological Sex
Male
Eyes
All colors
Hair
All types
Quotes & Catchphrases
" The Shadows see all and know all. For I am everywhere watching and countering. None can hide from my gaze, unlike the sun who sets I never leave.I am always present be it light or dark for the shadows are everywhere "
Other Affiliations
Age of Shadow

All Artwork unless otherwise stated is from Pixabay, Pexles , Unsplash, Artbreeder 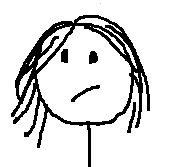 Looks like someone I don't want to cross swords. :D   Libro umbra Written by the shadow God himself. The book talks about the proper prayers one must do each day. how to deal with sin and how to properly make one blood pure each day. <-- What is one prayer for exampe one has to preach every day? Sounds for me like he is bored a lot to ask for daily prayers to listen to. :)   But really interesting. I like gods of sin. They have the most fun in any worlds. ^^

I'm getting a feeling this was (intentionally or not) inspired by Pandora. Which is to say that this is a great story and it shows the reader that even the shadow lord is flawed. A prayer a day keeps the love away :D

Quotes have a neat feature where you can separate the quote's source from the content, i.e.:

I pray to the shadow god, To make my blood pure so that he can give me his blessing, I offer up my blood to you lord of shadow so that you can make me pure once more in his eyes
— One of many prayers to the Lord of shadow

This is done using the | character as a separator:     On the topic of that quote, however, I found something slightly confusing - Parts of the quote refer to the god in the second person ('I offer up my blood to you') while other parts use third person ('one more in his eyes') - Was this meant to refer to the same god, or two different people?   Was Aidoneus the only being present at the creation or were there other 'gods' in the beginning?   Why was Aidoneous not allowed to kill the goddess if he was the one who created her and the world?   This article is definitely reminding me of Pandora as mentioned by Snake Venom, with the idea of love and lust being hidden away within a box. There's some grammatical issues here and there, and the first few paragraphs don't quit flow well together, but all in all it's a good start to a fantasy god and creation myth.
Author of Galaxies End and Dragon's Bane | Twitter | Patreon

I fixed the quote and fixed the grammar issues. He was not allowed to kill her because of its the law. Its why only a champion of shadow is allowed to kill the goddess and its the origin of the shadow games   Not decided just yet if there were others or not.

Hm.. Who or what created this law? What enforces it? 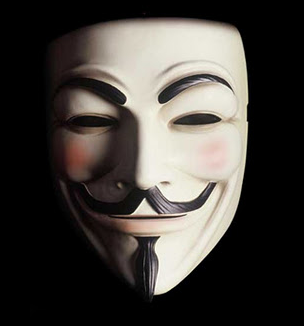 Wonder if he has any artifacts made using his power, or to control him. Seems interesting to say the Least.