I saw a ghost, with a crown of vines and gold, it was walking and mushrooms appeared behind it, trees grew and flowers opened. You could feel magic in the air, it was evil, cursed. When it looked at me, I knew I had to run.
— A human talking about the crown.

A crown made of pure gold, wrapped in vines and flowers, it has the ability to store mana and grow nearby flora. From unknown origin, it appeared for some time and left a mark in the world before disappearing. Different people have different opinions about the crown, some believe its blessed by the gods, some that is cursed by a demon.

The crown allows its wearer to grow flora at their will, with seemingly no limits.

After the first use of the crown, it starts attaching itself to the user, not physically but mentally. The user will slowly desire to grow more and more flora and feel that they will die if they stop using the crown. Sooner or later, the person will only grow flora, ignoring basic living necessities and after sometime, become one with their own garden.

Because the crown is also a mana storage, if a user attempts to cast magic, the crown will absorb all mana used on it and cancel the magic. If the user keeps casting magic, it might develope a severe case of Mana excess, as the crown seem to amplify its symptoms. It is unknown what the crown does with the stored mana as it only seems to be able to change its aspect and grow flora.

A myth or a hidden treasure, the significance and history of the crown changes greatly depending on where one asks or who you ask to. Tales and stories about it seem to be only found in Amex, specially told by humans and elves although it seems that wyverns know more than they want to admit.

They have tales of how they initially found the crown.

An eerie person of powerful area was found in the middle of a burned town and forest, holding the crown in their hands. They walked towards our leader, silently, and placed the crown over him. The smoke from the fire covered the strange person and as the smoke disappeared, they weren't there anymore.
Later that day, our leader told us that while that person put the crown on his head, an unnatural fear ran his body, paralyzing him.
— The god's crown, excerpt.

They recieved it as a gift to help them rebuild, grow, and get revenge. And so, their tales talk about how they used such crown to rebuild their towns and end with the famine that was affecting them and other species that were friendly towards them. Tales about how the crown was cursed and how it was used to get revenge exist as well, but they are less common and more brutal.

While they tell the stories as if it was fantasy, they believe the crown was real. They have buildings that would not be possible to build without the crown's help, monuments of flowers that never decay, and other reminders of such crown existing. What happened with the crown or where did it end up is unknown to them.

Humans have tales of this crown as well although its origins are a mystery for them, as well as what happened to it.

The tales they have are of pain and torture. A ghost with a golden crown decorated with flowers that seeked to hurt them. All tales of the humans talk about a ghost-like figure with the crown which is growing plants until it saw them which then will hurt them, kill them, and cover their corpses with plants. The air always feels wrong, evil, suffocating.

But tales be tales and humans do not believe that the crown is real although some believe that trees with huge trunks and weird forms might contain the rests of a trapped person. Mainly, these tales are told to scare children.

For sometime, wyverns asked to elves and humans from Amex about the crown. They did not care if the information was a myth, tale or truth, they just wanted information. What they did with this information or their intentions with it is unknown, but they stopped asking after a year or two.

Item type
Unique Artifact
Related Condition
Mana excess
Rarity
Unique
Weight
2kg (4,4 lbs)
Dimensions
Changes to adapt to the user's head
Origin
Unknown
Appareance
While keeping the basics of a golden crown with vines and flowers, it will grow and decorate itself to match the user's likes 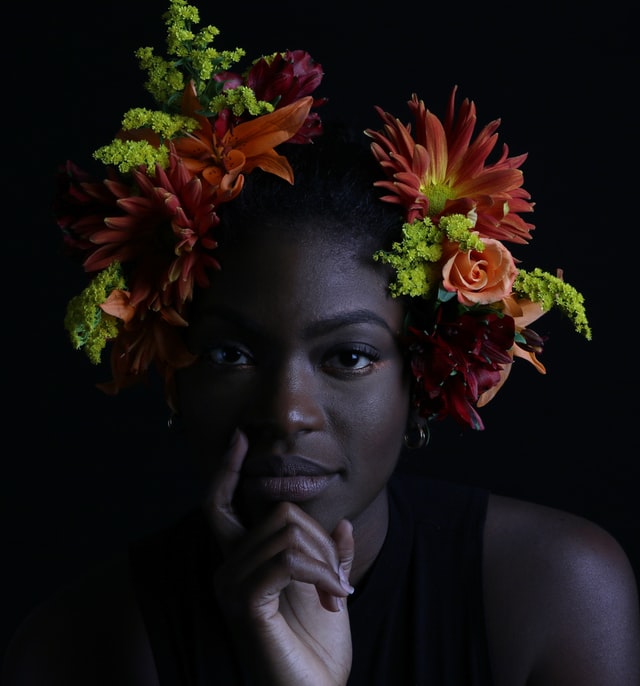 Woman resting her chin on her right hand by Melissa Westbrook

The crown was made by a god to gift to the elves after all the destruction humans made to their houses and towns. Initially, its use did not affect its user nor it stole the user's mana, but after the god saw the elves using its power for revenge with humans, the god cursed the crown.

After being cursed, the crown moved around with the mana it stole from its previous users, to find someone else to wear it, an elf with revenge in their mind, to corrupt them and absorb their magic after they die.

When wyverns started hearing about these tales and started finding signals of these tales being real, they deemed the crown an object too powerful to roam around freely. They found the crown and store it in their temple, away from anyone who will use it. Since then, the tales and myths started to disappear.

The cool spoiler is an Add-on from Stormbril! Take a look at it!

A small shop of unique, interactive, and hopefully pretty dang neat CSS "add-ons" or "set-pieces" for sale. Check em out, buy em, and use em in your own world!

oooh can you imagine how magnificent's of forest one could create with this crown.

Love how you've shown all the different ways the crown is perceived in legend! Not a bad way to go, surrounded in, and eventually devoured by, flora :D

I feel that half the time with the crown must be pretty peaceful. Yeah, the crown is basically controlling you but you are making your own garden, with plants you like, feels relaxing and peaceful. The dying part is just a minor inconvenience xD

I will make a beautiful mushroom forest and then my corpse will feed many more mushrooms.   Quite a sinister object really. I like how you've shown perceptions of the crown from different societies, and also have the truth in there too.

I knew you would love to do a mushroom forest :D And glad you liked the additions! I've loved thinking them and adding them, the article was quite boring without them