- Thera, come over here, you'll get lost
+ Who is there? Mark? Are you █████████ again?
- Kraa caw
+ Oh for gods' sake, it's that bird again.

Golden seekers are small black birds that live near mines. They are know for helping miners find veins of minerals and metals in exchange of shinies and for tricking people with their imitation of Ithakill voices.

The Golden Seekers are small black birds, with big wings and a wide tail.

They have black feathers all over their bodies, with some odd feathers that are golden. Their eyes, golden as well, seem to allow them to see in the darkness while still allowing them to see light without being bothered. Their golden beak is extremely strong, there has never been a beak, found from an alive or dead individual, broken. Their legs are also black, with the bottom of them sometime slightly golden, and their feet are golden with black claws.

Both the golden feathers and the interior of their beak glow in the dark. The feathers doing so when near veins of minerals and metals, and their mouths because their diet. Most of captive birds do not have glowing mouths unless their caretaker gives them the bugs needed, which most do not tend to do.

They have great dark vision, being able to fly in the dark without problem.

Non-adults do not have the golden features that the adults display. Instead, their feathers are small and gray, and their legs and beak are black. 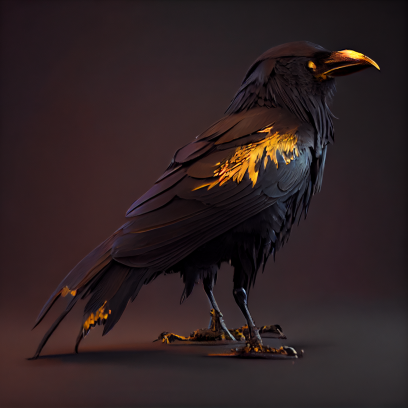 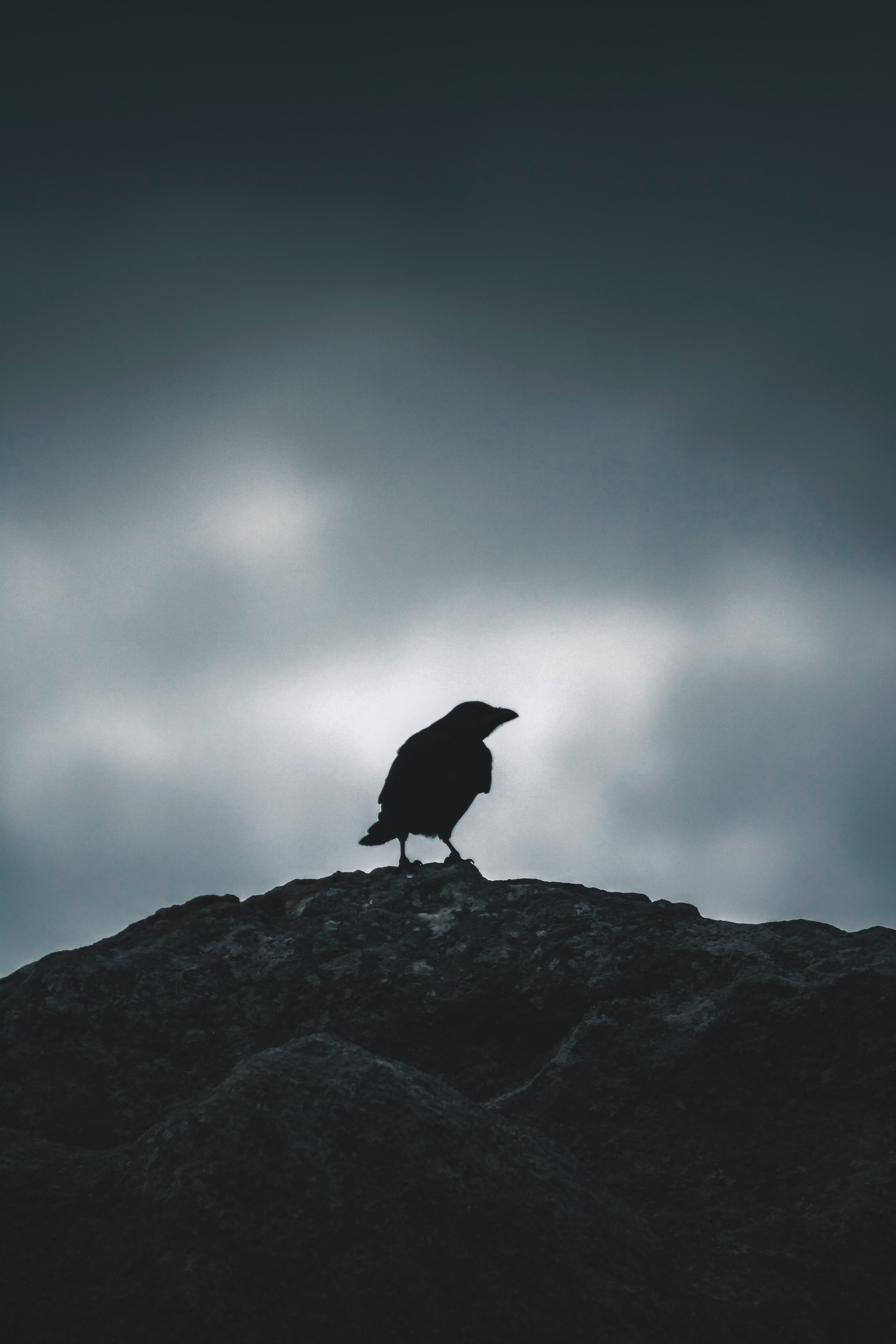 They mate for life. To choose the partner, both sides must agree. Females present the males the shiniest things they can find, while males show the females how much they can glow in the dark with both their feathers and mouths. They will then carve a nest on a wall near a mine (or inside for the most daring seekers) with their strong beaks, where they will nest. Each year they come back to the same nest to breed again. If a couple have find out their nest occupied or inaccessible, they will make another or use an empty nest; this, sometimes, have caused fights between couples.

The female will lay between three to seven eggs, and will brood them for about 20 days. The male will be always near the female, protecting her and bringing her food, and, sometimes, some shinies to make her happy.

They live near mines and inside the mines as well. Bigger populations of Seekers are found near mines of minerals golden coloured, they appear to have a preference for golden metals. They spend most of the time surrounding the mines, only going inside for winter and sometimes for food.

They are omnivore, eating from bugs, to berries, and sometimes carrion. Their favourite food seem to be a species of bugs that live near mineral veins and glow in the dark, called Miner's glowbug. These bugs seem to be the cause of their mouths shining in the dark.

They seem to be attracted to mineral and metal veins, their feathers glow as they get near of them, and as bigger the vein, the more shining they are. They are known by their hoards of shinies and for their love to trick people and other animals with voices or other tools.

They are social creatures, loving to be in communities. They tend to visit their parents and mourn their dead friends. They love being near Ithakill and specially tricking them with their voices, mimicking voices of Ithakill and hiding tools and objects that are small enought to be carried.

They have developed over the years a close relationship with Ithakill. They show the miners where veins of minerals and metals are, and in exchange, they win shinies and plenty food. Seekers that are born within Ithakill communities rather than in the wild tend to have black beaks that do not shine, in some case showing the golden beak but still no glow.

"Domestic" seeker could have glowing mouths, if the miners would give them Miner's glowbug to eat, but they do not tend to do so as it is more convenient giving them their food than finding (or farming) the bugs. It should be mentioned that, even though people call them "domestic" or "wild" seekers, they are all wild animals that do as they please, only helping and staying because it makes their lifes easiers. 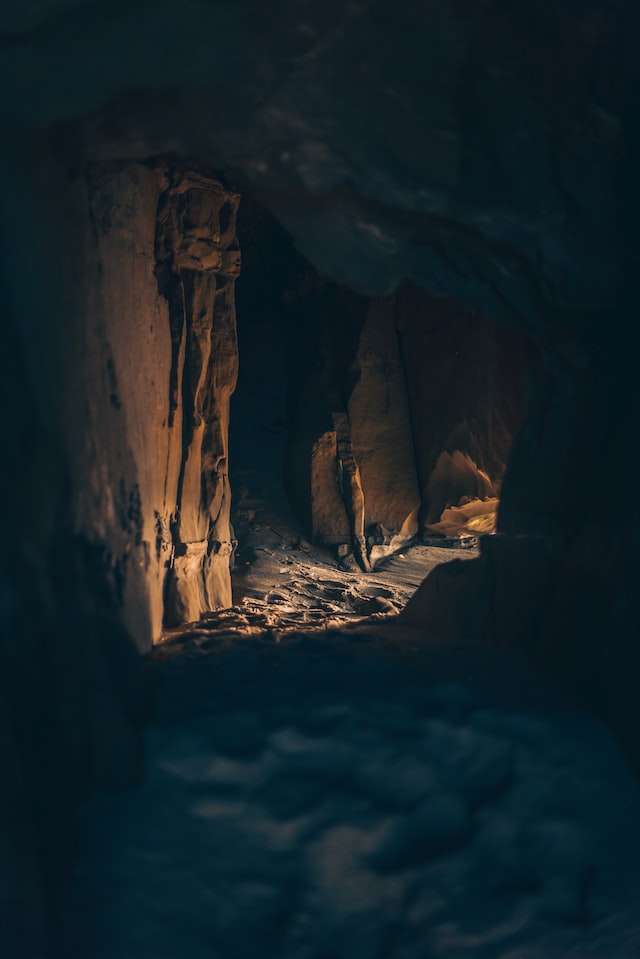 If you at some point can't find your friend seeker, it is pretty probable they are just spending time with their species, hunting Miner's glowbug, or just trolling you.

I love these birbs! The black and gold is so pretty and I love how cheeky they can be. :)

Glad you liked them :D

As a huge fan of corvids in all shapes and sizing, these birds and their exchanges for shinies really get me smiling. I love when the depths of the earth (mining) gets something unexpected, such as birds! Fantastic.

I'm glad you liked them! I also love corvids, they deserve some more love!